Yesterday, I shared this whole little mini-rant about all of the various IDEs I’ve tried (like Coda, Atom, and Visual Studio Code) over the past few years.

i think in the last five years, i’ve covered:

..and probably more. i think it’s worth evaluating 1/6

You can click through to read the whole thing, but this gist of it is that I’ve tried PhpStorm off and on for years, but it was never at a point that I enjoyed using it until the latest release (being 2017.1). 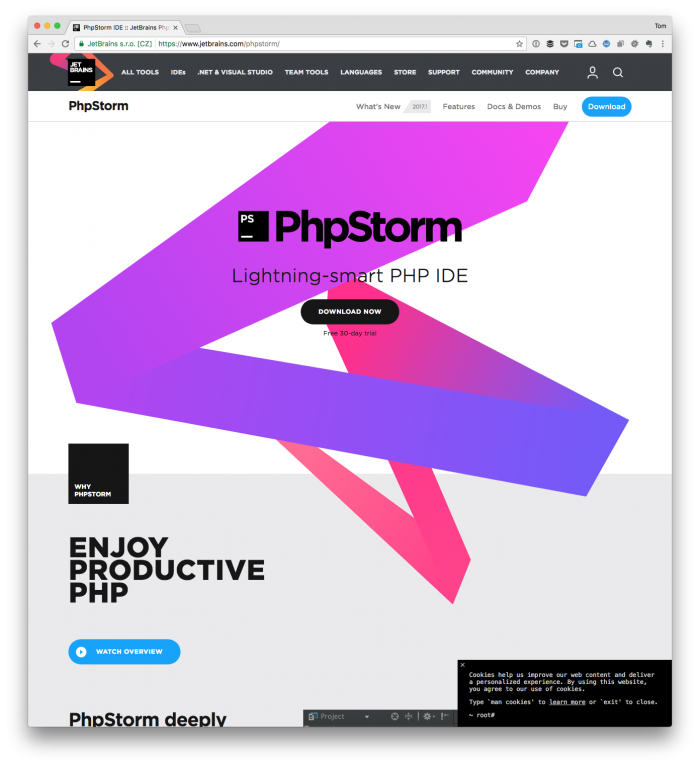 But if it’s slow and it’s in your way, and the interface is no good, and it’s generally all of the above things are not, then what’s the point of using it? So yes, I’ve been willing to sacrifice some of its power for lighter editors because I didn’t like how it handled certain things.

But that’s not the case anymore.

And originally, this post was going to be about how to achieve something within the context of PhpStorm. But I thought it might be worth doing some type of introductory post as to why I’ve finally started using PhpStorm for WordPress development in my day-to-day, why I’m [finally] enjoying it, and some other resources you may find useful.

First, I’m the last to be dogmatic about what editor you use. Obviously, I’m the one who’s tried about 14 of them before settling on this one. (And who knows how long I’ll stick with it. Kidding, this is likely the one for the foreseeable future.)

Secondly, each editor has their pros and cons, but one thing that’s prevalent in our industry is that the terms editor and IDE are often used interchangeably. I’ve been guilty of this.

Most of our modern editors can become a type of IDE given the right set of add-ons or packages, but it’s also important to recognize some of the features that powerful IDEs offer than many editors do not.

Again, packages for other tools can do this. I’m not making a case against that. I’m just sharing what I consider to be part of the core of an IDE if you’re looking for an IDE or for a baseline editor to customize to your liking.

Why I Use It

With all of that said, I need to mention that I have a few friends who have been laying down the peer pressure thick for years. (Admittedly, some thicker than others.) And that’s fine because I’ve always been one more to use the things I like and that contribute to my productivity.

Some, but certainly not all, of these friends include:

Anyway, I just so happen to revisit (for the third time, no less) PhpStorm a few weeks ago. And, surprisingly, it’s all I’ve used for the past few weeks without ever looking back or wishing I was using something else. 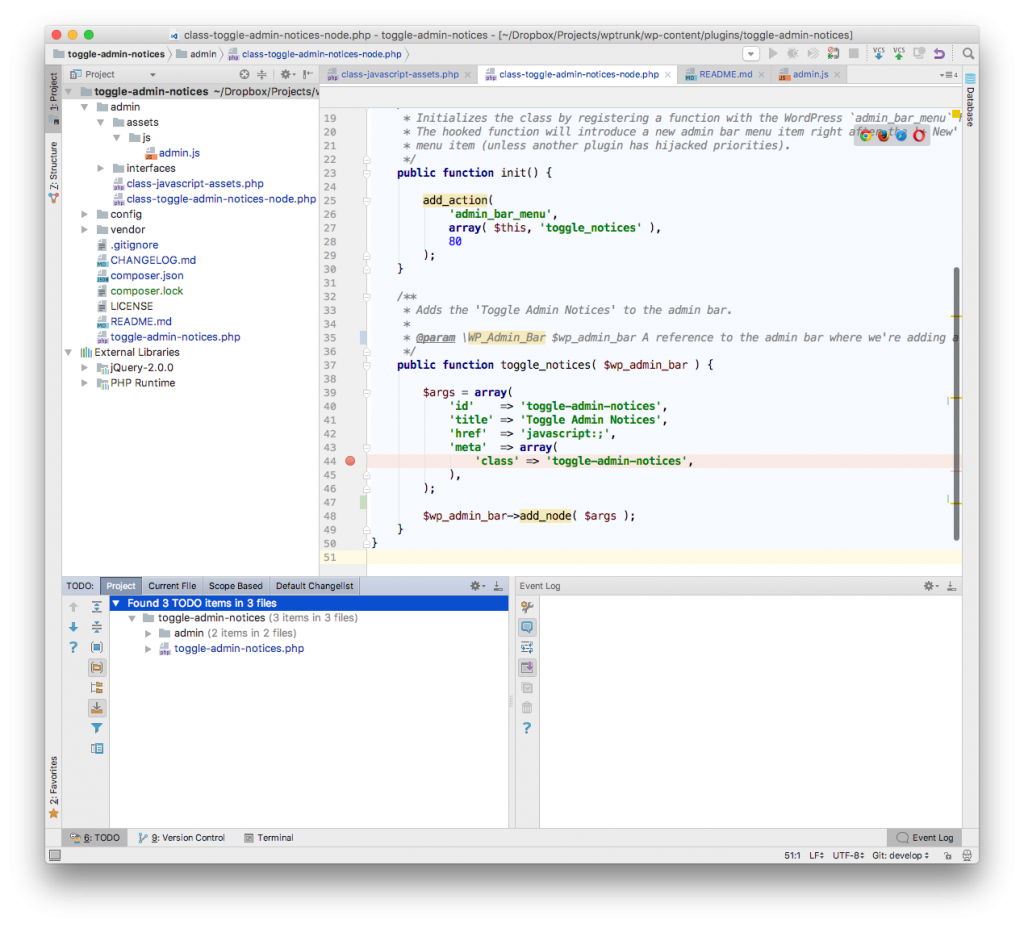 Granted, the vanilla color scheme leaves something to be desired – for some of us, at least – but I’ll do another post about ways to change that later.

If anything, I’m migrating everything over to it. And, on top of that, I’m using the command-line – again, as in as I did back in college with CVS – since it’s just right there in the available terminal. (But this doesn’t diminish my love for Tower.)

Why I Enjoy It

I don’t plan to go down an exhaustive list of all the reasons I like it thus far, but here’s a bulleted list (maybe with a sentence or two thrown in there to explain my take on things) and why you may enjoy it, too.

In no particular order, here are some of the things I enjoy:

So yeah, there’s more, but hopefully, this is enough to get you familiar with the things I’ve found useful over the past few weeks of using it.

Naturally, that’s just some of it. There’s more, and you know I’ll likely blog about it; however, if you’re on the fence about trying something new or you’re in a place where you have the ability to try using a new IDE for a new project, then I say 2017.1 is worth a try.

Finally, here’s a set of resources I recommend at least bookmarking so you can check just in case you get stuck with something in the IDE.

If you’ve got additional resources, link them up in the comments; otherwise, you can assume I’ll have future posts about this, as well.