And it’s not that there’s a total of seven or anything like that. Instead, it’s more about what people consider to be foundational to OOP: Are there three or four major concepts?

You can surmise from the previous article (let alone the title), I believe there are four. 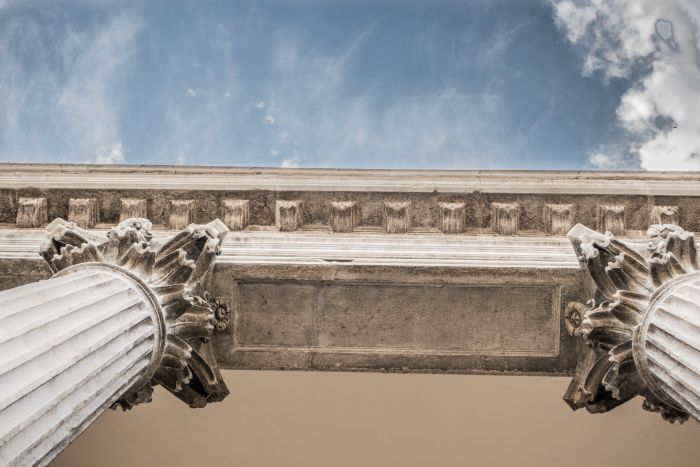 And in this post, I’m going to cover the final two:

If you’ve done any type of object-oriented programming prior to reading this article, you’ve likely heard of at least one of these.

Regardless, let’s take a look at each of them in more detail.

Before jumping into each of these, I want to be sure that you’re caught up in what we’ve covered so far.

A Word About Analysis

I won’t belabor the point, but the whole reason I’m now talking about object-oriented fundamentals is because we’re moving into a different phase of this material. We started off covering the Analysis phase which included:

If you’ve not read the previous post, I recommend doing so before continuing as it covers the concepts of Abstraction, Encapsulation, and how it relates to WordPress.

The concept of inheritance is pretty easy to follow. That is, one class can inherit attributes of another class. I’ll give a few examples of this in a moment, but let me provide a working definition for the purposes of this post:

Inheritance refers to the idea that one class, although it has its own impementation, literally inherits properties, functions, and general implementation from a parent class.

In very simple terms, let’s say you have a class called Document and a document has a title and it has content. Then there’s a subclass of document that has attributes for a date and time. We could call this a PostDocument or a PageDocument.

That is, the PageDocument inherits the properties and attributes of Document while also adding its own implementation to it. Make sense?

If not, don’t worry. It doens’t always “click” at first  so let’s look at another example.

Let’s say that we have a Message class. A message typcally has two properites:

It’s fair to say there are different types of messages though, right? That is, perhaps we have an EmailMessage or maybe we have a TextMessage.

An EmailMessage still has a sender and still has a recipient but it has so much more, right? It has things like:

A TextMessage on the other hand won’t necessarily have all of the above. Let’s assume we’re talking about a basic SMS message (versus a rich text message in something like Hangouts, Telegram, iMessage, or whatever else is out there).

But it still raises questions about properties and methods (or, more generally, implementation, right?)

A Word About Implementation

When it comes to object-oriented programming, we have what we call access modifiers. Perhaps you’ve read them elsewhere referred to as, say, visibility modifiers or something like that.

It’s all the same.

In short, these modifiers can be defined as:

Keywords that control what others classes have access to the information at hand.

Lucikly, this part is straightforward to understand:

So how is implementation handled? This varies from language to language but PHP does not support what’s called “multiple inheritence.” Simply put, a given class in PHP can only inherit (or extend) one other class. Not multiple classes (some languages support this).

When you extend a class, the subclass inherits all of the public and protected methods from the parent class. Unless a class overrides those methods, they will retain their original functionality.

Now that we have a basic definition of inheritance in place, we can talk about polymorphism. The good news is that it’s a large, weird word for a very simple concept.

The bad news is that we haven’t talked about interfaces or abstract classes. These are coming but they are considered part of the four pillars, so don’t worry about them right now.

Instead, think of it way:

Polymorphism allows us to refer to a class of one type when it may be declared as another type.

It still may be confusing, but remember our, say, Message example above? We can instantiate an SMSMessage class that extends the Message class and then call certain methods on it.

Sometimes, it’s easiest to understand this in code so let’s do that.

Then let’s define our SMSMessage class. Notice that it doesn’t have a receive() function. This will be important momentarily:

And let’s do the same using the SMSMessage class:

If you want the whole script, you can see it here, download it, and execute it locally.

Here’s the take away (and we’ll explore this more when we get into interfaces and abstract classes): When a class extends another class and it doesn’t have the implementation details that its parent class has, the parent’s implementation will be used.

The whole polymorphic thing is this: We’ve instantiate a class of one type, SMSMessage, but it’s using the implementation of a class of another type (that it inherits, yes, but that’s different nonethelesss).

Finally, I’d like to leave you with this: I’ve mentioned something similar to this in the previous post but I want to reiterate it here.

Regardless of how many of these concepts WordPress core uses, it doesn’t matter because we can write high-quality, object-oriented code on WordPress that interacts with WordPress and that plays nicely with WordPress (and other third-party code – not always, but many times).

Next, we’ll be looking at interfaces and abstractions.

These are still fundamental to object-oriented programming, but if you’ve understood the previous two posts, you’re set up for a solid experience with the upcoming conccepts.

And if not, don’t worry! You can always talk about it in the comments or we can chat about it more via email.