An Option for a PhpStorm WordPress Theme

Since talking about making the switch to PhpStorm, I’ve gotten feedback:

And I think all of that’s great because the whole point of starting off with a post about PhpStorm in general – as I have with other editors – is simply start from the ground up and show others how I’ve opted to setup my environment.

Obviously, this doesn’t mean that I think that choices I make are the ones others should make. But, at the very least, it gives an idea as to some of the tweaks I’ve made and as to why.

Over time, I’ll get into more technical things that I’ve chosen to do but, for now, I thought talking about the theme – a PhpStorm WordPress Theme, perhaps? – that I’ve been using as a place to start.

For those immediately interested, I’ve been using the Material Theme UI. It’s available in the JetBrains plugin repository. 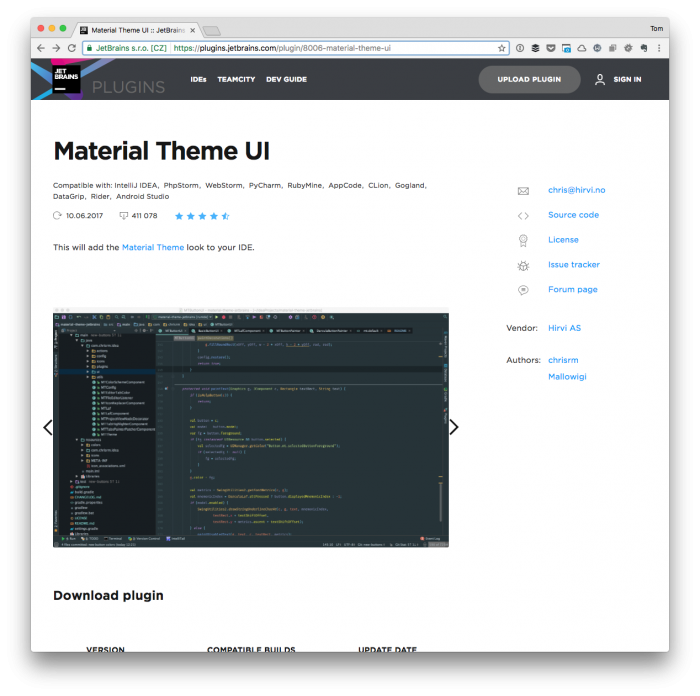 Yes, it’s a lot less white (which seems to be a major point of contention among many developers – myself included 🙂).

So this particular theme works well. Plus, it’s put together as a plugin meaning that you don’t have to download any files, move them into a directory on your file system, and then hope it works. 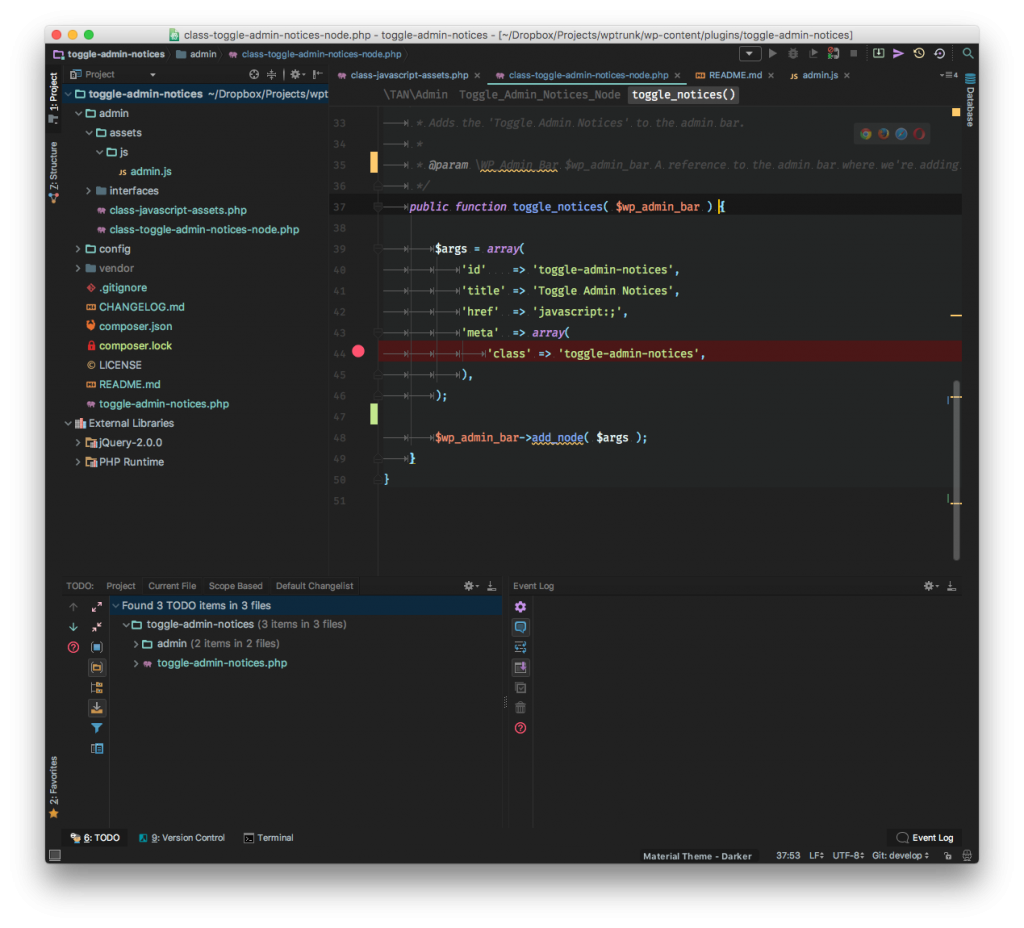 Beyond that, though, there are a few other customizations I’ve made:

With that said, I’m far from having my setup exactly as I’d like it but I thought to start with the basic setup would help some of the comments I’ve received both on this blog and on Twitter.

So if you have a configuration, feature, or something you like and that you think is worth installing not out of subjectivity, but out of productivity, let me know!