WordPress Queries with IN Clauses (Who Knew)?

A little over a year ago, I wrote a post on how to use WP_Meta_Query whenever you have a set of keys you want to use to help pull back information from the database.

What about the case, though, when you have a number of different keys that would result in creating a really long array for the WP_Meta_Query class? For example, what if you had to loop through a collection of data before even setting up the query?

But doesn’t that sound a bit cumbersome (let alone slow)?

When it comes to using the WordPress API, I do what I can to stick to it before talking, say, directly to the database but there are also times where it makes sense to write a raw query than to write some type of clever code just to get the WordPress API to work.

WordPress Queries with IN Clauses

Before getting into the rationale as to why I’ve done the things that I have, I want to explain the problem and the approach. This will likely save someone from jumping into the comments prematurely. 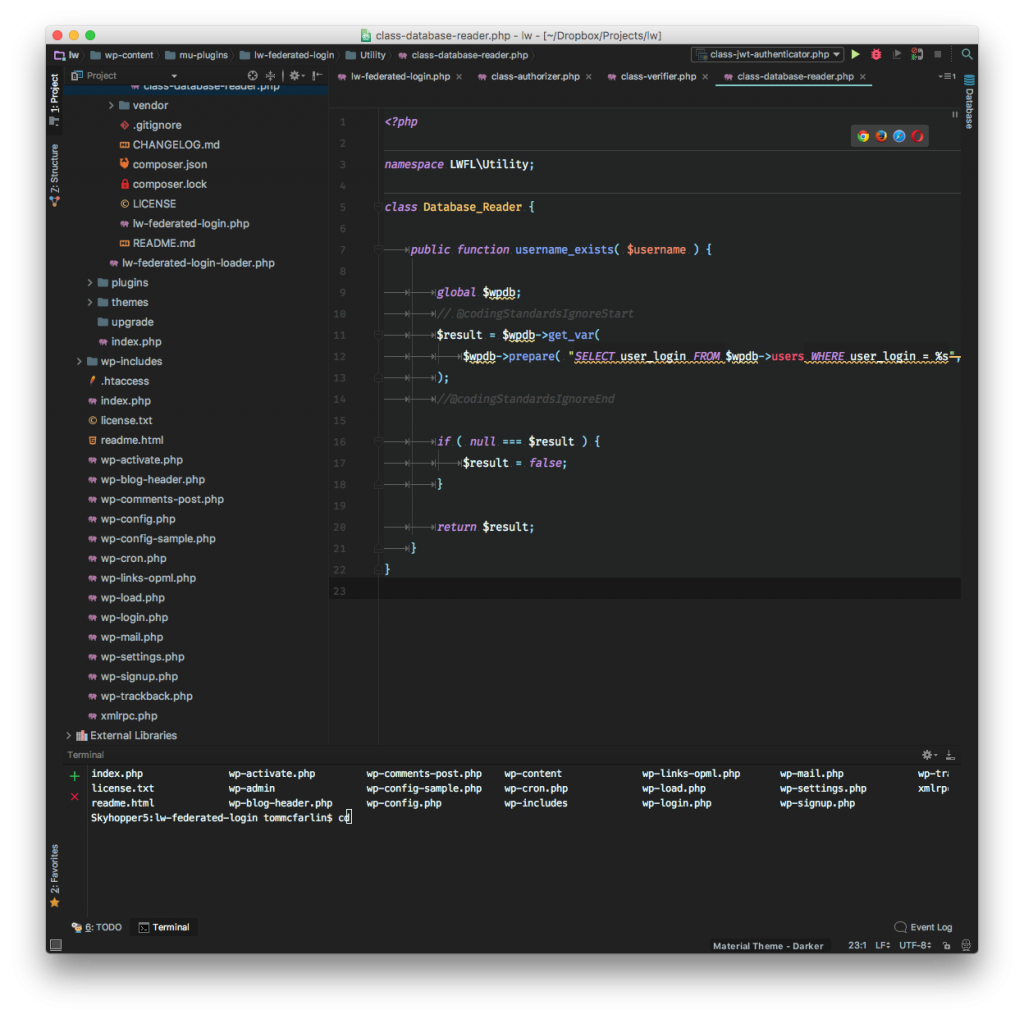 This screenshot has nothing to do with the query. Just a shot of the IDE for fun.

With that said, I’m going to explain a few things:

The reason for keeping metadata in an array as a property of the class is because this array could change over time.

When this data is kept in a single place, it makes it much easier to manage for future versions of the code.

Whenever you’re running a query against the database and you have to work with an array of data, you can use WP_Meta_Query and use each key as parts of the arguments array.

And once you’ve done all of that, I’m not convinced that the code that’s been written hasn’t come at the expense of performance. This is why, sometimes, I opt to use wpdb.

Now, when interfacing directly with the database, I try to make sure:

But I’ve been working with this specific set of data for a little while trying to use every permutation of WordPress development of which I am aware (including talking to several peers about it) to try to make this work in the best way possible.

It wasn’t happening, though. And that’s when I stumbled across the following page in the Codex:

And that’s exactly was I was trying to do: I was looking to search the post meta table where the meta key values were contained in an array.

So here’s how I worked all of this out.

First, I created an array to hold the various meta keys that I know I’ll eventually need to map (though the value of the keys doesn’t matter for the purpose of this post):

Then I converted them to a MySQL-ready string. Granted, this is not user input and it’s being using in an IN clause, so it can’t be used in a prepare statement:

Finally, I created the query and retrieved the results:

And that’s how I ended up working with the arrays, the class property, and setting up my query.

Is this is the best way to work with WordPress queries with IN clauses? I’m not sure, but given my experience, what I’ve read, and how it’s working, I’m happy with the end result.