What Am I Doing to Move Forward?

“What am I doing to move forward?” This question has been rattling around my mind since the beginning of this year. And much of it has to do with the amount of change and tension that I’m feeling for some things going on various things happening in a professional capacity (versus a personal capacity 🙂).

There are some [good] changes that have happened to Pressware. All the while, I’m doing what I can to make sure I’m investing not only in myself but the business, as well.

Still working on continuing to build a marketplace of plugins specifically for bloggers.

Of course, nothing I’m going to say is unique to web development, technology, or a software business in general.

This just happens to be the industry I know.

Here’s the challenge, though: There are more than a handful of things on which we can focus. But if we pick too many things on which to focus, it’s hard to really focus on anything to the degree that’s going to have any meaningful benefit.

So What Am I Doing to Move Forward?

But this brings me back to the original question (as well as its multiple facets): What am I doing to move forward…

If you’re like me, some of those things carry a bit more weight than others. For example, I got into computing at a young age, and I’ve had an interest in software since I was old enough to write my first subroutine in Visual Basic 3. 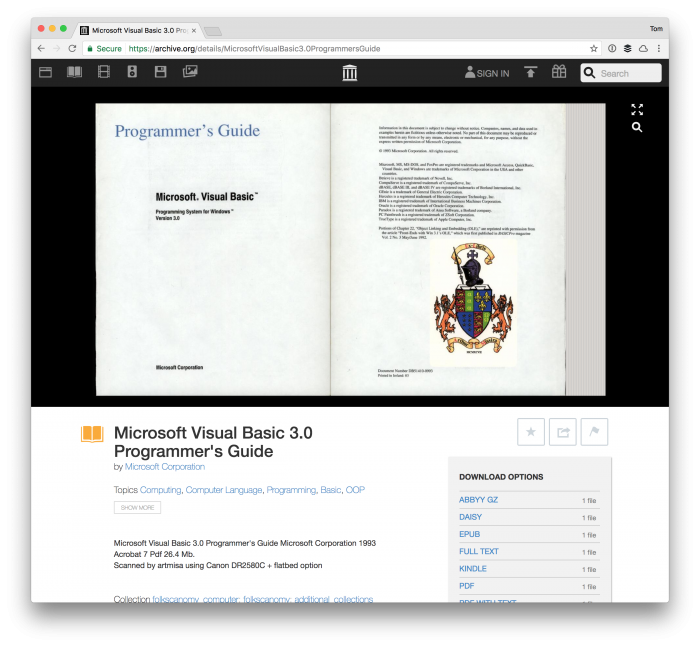 Anyone else remember this book?

It’s also naturally easier to lead myself than it is to work with a group of others and make sure that I’m focused on project management, business development, and all of the things that come with that.

Then again, having a team of people with whom you work, tackle problems, chat during the day, isn’t something I’d want to change. At least not at this point.

So leadership? It’s not that I’ve never been interested. It’s just that it wasn’t something I found myself wanting to pursue at a young age. And it certainly wasn’t something I was reading books about in my teen years (though I don’t know if many do). Even now, though I have an interest in it, it’s honestly not on the highest end of my interests, either.

So now there’s a balance to strike with making sure I’m staying up to date with certain programming paradigms related to my segment in the industry as well as making sure that I’m understanding and working on the attributes that make for a good leader.

Sure, there are other things you could throw into the mix, but it would begin to dilute the point to which I’m working. And that’s the same question that I started with: Though it’s something that’s occupying space in my mind, I think it’s necessary to be asking “what am I doing to move forward?”

What I’m Trying to Do Consistently

And employment – regardless of if it’s for yourself or someone else – is no different. As of 2017, these are the things I’ve been doing to try to make sure I’m moving forward in all of the ways I want:

And above all else, I seek to remember the following whenever I start each week:

I could do better with the fourth point. Right now, it’s easy for me to wrap a project and move on to the next without doing more than evaluating how it went, making a note on what to improve next time around, and moving on to the next thing.

It reads like it’s a lot of work. That is, it reads like it takes an entire day of other work to fit this in. But the truth is, it’s a combination of time management, not fitting all of it into one day, and creatively putting it to use.

Sometimes it’s listening to a book when you’re driving to wherever it is you’re headed. Other times, it’s pinging someone on Slack or via email or DMs on Twitter to make sure you’re working through whatever resource or fitness plan you said you were going to be doing for the month.

Other times, it’s direct self-discipline such that you’re writing down things as they happen, your thoughts around them, and maybe even presenting them for others to read.

And, naturally, it might be cutting out something that feels like it’s generating forward motion but is stopping inertia in more important areas.

Case in point: For me, I don’t use certain social networks or use them on my phone. In fact, I don’t always participate when things are happening. 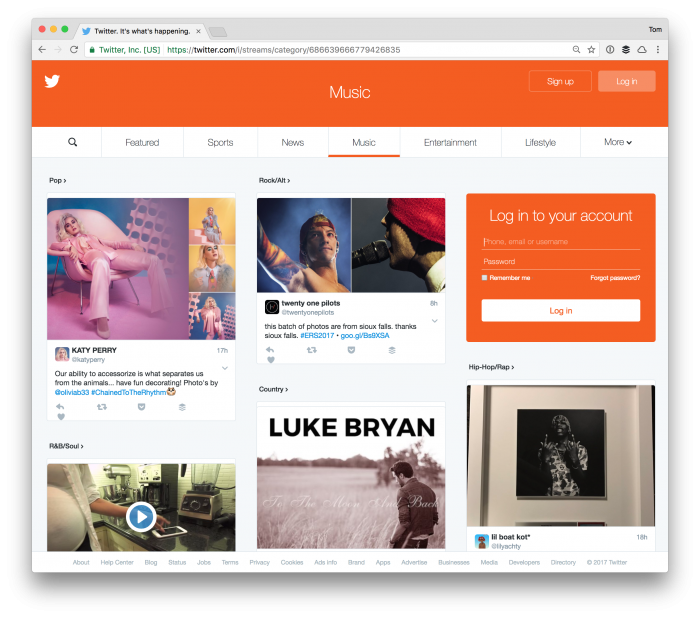 Twitter’s one of the social networks I use but only use during the workday.

I’m late to the game enough such that you can ask some of my friends to confirm this: There are times where I have to ask them “what started the outrage on [this topic] today?” And I’m someone who tries to read the news several times a day.

No, I don’t want to miss out on anything. But paradoxically, that’s exactly what I’m opting to do when I decide to step away from one thing and focus on others.

We’ve all heard the “saying no to one thing is saying yes to something else,” but sometimes I think that saying “no” to a few things give us much more freedom, time, and ability to move forward with one more thing.

Regardless, there are a lot of ways in which we can move forward. And though I’d not necessarily consider myself someone who has it figured out, I’m certainly working towards making sure I’m further along today than I was yesterday.