Versions App is one of those Subversion clients that’s been around for years. In fact, when I moved to Mac, it might have been the first one I tried. 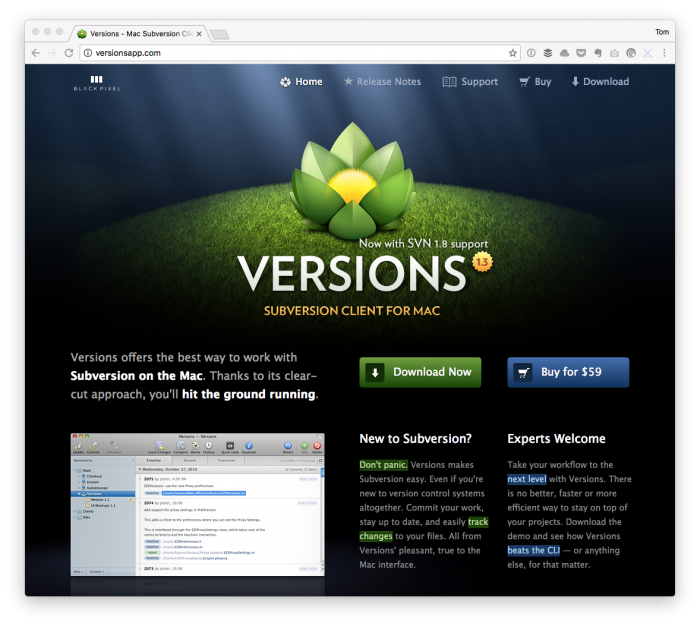 I liked it, too. It did what I needed it to do, it did it well, and it was simple. And that last part, simplicity, is something that I really want out of software these days.

Maybe I’m getting old. Or maybe I’m developing better taste. I’m going to go with the latter one for this.

Anyway, for some time I ended up using a slightly more advanced client that had a wider range of features, and that did some really good stuff as far as Subversion is concerned. But over time, I’ve migrated further and further away from Subversion.

And in doing so, I’ve begun to re-evaluate my tools (as one should do from time-to-time).

For those who have read this blog for any length of time, you know I’m a fan of Tower as a Git client. I’m not against the command-line at all, but I do like some of the UI features Tower offers.

And don’t get me wrong: I dig on the Terminal as much as the next developer (well, at least some of them), but I also like having a nice UI and UX for some things. And version control is one of those things. 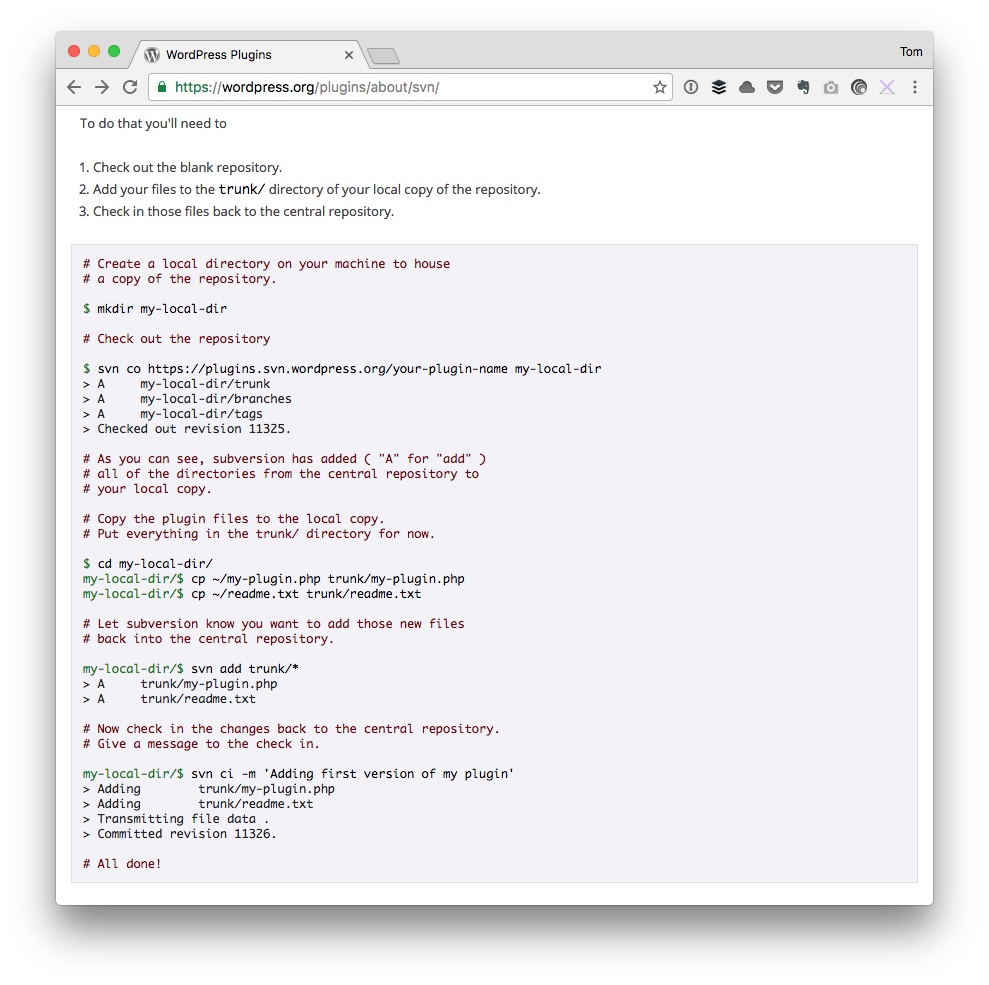 Perhaps I’m more of a visual person. But I digress.

Since the WordPress Plugin Repository is the only place I’m using Subversion these days – both for personal and professional projects – and since I’m all for a simpler UI, I’ve opted to swap over to Versions for my Subversion client of choice.

I’ve been using it for a number of plugins (as of late, most notably Page Template Dashboard), but also for WordPress Trunk. 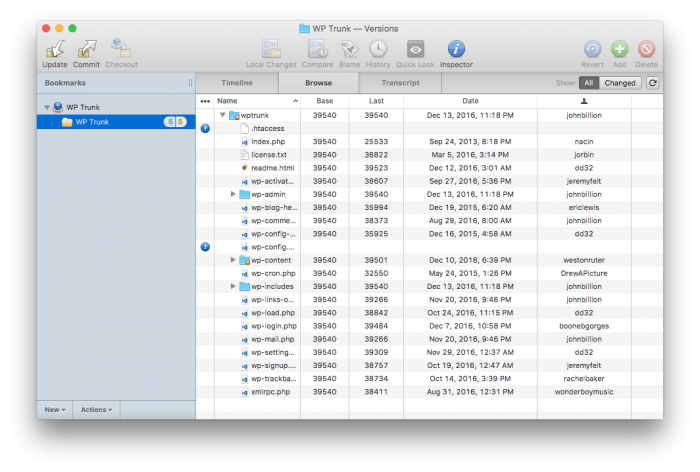