With this being the last post of the year (and I look towards 2017), it’s easy to want to fall into the standard retrospective post. And there will be some of that.

Initially, I planned to keep this relatively short, but that didn’t work out. But I tried to make it as much of a quick read as possible. That is, everything is in a bulleted list. 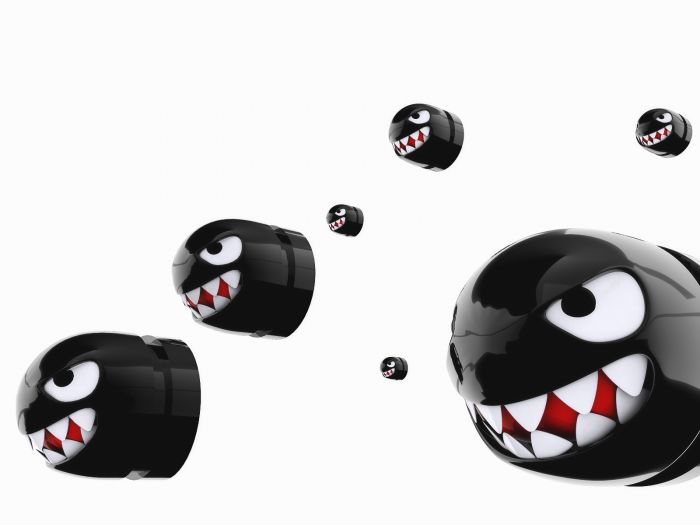 No, not that kind of bullet. (I’ve been playing too much Super Mario Run!)

Here’s what I’m going to cover:

Now that you know, you can decide whether or not you want to read more or not. So here goes.

I guess it doesn’t sound all of that groundbreaking regarding things other people publish, but that’s okay. It is my site, right?

As far as long posts are concerned, I’ve already had my fair share of those throughout the year and there will naturally be more to come. Consider this just another lengthy post.

I’m not a huge fan of writing about me. I like writing about development and tangential topics, but when it comes to this kind of stuff, I think it’s okay to reflect on accomplishments.

The above isn’t meant to highlight “successes” so much as just “what I’ve done.” There were failures, missteps, and mistakes. And if that’s worth reading, then let me know via Twitter; otherwise, everything above includes the highlights of what I’ve done so far.

There’s a lot more that I could say related to all of this, but these are the high points. I’m looking forward to the coming year both for this blog, for my work with Tuts+, and for my work with Pressware as I feel that I’ve clarity around a number of things that I’ve not had before. 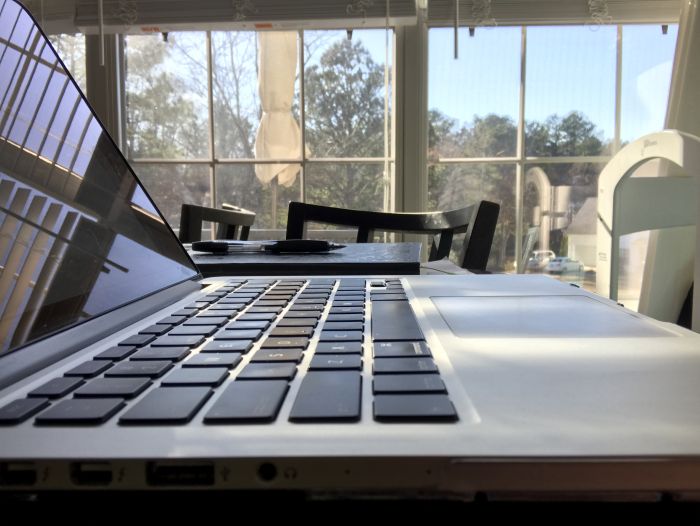 It’s weird that all that we do can come from a machine like this.

Perhaps this is a natural part of growth in work, business, and in one’s personal life. Or perhaps it’s a natural byproduct of trying to aim a bit higher than the year before consistently.

Regardless, I’m eager to look back on this post in one year and see what’s transpired.

I’ve wavered for a long time on if I want to get involved with writing on Medium. The platform is intriguing to me, and I think it’s worth examining what competing products are doing for a variety of reasons.

But, as of late, I’ve been increasingly interested in data security and privacy (though I digress on the reasons why). So I’ve decided to start documenting my journey through this on Medium.

The idea of writing about privacy and data ownership on a third-party platform is beyond ironic. Even still, why not? At least I can export my data. 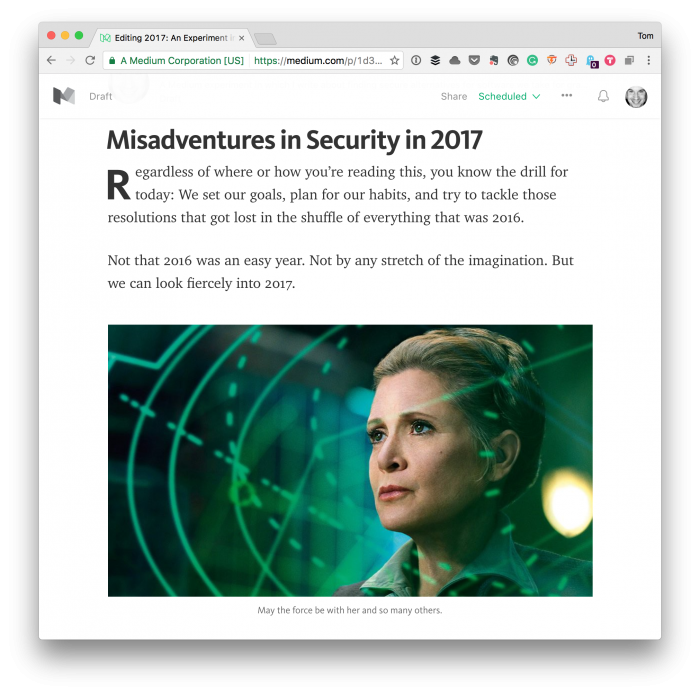 A look at my first draft on Medium. I’m still working through it.

The first post will land on the first Monday of the year. So if you’re on Medium (or even if you’re not), you can follow what writing here. I don’t know if I’ll stick with it, and I talk about that in the post, but I think the topic is niche enough that it will stand on its own for some time.

But that brings the total number of public blogs for which I’m writing up to three (or four, if you count my writing on Tuts+).

At any rate, I’m eager to see how it turns out. Though I will say, after studying Medium for some time and the community within, it’s very important to pick the people you follow and the publications you read.

Otherwise, you just get confirmation bias and lots of complaining. If that’s your thing, go for it (seriously!). But I’m interested in other things that are less susceptible to the same things I can find on any other social network.

I just want something different.

With that said, whether or not you’ve occasionally been reading, or you’re a drive-by reader, or you’re a long-time reader, I sincerely appreciate it. 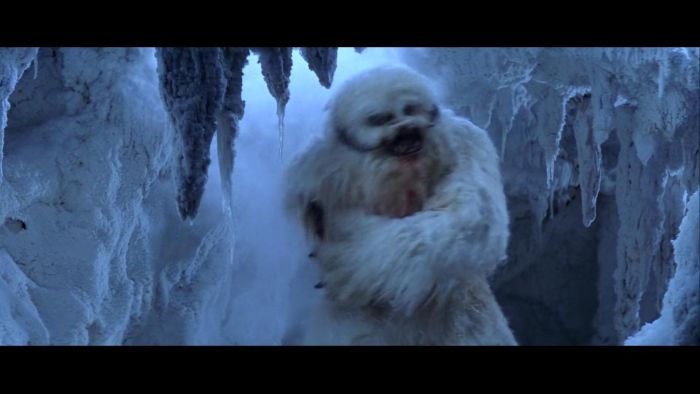 So I look forward to writing both here on a few other sites and hearing from you wherever you read. And if you opt not to read, that’s cool with me.