Syncing Atom settings between multiple machines is useful in that you’re able to maintain all of your packages, settings, and so on regardless of the machine you’re on.

And yes, I’ve been talking about Atom a bit more as of late. I’m clearly a fan. But that’s evident, right?

If you maintain more than one machine, then it’s usually nice to have the same development environment configured between the two of them.

Here’s a method for syncing Atom’s settings between though it does assume you use Dropbox. If not, any service you use for sharing files can be used, but your actual steps will vary. 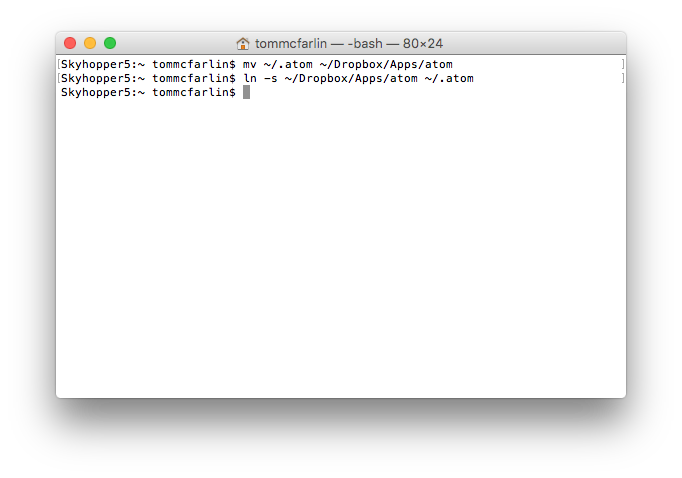 The gist of what we’re doing to do is:

It’s only two commands, but I think it’s worth understand what we’ll be doing before actually doing it. Note that I maintain an apps directory in the root of my Dropbox directory, so my commands are using that path.

From the Terminal, first enter the following command:

Next, enter this command:

And that’s it. Once done, you’ve moved your Atom settings into Dropbox and then created the symbolic link from where Atom expects to find its settings to where they are.