Back to Twentyseventeen for My Blogging Theme

In the last couple of months, there have been a handful of theme shops that have been acquired by larger hosts. There are obvious benefits to those who run both the shop, the hosting company, and to the customers of the given hosting company.

This also, however, leaves niche theme shops in a unique position. I’m in the process of slowly re-building my business’ site. And in the meantime, I’ve asked the following a question (a few times, actually – yes, I’m quoting myself in a tweet 🤷🏻‍♂️):

with all of the theme shops being acquired by hosts, what are some of your favorite niché shops? (i’m still a fan of @thethemefoundry)

The reason I ask, though, is two reasons:

And the purpose of this post has more to do with the latter point than anything else.

Twentyseventeen for My Blogging Theme

A few weeks ago, I swapped my blog over to Twentyseventeen. More than a few times, I’ve been asked: “why?” 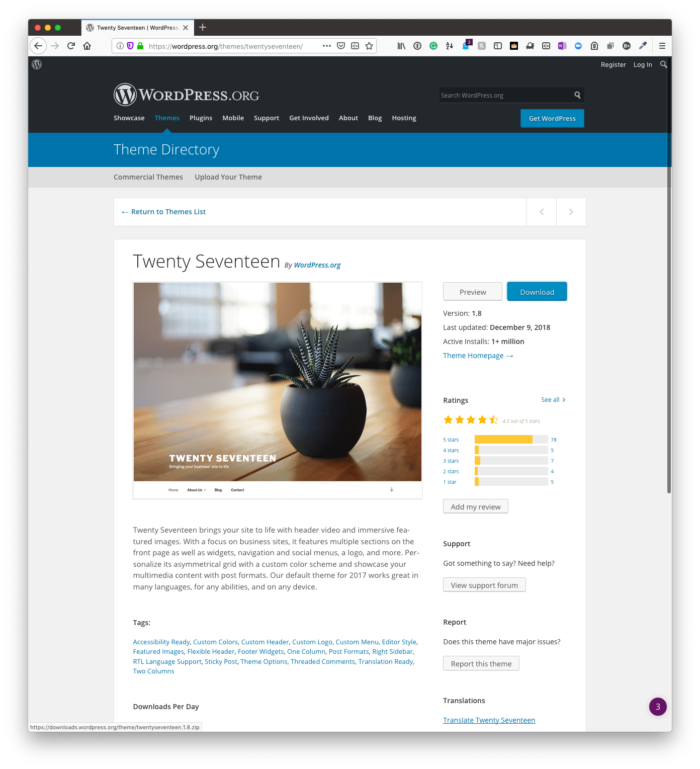 Because this site is a blog, readability is arguably the most important factor. Twentyseventeen seems to have the highest degree of readability, appeal, and continued support from the vendor (namely, WordPress.org), it makes sense to stick with that.

The longer answer, I suppose, is that I want to make sure that with all of the upcoming changes to WordPress from 5.0 and those coming in future phases, I want to have a theme that I can trust with a reasonable degree of certainty that it will be compatible for each phase.

Themes for Other Purposes?

When it comes to building other sites that aren’t blogs, I’m less concerned. This is why I still stay interested in vendors such as The Theme Foundry (specifically, their Make theme). 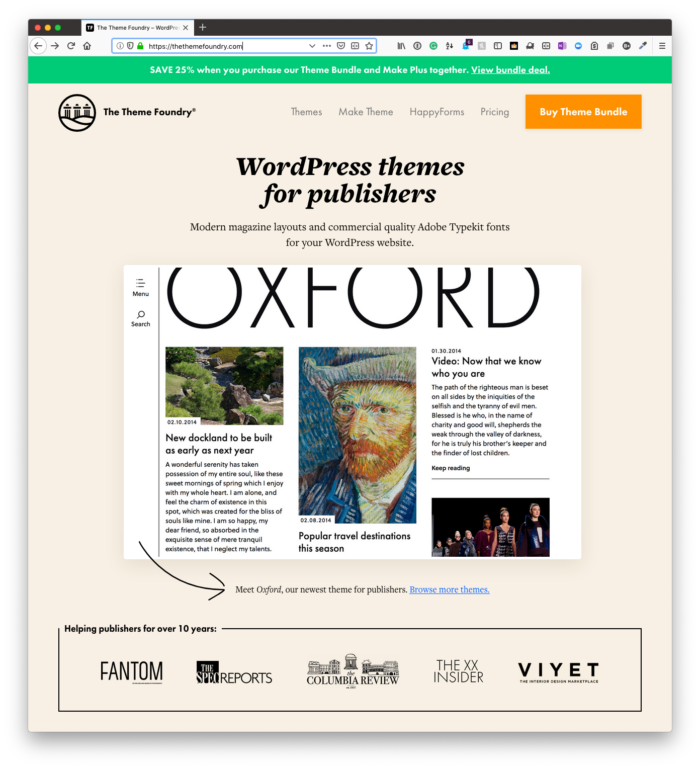 Of course, they aren’t the only company doing so, but they are one that I respect and have to mind often during as we’ve seen the theme landscape continue to change.

WordPress 5.0 has brought with it arguably the most talked about and most drastic change to the core writing experience that we’ve seen in over a decade (at least, perhaps?).

For better or worse (read: depending on who you are), this may be good or bad. Rather than worrying about the overall situation, I’m more concerned with adapting to it and making sure that I’m using the best tool for presenting information and thus the best tool for the job for a situation or given project.