Writing a Plugin (and Doing It Live!)

Earlier this week, Pippin Williamson (of Pippin’s Plugins) sent out the following tweet:

What's a plugin that @nocross and I could build during #wcmia and release for free? #WordPress

Neat idea, right? Have he and Andrew Norcross – a fellow WordPress developer – create a plugin during the course of a WordCamp that could be released for free.

So I tossed my idea into the ringer:

@pippinsplugins @norcross write a plugin that identifies all comments that have *not* been replied to by the post author.

You can actually read the entire conversation here.

This has been a plugin that I’ve wanted for a long time, and I assume anyone who’s actually maintained a blog for a significant amount of time would do the same.

As it turns out, I’m going to be joining Pippin and Norcross in writing a plugin for exactly this. And we’re gonna do it live. 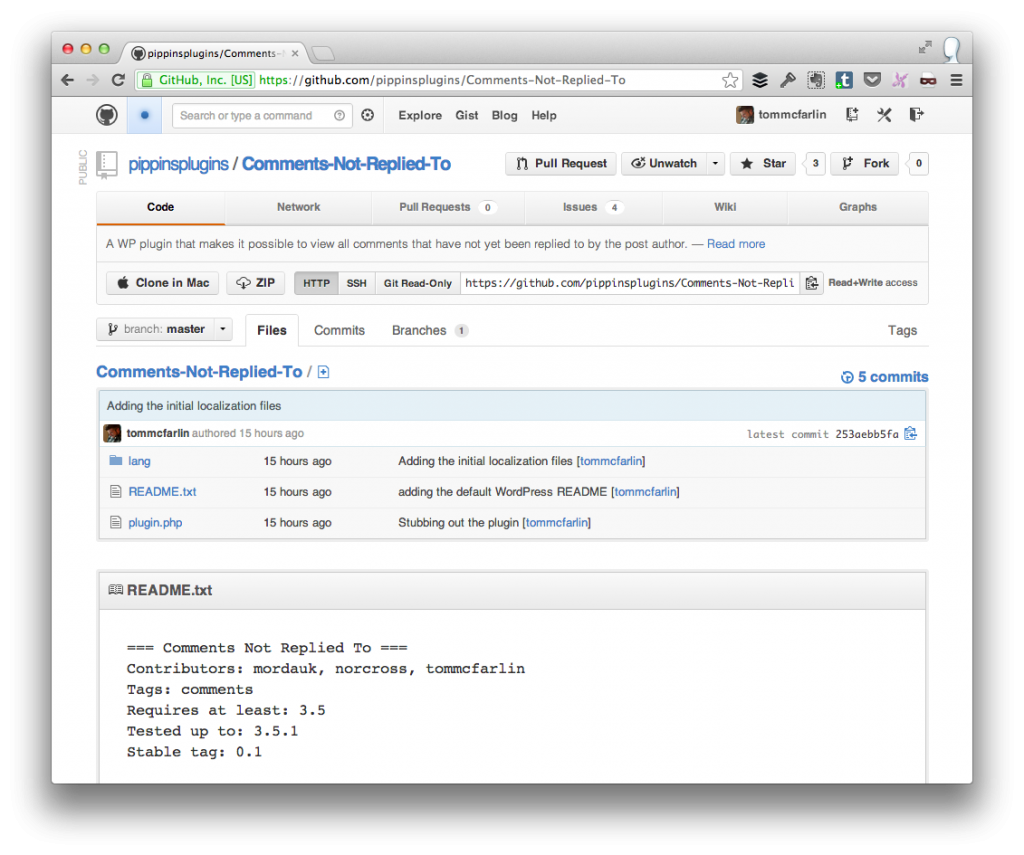 Comments Not Replied To Plugin available on GitHub.

The plugin is currently titled Comments Not Replied To and the primary purpose of the plugin is simple:

Easily see which comments have not received a reply from each post’s author.

Although I won’t be attending WordCamp Miami, we’re going to aim to have this thing completed by the end of the WordCamp. Right now, the core feature set should be as follows:

And We’ll Do It Live

Though this plugin will eventually be released in the WordPress Plugin Repository, we’re going to be keeping it on GitHub so that at any course during its development you want to install it, you’ll be able to download it and do so.

Of course, we’ll also be looking to talk with you guys via Twitter about features you’d like to see, issues you may experience and so on.

At any rate, it’s gonna be fun and hopefully doing the development live will add to it.