I’ve mentioned WP Migrate DB in previous posts, but it’s been at least two years since I’ve last written about it.

In two years, software can change a lot and WP Migrate DB is no different. I’m still a fan, I still recommend it to people, and I still think that it’s an extremely valuable plugin for any WordPress developer (or even someone who works with WordPress site migrations) to have available. 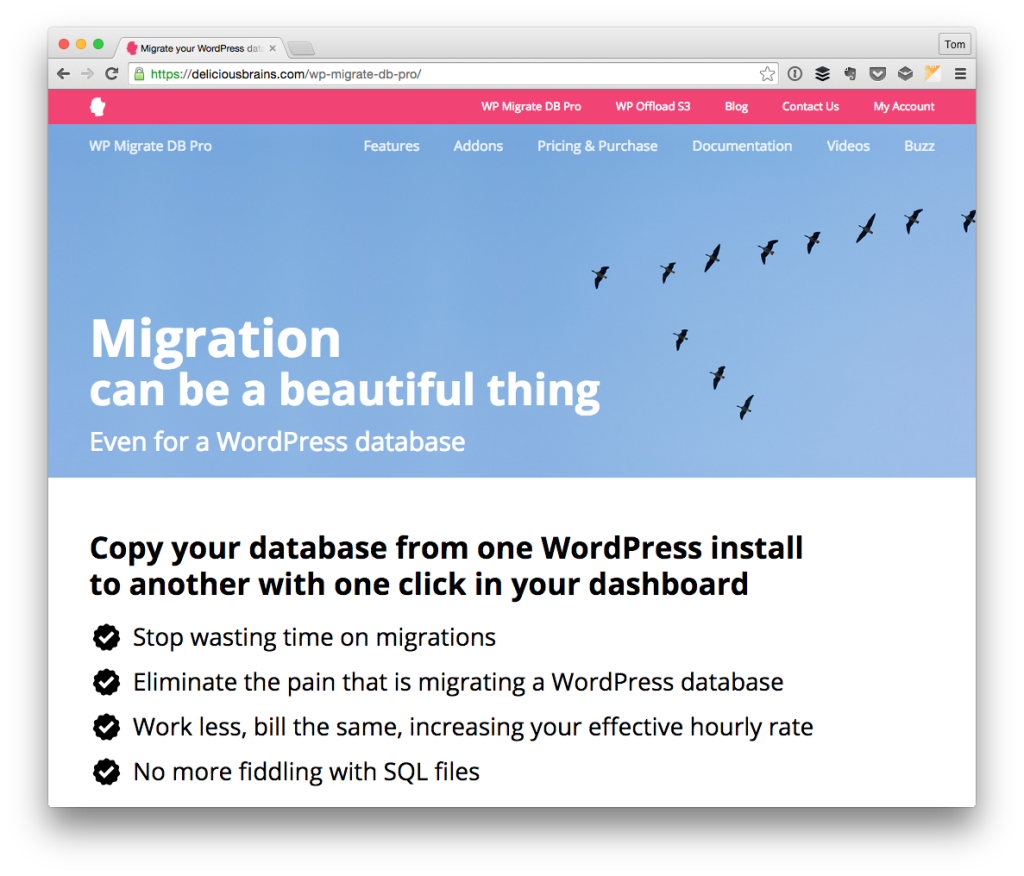 The point, though, is not for me to sit here and promote a plugin or to try to push something on you. I’ve said what I need to say in terms of who needs it.

And that requires an understanding of why each person should have various environments setup for their project development. If you’re an seasoned developer, this post isn’t for you.

But if you’re getting started with WordPress development or looking to refine your workflow, then follow along. I’ll make this quick.

WP Migrate DB and Your Workflow

The biggest advantage the plugin gives you, as someone who’s building things for others using WordPress, is the ease at which you can transfer data from your environments (including your uploads) should you need to be able to do so.

This makes deployments so much easier than having to manually script moving databases from one location to another.

But if you don’t have any kind of workflow setup, then I highly recommend looking into getting one setup – I’ll talk about this more in a bit.

Above all else, you need to have at least three environments with which you’re working.

Three environments common to anyone who’s building web applications (not just those on WordPress) are:

I’ve talked about this in much more length in other posts, so if you’re curious about those details, then you can read more about them.

The Role of WP Migrate DB

So where does a database plugin come down into all of this?

Migrating source code and WordPress from environment to environment is easy. You can use a deployment tool like DeployBot or Codeship without any problems.

But what if you’re piping a lot of information into the Development database you want available on Staging or vice versa? Then you’ve got to go through this entire process of exporting and importing an SQL file.

Literally, the amount of time this single plugin has saved will yield a return on its purchase in a single project.

A Tangent On Workflows

This post is meant nothing more than some of my personal thoughts on WP Migrate DB, why I like it, and why I think anyone working with WordPress in a professional capacity should be using it.

But if you’re looking to build out your own development workflow, a single plugin is not going to cut it.

I know people are eager to learn both development and how to setup workflows that work great for them. I’ve already covered the WordPress Developer’s Club which is great if you’re looking to get into software development and/or engineering.

But what if you’re looking for various workflows to improve your already-established way of getting your stuff done? 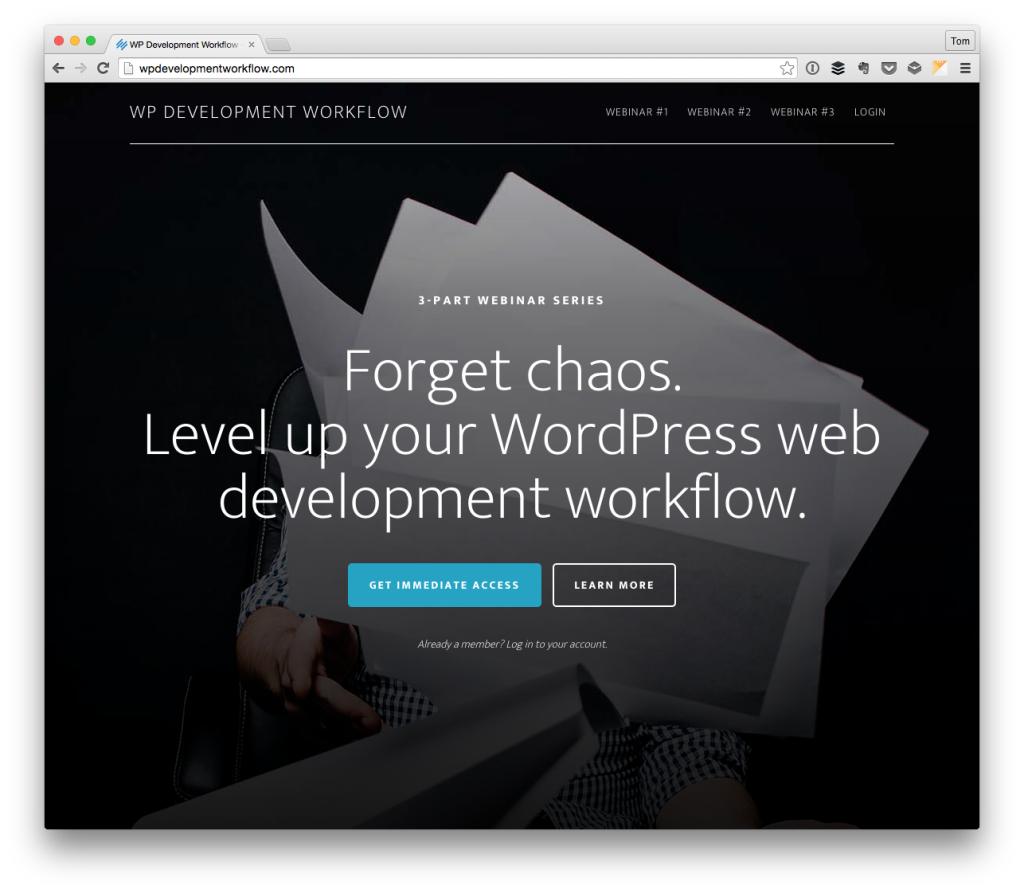 In that case, you may be interested in WP Development Workflows with Carrie Dils and Mika Ipstein.

This may read more like a commercial rather than a recommendation, but it’s not – the short of it is that these are two experienced WordPress developers who are working to help people level up how they work with WordPress.

There’s Always More To It

Anyway, there’s a lot more than could be said for how to work from your development environment into production and perhaps I’ll continue to write more about that in the future

But in the meantime, Carrie and Mika’s isn’t a bad series place to start if you’re looking to up your game a bit. Neither is using a database migration plugin.