Sponsored Posts: They Should Be About the Reader

For as long as I’ve written on this blog, I’ve always approached it with the perspective that this is my content all based on my experience. And given that the blog tied to my name in the domain, it seemed to make sense. 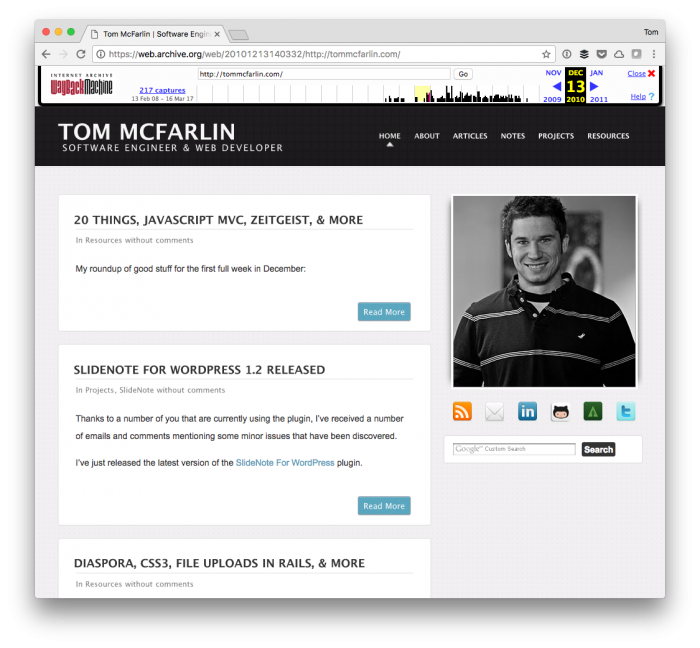 This site, as it were, back in 2010, courtesy the WayBack Machine.

And as I’ve mentioned numerous times throughout the year, there are some changes coming to this blog – all for the better, of course (at least that’s the goal) – and the first change I’m looking to introduce is to begin offering sponsored posts.

Sponsored Posts (And How To Do It)

As an avid reader of a number of other blogs, sponsored posts often seem spammy.

And that last point is what I really can’t stand about sponsored posts. No, I don’t think there’s anything wrong with an author wanting to promote a tool to his or her audience. However, if they have an audience, I think it’s important to respect their time that said readers are voluntarily giving to the site.

To do that, I believe that sponsored posts must be something that’s useful to the readers. A healthy percentage of the readers should:

Ultimately, if you’re not catering to your audience, then you’re not doing a good job of actually sponsoring content. You’re essentially running meaningless posts.

So What About This Site?

Starting in the coming months, I’m going to be allowing sponsored posts but there are going to be some very strict rules around it. For example:

Above all else, readers come first.

If you’re someone who’s interested in having a sponsored post run on this site, I’m going to have what’s essentially the same thing as a press kit for you.

Instead of being all about this site, it’ll be about what a sponsorship offers, how I expect content to be provided, and the usual analytical data along with options for promotions via social media.

There will be some other information included all of which should help make the process that much easier when preparing the content to be sponsored.

But, as previously mentioned, the readers come first so if you’re looking to promote infographic or tools for designers, this is really not the site for it (though I’m sure I’m still going to get this despite this sentence 😏).

This is something I’m looking to roll out within the next month or so (along with some other changes). I’m closing the comments on this particular post because I don’t want the conversation to devolve into something that’s not productive.

Instead, I’m more eager to hear directly from you in my inbox. With that said, I look forward to seeing what kinds of things we can work together to bring to the rest of those who are involved in WordPress especially as developers (though no fully excluding anyone else).