Postmatic for WordPress Comments (and So Much More!)

In November 2014, I stumbled across Postmatic which aimed to make WordPress comments a bit easier to manage (for those who end up getting any form of comments on your blog). 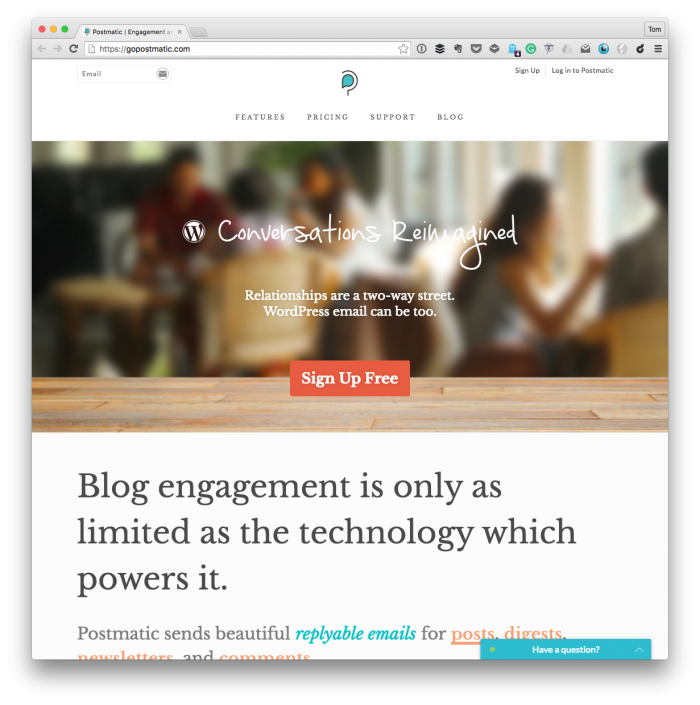 Since then, I’ve written several posts about the service. These articles span from 2014 up through the middle of last year:

And to this day, I’m still a fan. Jason, Dylan, and the rest of the team (along with some help from guys like Carl and Josh) have continued to put together an amazing service that makes responding to comments that much easier.

I know: This first little bit sounds a little bit like a sales pitch, and that isn’t my style, so I’ll refrain from talking about the plugin and the service from that angle anymore.

But I will say that I’ve been using Postmatic since the beginning and following up with comments has always been much more pleasant of an experience when I can do it from my inbox.

As the product keeps maturing, more and more useful features are being built into it.

The initial version of Postmatic was to improve WordPress Comments – and it did – but as the product has grown, it’s also solved some other problems.

Some of you may be familiar with its companion plugins, as well. These plugins are:

Though I don’t use either of these at the moment, they do offer some nice enhancements to native WordPress comments.

But enough with the tertiary products, right? If you dig them, use them. But I continue to be a big fan of Postmatic and with the latest release, I’m digging on some the new features. 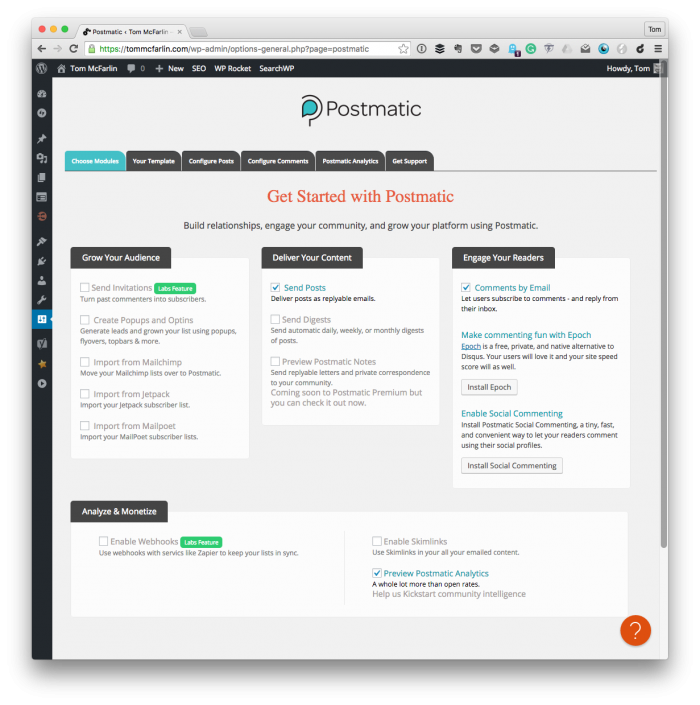 Though it’d be fun to go through all of the features in detail, I also know that it’s faster to read through a summary of features and what each does to help make a decision. 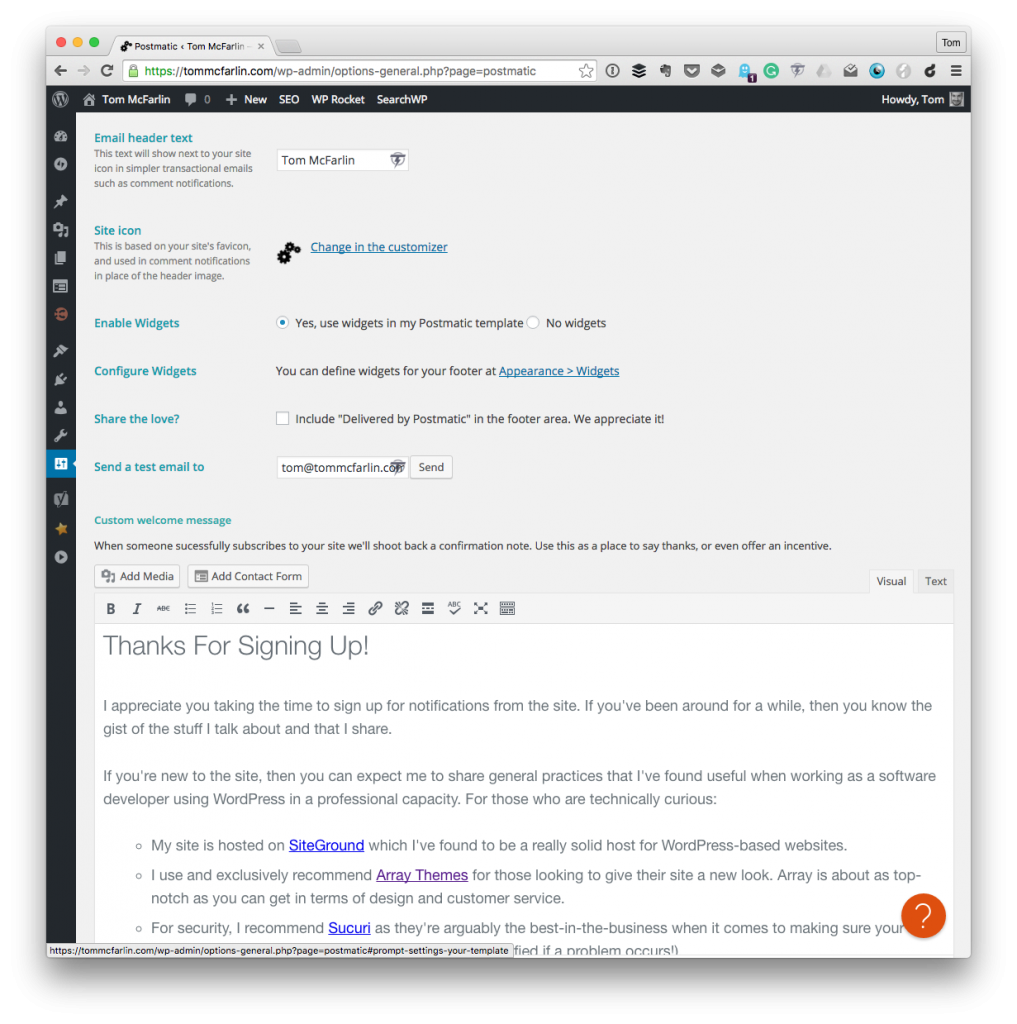 To that end, I’m going to highlight some the features including those of which I enjoy the most.

Yes, there’s more to this plugin and this service than what I’ve listed above so you can do much more with it than what I’ve provided. But hopefully, given the list above, you can see exactly why I’m a fan of using this service for WordPress comments.

Ultimately, I think it gives those who subscribe a better experience, and it also makes it easier to handle reading, monitoring, and responding to comments much easier, as well (at least, if you’re used to running the majority of what you do online right from your inbox).

Though I generally share content that’s geared towards WordPress development, I occasionally break and share content focused on different aspects of blogging itself. Part of this is because I, you know, enjoy blogging. And part of that is working with comments (and that’s why I’m such a fan of this service).

I can’t say enough good things about the team behind the service, either. Not once have they ignored a request, let me down with a reply, or even failed to ask how my experience has been in using the product. It’s a rare experience to find customer service like this in the WordPress product-space. Don’t get me wrong: There are great people and great products, but there’s also a lot of noise. It’s nice to encounter those who are standing above the rest.

If you’re a blogger and who enjoy chatting with others via comments and want to give them the best experience possible as it relates to talking with you about any given post, then I can’t recommend Postmatic enough. For me, it’s increased engagement, decreased frustration, and it’s helped my subscriber list grow (not that I’m doing much with it, but it’s nice to see the numbers climb :).

I also know that there are at least a few other readers who are interested in getting into blogging and have emailed me asking me about various tools, strategies, etc. I’m working on a new project specifically for this that I’ll talk about later.

But until that’s ready, I thought it might be worth sharing a few things here and there that I use to help streamline the whole process (from drafting to publishing and to responding to comments).