Over the last few posts, I’ve walked through the process of taking an idea from concept to prototype.

Instead, it’s about taking a prototype and converting it into something a little more professional. There’s still one thing that we need to do, though.

Right now, we include all of our files through require statements. And this works alright for small files, but introducing autoloading in conjunction with namespaces can make the application even cleaner.

And that’s what we’re going to do.

Recall from an earlier post (if you’ve read it), that autoloading is a simple idea:

It sounds great, right? But there’s a caveat: You have to write the autoloader. PHP can’t figure it out on its own.

And this is why I’m a fan of making sure our namespaces also follow a consistent directory structure: If you parse the namespace and the name of the file, it’s relatively easy to build the path to the file and automatically load it.

Sound confusing? First, let’s take a look at where we’ll place the autoloader regarding our directory structure: 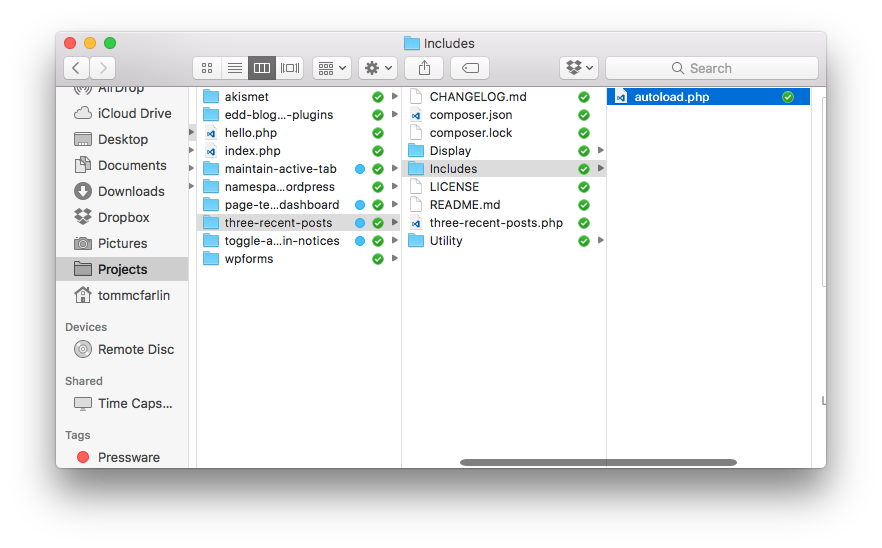 Next, update your plugin’s bootstrap file so that it only requires the autoloader file.

Of course, we need the autoloader to load our files. Essentially, the way it works is this:

It’s straight forward, isn’t it? If you follow a consistent namespace, directory, class name, and file naming schema, you can reuse the same autoloader in any projects.

Here’s a copy of an autoloader that I use and drop it into almost any project I use. You’ll see that it follows exactly what’s covered above:

And with this, the plugin is wrapped up to version 1.0.0. You can check it out on GitHub (both literally and just for review). And hopefully, this has helped with walking through the process of going from rapid prototyping to concept within the concept of WordPress.