In the previous post, I started walking through the process of taking the idea for a plugin that rapidly prototyping it into something that works within WordPress. And though it works, it doesn’t necessarily follow any object-oriented principles, nor is it in a place that we can easily continue to add features.

No, this isn’t an argument for why object-orientation is better. It happens to be my preferred way of writing code so I’m approaching it this way.

I know that the example code I’m giving is simple and I know that a case can be made that something like this can be left as it is. But the point of this is to show how to take a concept, prototype it, and then move it into something that follows object-oriented principles.

And, in my experience, it’s much harder to do that with a complex example from the outset. if you lose readers from the beginning, then what hope is there for them to understand what’s coming?

So with that said, we’re going to take a look at the code from the previous post and do a bit of a concept analysis on it to see what might work well within a class and how we might begin to organize it using classes, namespaces, and so on.

Whenever it comes to programming, it’s so easy to want to jump into immediately writing code and then wrangling it into submission until it does something that we want.

And once it works, it feels like we’re done and we can move on to the next task. But for larger projects, that’s not always the case. In fact, it’s often better to do a bit of concept analysis of object-oriented analysis on your design before moving forward.

A Case For Analysis

Case in point: At the time of this writing, one of my teammates and I are having a discussion on if we should extend a class or write a new class to handle geolocation information for data pulled from the Google Maps API.

Can I wing it and write something that works? Sure. But will it integrate well with the application? Not without concept analysis, planning, and coordinating with the rest of the system.

And that’s what the purpose of the analysis is all about.

So what does this mean for the plugin we looked at yesterday? Right now, we have the following:

Further, a number of these functions are related to hooks that are part of the WordPress API. Namely, the function for creating the meta box is hooked to WordPress and its companion function for rendering the display are all part of the same component.

So how might this look if we were to diagram this out into various classes and files that would help to create this in an more object-oriented manner?

There’s no single solution and some solutions are far more advanced than others. But since I’m trying to strike a balance here, I’m going to approach this in a simpler way than doing too much work with abstraction, inheritance, interfaces and all of that.

Focusing on What We Have

For now, let’s focus on individual classes and the responsibilities they may hold. For example: 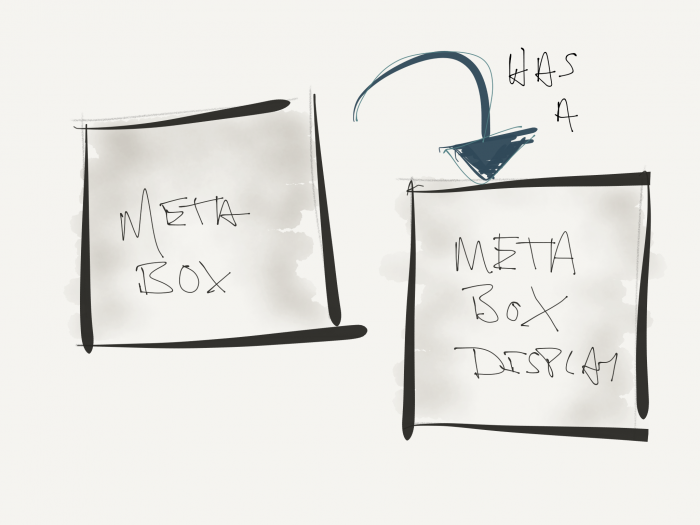 Breaking down the meta box.

Perhaps one way to organize the classes would look like this: 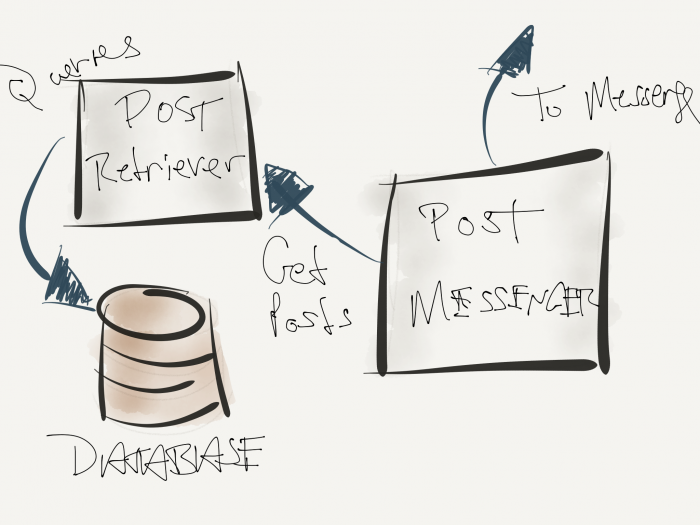 Querying the database and preparing messages.

The final version of the diagram may be a little cramped but we’re ultimately looking at something like this: 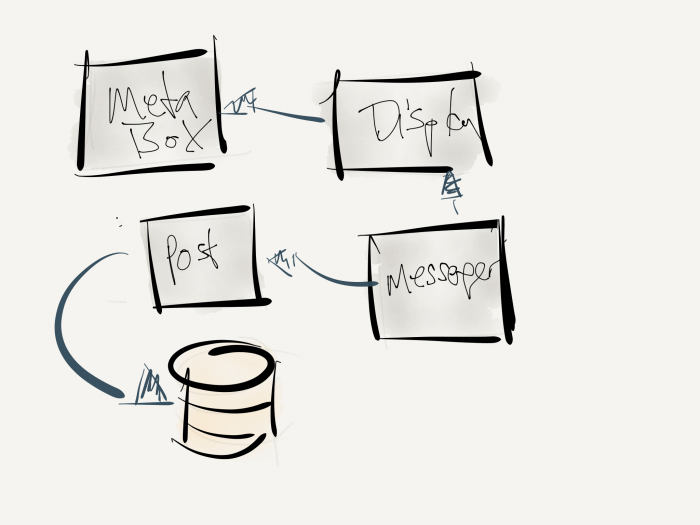 The final organization for our classes.

For the purposes of explanation:

So we’ve essentially taken a few functions that were hooked into WordPress and broken them down into components than can communicate with one another each of which are relatively easy to work with and don’t do more than a single job.

Converting It To Code

Now that we have an idea as to how we can convert the previous concept into code, we’ll look at how to do that in the next couple of articles.

Note that how you opt to implement your code or design your classes may be a little different than what I have above and you may have suggestions on how to better organize what’s above. If that’s the case, leave a comment.