“One of the nicest features that PHP affords is type hinting specifically for those who are coming from an object-oriented programming background.

Type declarations allow functions to require that parameters are of a certain type at call time. If the given value is of the incorrect type, then an error is generated: in PHP 5, this will be a recoverable fatal error, while PHP 7 will throw a TypeError exception.

The reason this is important is because it gives people who are going to use your code – specifcally those who will write code against your code – what types of parameters a given constructor or function will accept.

But there’s more to it than that because type hints are also applicable to the type of data a function can return.

For starters, let’s say that you have a function that’s supposed to return an object of some sort. In this example, let’s say that we have a Post and the post is represented by a model. Naturally, the model is going to be of type post so the class signature will look something like this:

Now let’s say you have a secondary class that’s going to be returning an instance of the post. When using a type hint for the function, the signature would look something like this:

The thing is, the method may return a post or it may return null if the model was never instantiated, passed into a given class, or simply doesn’t exist for some reason, then we need to account for that. 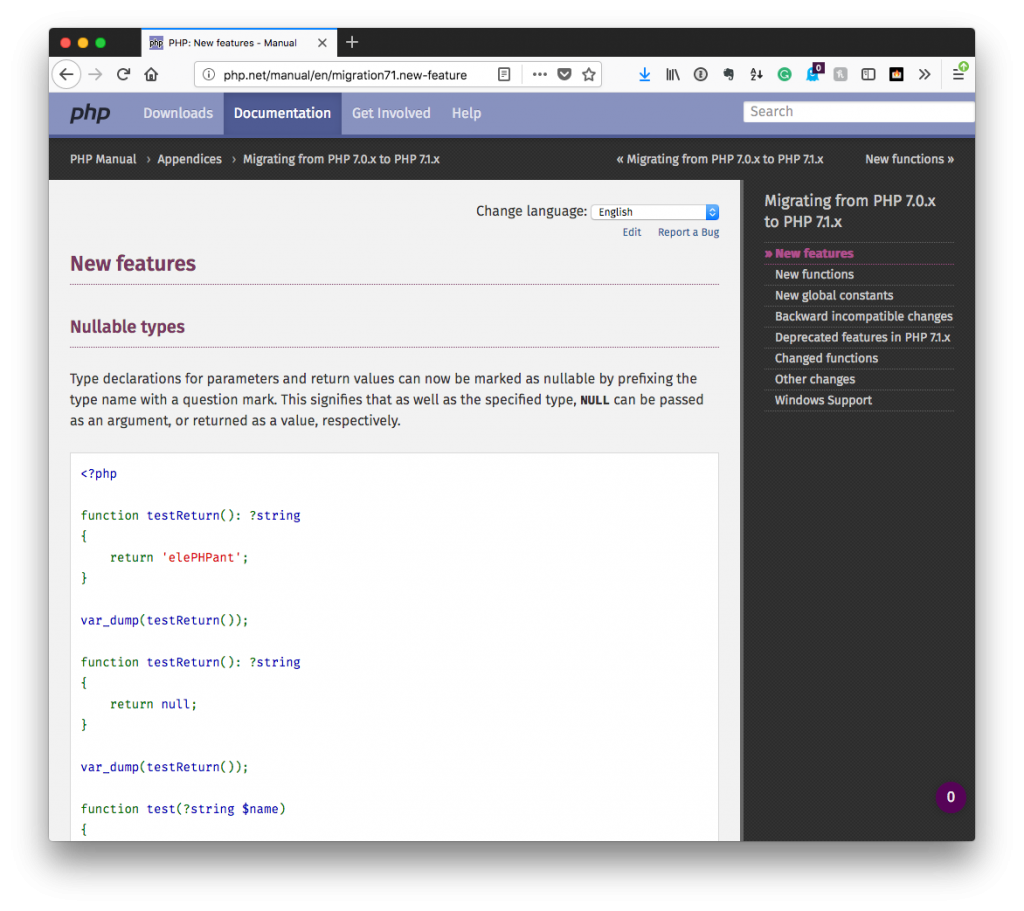 Case in point: If you’ve worked in WordPress in depth for any length of time, then you know that functions can return multiple things (like an instance of WP_Error or an array). But in the purest object-oriented case that I’m talking about above, we’re looking at a function that may return null or may return an instance of Post.

And to indicate this, you can set up the method like this:

In short, adding the simple question mark before the object type says “This method may return null or an instance of Post .”

Or, more specifically from the PHP manual:

Type declarations for parameters and return values can now be marked as nullable by prefixing the type name with a question mark. This signifies that as well as the specified type, NULL can be passed as an argument, or returned as a value, respectively.

So, yeah, this is a bit of a lengthy post to explain a straight-forward conept. But I find that using concrete examples is often more helpful than simply talking about it in the abstract.