When I sat down to write this post, I didn’t have an idea as to convey what I wanted to say. (And that’s a ridiculous thing to feel when you’re writing. )

Honestly, I just had a single sentence that I’d jotted down a few days ago and was going to flesh out in more detail. 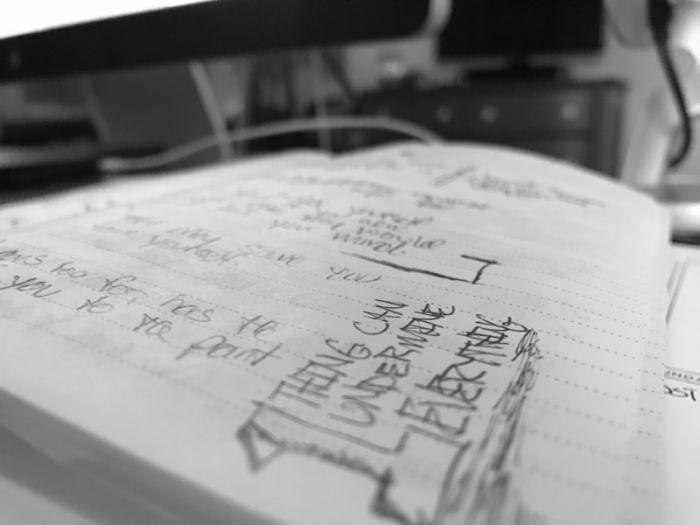 You begin to develop a sense of intuition for how something should be designed or implemented.

It’s not even really a fully developed thought. It’s just a statement (and I’m not even sure it’s a good one) that I was going to explain in more detail. But then I stumbled across this post and found this statement:

I’ve become a big fan of the “do less & be lazy” approach to building things.

And though the post is about the performance of pages using web fonts, it’s still related to what I want to convey.

All that to say I didn’t have a post, just a statement, and I needed an opener. In reading another post, I found it in the quote above.

Of Principles and Models

People who have been involved with design, development, the web, programming, or whatever over the last several decades will likely relate Monica’s quote to the KISS principle:

And it sounds so good in theory, doesn’t it? I mean, it feels like it’s an excuse to be lazy.

But wait. We also have all of these various ways to manage projects, build solutions, and ship projects to our customers, don’t we?

Just off the top of my head:

All of these provide a recommendation, a process, or a model for how to take a solution and bring it from concept, through implementation, to delivery.

Sometimes, though, I just get bogged down.

It feels like there are X different models for managing a project and Y different principles to apply and Z different blogs shared on N different Twitter accounts telling me why I need to use [any given technology] over [any other technology] to build my solution.

Unnecessary complexity should be avoided.

But it feels like all we’ve done is introduce complexity while championing simplicity.

The Tension of the Dilemma

There are times where I feel as odds between various ways of working on projects and the principles I want to follow.

For example: Say I want to follow the incremental development model, and I want to apply the KISS principle. Or for that matter, say I want to use any of the available models while keeping in mind the existing principles.

This is, you know, while I’m waiting for the IDE to load. So what are we to do?

I know, I know. This seems like a long digression between two completely unrelated points.

So let me do what I can to try to take each and relate them to one another. (I can only help you’ve felt like this before. If not, I’m way off in left field with no clue what I’m doing. )

I don’t have a definitive answer.

What I’ve learned, after working with several different languages, sets of tools, problem domains, frameworks, and so on is this:

Two large factors that help contribute to relaxing the points of tension with starting a new project are discipline and experience.

That is, to “do less and be lazy,” takes thousands of hours (or maybe hundreds of hours for the smart people) in a definitive set of tools have to be invested in your work.

In a sense, it has to be earned.

Because the longer you work with a fixed set of tools, languages, and problems in a given space, you begin to develop a sense of “developer intuition” for how something should be designed or implemented.

2. Taking It One Step Further

You have to make sure that you’re actively driving yourself towards getting better at what you’re doing.

This isn’t about finding the next shiny thing. It’s about excavating something new from the stuff you’ve been using for years to make yourself that much more skilled with them.

The more you do that, the harder you have to work to find something new or the more you have to learn about implementing new standards, new patterns, or new architectures.

I don’t know if all of the above ever really goes away, but I know that it’s a bit amorphous. What once showed up, say, at the beginning of a project now shows up after I’m months into a project and we all have hit up against something we didn’t previously consider.

And where there once was no intuition, it exists. But now I’m at a new place, and it lacks intuition. So here I am again.