Clean Up WordPress Because It’s a Mess?

“Clean up WordPress” is a phrase that those of us involved in WordPress hear a lot. It’s misleading though because if you’re a developer, it might mean one thing. If you’re a user, then it likely means another thing.

But without any more context, you can still ask: Clean up WordPress? In what way?

And so on. You see what I’m saying, though? It’s a particular point of discussion, but your experience may vary depending on how you use WordPress.

Though I try not to talk about content from other blogs on my blog, sometimes an article and/or a comment brings up a point that strikes a chord with me. So I feel inclined to do so.

As mentioned earlier, this is going to mean different things to different people, but WP Tavern recently ran an article about a plugin that aims to clean up WordPress by targeting the mess left by other plugins. 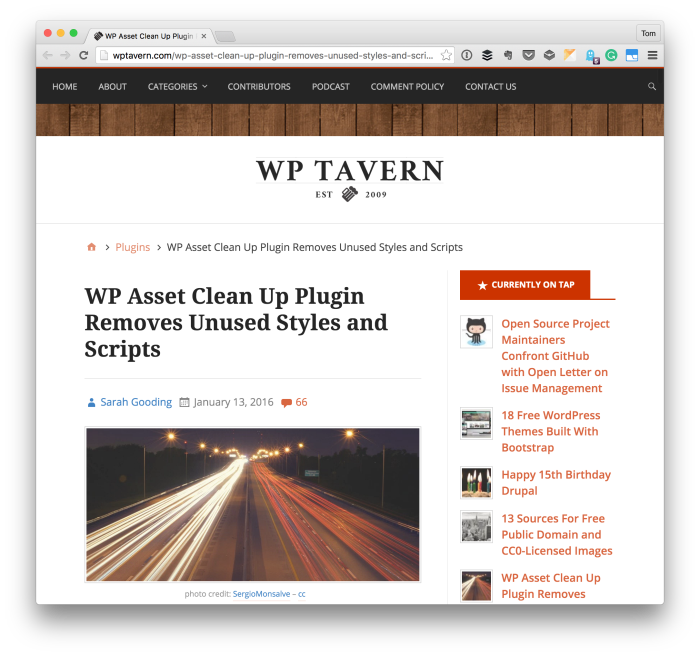 As if it isn’t meta enough for this blog to talk about another blog, we’re talking about a plugin that works with something regarding other plugins.

And before I go any further, no:

For what it’s worth, I respect and enjoy reading the blog. Jeff, Sarah, and Marcus do an excellent job running it. I think it’s one all people in WordPress should be reading.

Okay, Back To It

If you’ve not already read it, here’s the gist of the article: It covers a plugin called WP Asset Cleanup.

To be clear, I’ve not used the plugin nor do I plan to do so. But the point of what I’m getting at has nothing to do with a review of the plugin, so bear with me and read on.

The gist of the plugin is as follows:

There are often times when you are using a theme and a number of plugins which are enabled and run on the same page. However, you don’t need to use all of them and to improve the speed of your website and make the HTML source code cleaner (convenient for debugging purposes), it’s better to prevent those styles and scripts from loading.

It sounds like a pretty slick idea, doesn’t it?

I mean, it’s a plugin to improve the performance of your site by examining what other plugins are doing and stops them from doing things that will damage performance.

But wait. Shouldn’t this “clean up WordPress” idea be a call to action to WordPress plugin developers?

A Call To Action

Here’s how I see it:

If I was writing WordPress plugins and wanting to make sure that I was writing the most optimized code possible, wouldn’t that be my responsibility?

The fact that we’ve reached a point where we rely on other plugins to clean up our messes is embarrassing.

This has nothing to do with the plugin author. The plugin itself is aiming to fix something that is a problem in our economy, and that’s great.

But if a plugin developer cannot conditionally add dependencies using the native WordPress API let alone properly use minification tools, it seems like there’s a larger problem that exists.

On a More Personal Note

This is to chastize no one. I’ll be the first to admit that I’ve been there before, and if you look at some of the plugins that I have available, you’ll likely find places where I’ve not done a great job at optimization.

But if you look at more of my later work, especially that which I’ve been doing for Pressware, you’ll see a far greater improvement in what I’ve written. That’s the goal, at least.

Furthermore, I’m looking to do more with this later this year. More on that later, though.

For clarity’s sake, I’m not on a soapbox. I’m with everyone else.

What Are We To Do?

I’ve reached a point with my experience in WordPress to accept the fact that there is and always will be poorly developed products.

I’ve also reached a point where I know that there will be high-quality products some of which are free, some of which are not. I’m completely fine with both and I love donating and/or purchasing the software written of this caliber.

But until other people:

Then the problem is not going to go away, and someone is going to be left having to clean up WordPress.

So as you work to continue moving your development skills forward and aim to become the best developer possible, ask questions about some of the very issues above.

The developer community is happy to help (most of us are, anyway), and we want to see this economy thrive with people who are smart and get things done the right way.