Quick Tip: A Way to Work Well With Designers

If you’re a developer working in WordPress, then odds are you’ve spent time working with designers. Assuming you’re working with a good designer, it can be a lot of fun.

I think we’ve all had our share of experiences both good and bad (and luckily I’m at a point where I’m working with some really great designers), but I think there are things we – as developers – can do to help make our designers jobs a little bit easier.

Actually, there’s probably a number of things we can do – some interpersonal, some practical – and though I think it’d be fun to talk about the former, I’d rather share a quick tip that I’ve been doing for the latter right now.

Note this assumes you’re a WordPress developer working with a designer who is familiar with how WordPress handles stylesheets (this could be LESS, Sass, vanilla CSS, or whatever).

One of the things that can be a hassle for designers to work with your plugin or your theme is having to hook up their stylesheets whenever they are working on making changes.

For example, not all designers know about the server-side APIs – and why should they? They are front-end developers. If they do know bout them, then great but there are still things we can do in order to make their lives easier.

Case in point: Go ahead and register, enqueue, and stub out the file or files they’ll be using. 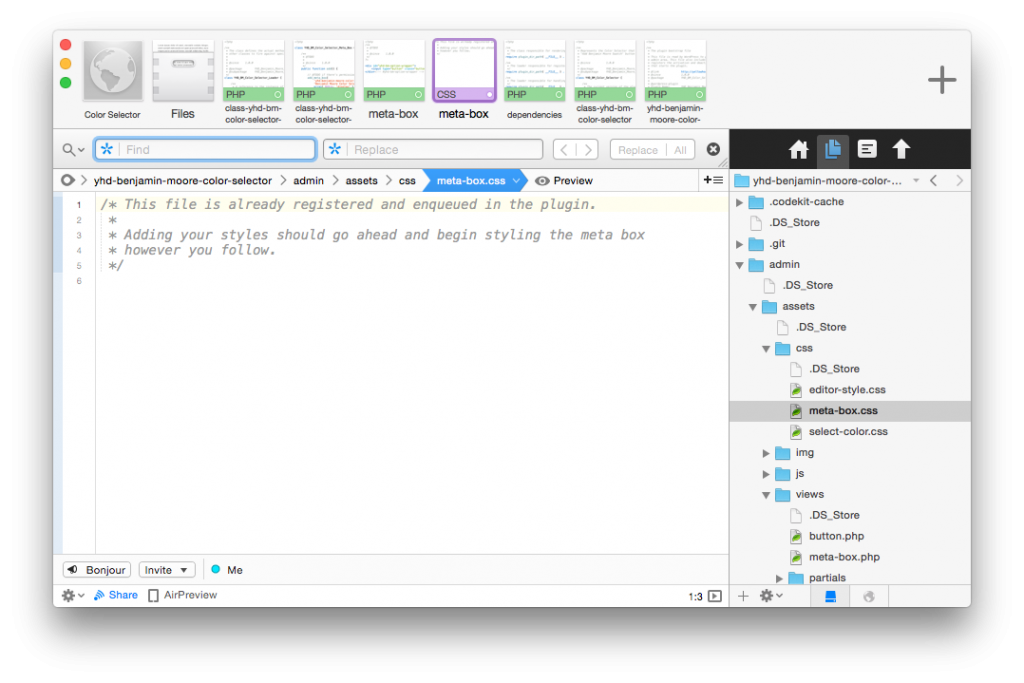 In the screenshot above, you’ll notice I’ve got a single stylesheet (named meta-box.css) the designer with which I’m working is going to be editing in order to make sure the work I’m doing looks better than, y’know, the work developers usually produce.

To get to this point, I simply add the file, register and enqueue it using the proper WordPress APIs, and then I let the designer know which file s/he needs to edit in order to get their work done.

I see this as part of my job, this makes their job easier, and it allows them to see changes in real time versus having to ask me to make any other changes. Ultimately, it streamlines the project.

Anyway, as I said, there are plenty of tips that can be shared and I’ll probably share more in the future but, for now, this is an easy one I thought worth publishing.