Resources For The WordPress Theme Customizer

With the recent change to WordPress.org requiring themes to use the WordPress Theme Customizer in their work, WordPress designers and developers have been talking about it and discussing it for several weeks now.

And rightly so: Many of us are fans of the customizer, many are not, some fall in between, and some wish that there was a compromise.

As far as I’m concerned, that’s fine (though maybe I’m biased because I tend to be a fan of the Customizer), but whatever the case, this doesn’t change the fact that there’s a lot of education that needs to happen around how to use the API – which isn’t terribly difficult (in comparison, to say, the Settings API) – and how to make the transition over to it.

A few days ago, Justin Tadlock shared a terrific post on the Theme Review Team blog that lists out 20-some-odd resources to get you up and running with the the Customizer. 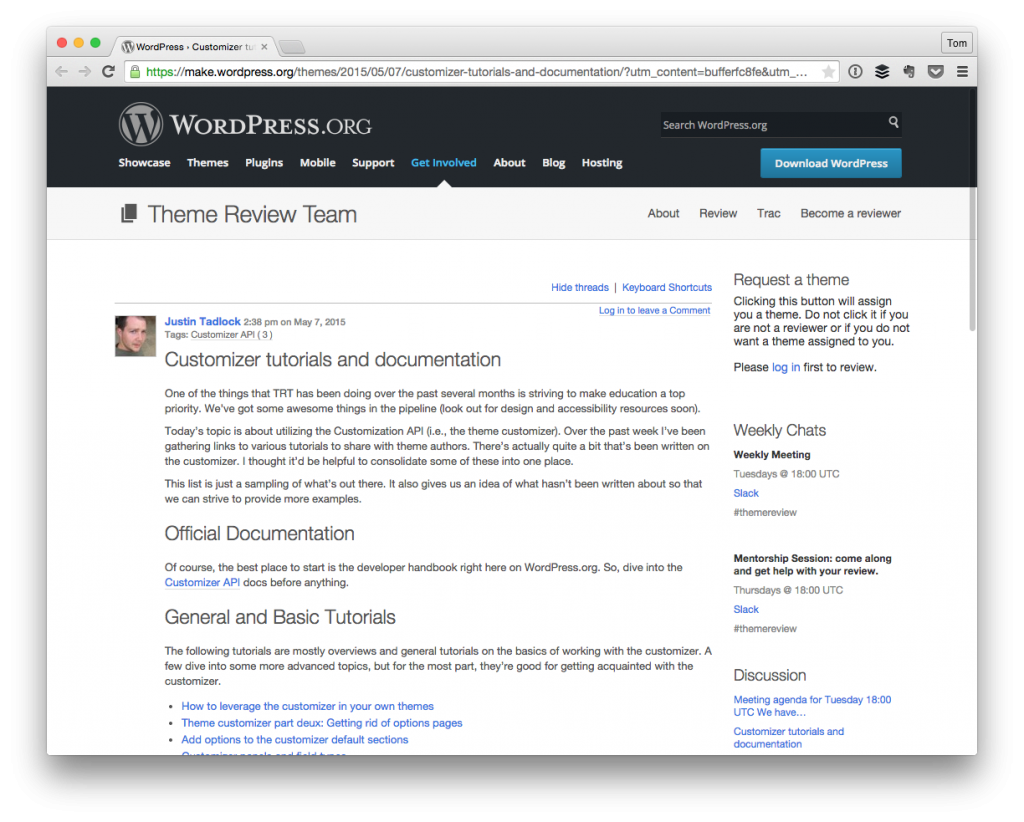 If you’re new to the Customizer, then I highly recommend reading this article as well as those that are linked in the post. Additionally, I wanted to include some of the resources that I’ve shared in the past in order to further the educational component of this particular transition.

Technically, the WordPress Theme Customizer is going to be called “The Customizer” and many people are already referring to it as such; however, many of the articles and resources I’m going to provide are done so prior to when that language transition took place.

Regardless, many of the things still stand.

Again, these are meant to be shared in addition to to the links as shared by Justin on the Theme Review Team’s blog and not mean to replace them by any means.

There are fantastic resources available on that page and I don’t recommend skipping them – I simply wanted to share my personal contributions to this particular feature of WordPress in hopes of making the adoption of this requirement just a little bit easier.