The Complexity of WordPress Solutions

Yesterday, I was talking with a friend of mine about WordPress and some of the annual revenue reports that have come out over the past few months (which tends to be the normal around the end of the year and on into the first quarter for our industry).

Though he’s no longer working in this particular economy, he mentioned something that I thought was interesting:

Before I go any further, I want to be clear that I am taking this quote out of context so it’s probably not presenting him in the best light. That isn’t my intent at all.

In fact, I actually think he makes a compelling point that I’ll talk about momentarily, but I also think that the problems that we opt to solve in and/or with WordPress are as challenging as we accept and as we allow them to be.

Depending on who you talk to, I think the phrase “WordPress solutions” will evoke a different concept for different types of people.

The thing is, your idea of what WordPress is capable of doing is usually limited by the most difficult or the most complicated thing that you’ve done with it or that you’ve read can be done with it. And there’s nothing wrong with that.

But I think it’s important to differentiate between what it means to make easy money with WordPress and what it means to develop complex solutions with the application. One important thing to note, though, is that a complex solution doesn’t necessarily equate to lots of money and lots of money doesn’t necessarily equate to a simple solution, either.

I think it’s more complicated with that.

First, one of the things that we hear so often – especially from the development community – that WordPress has a “low-barrier to entry.” But what does that really mean?

From what I’ve seen and in my experience, there actually seems to be a lot that’s required to get started with truly building WordPress-based projects.

That is, you need to have a working knowledge of PHP, JavaScript, jQuery, HTML, and CSS. This doesn’t take into account knowing how to setup a local development environment, possibly a staging environment, and a production environment. Nor does it include things like Sass or JSHint, version control, any type of continuous integration or automated deployment and so on.

And it’s really only getting more complicated the further we move forward.

Instead, I think this phrase is actually best associated with those who are able to select a theme, understand the relationship between a theme and a plugin, install a few plugins, and then begin adding content to a site. 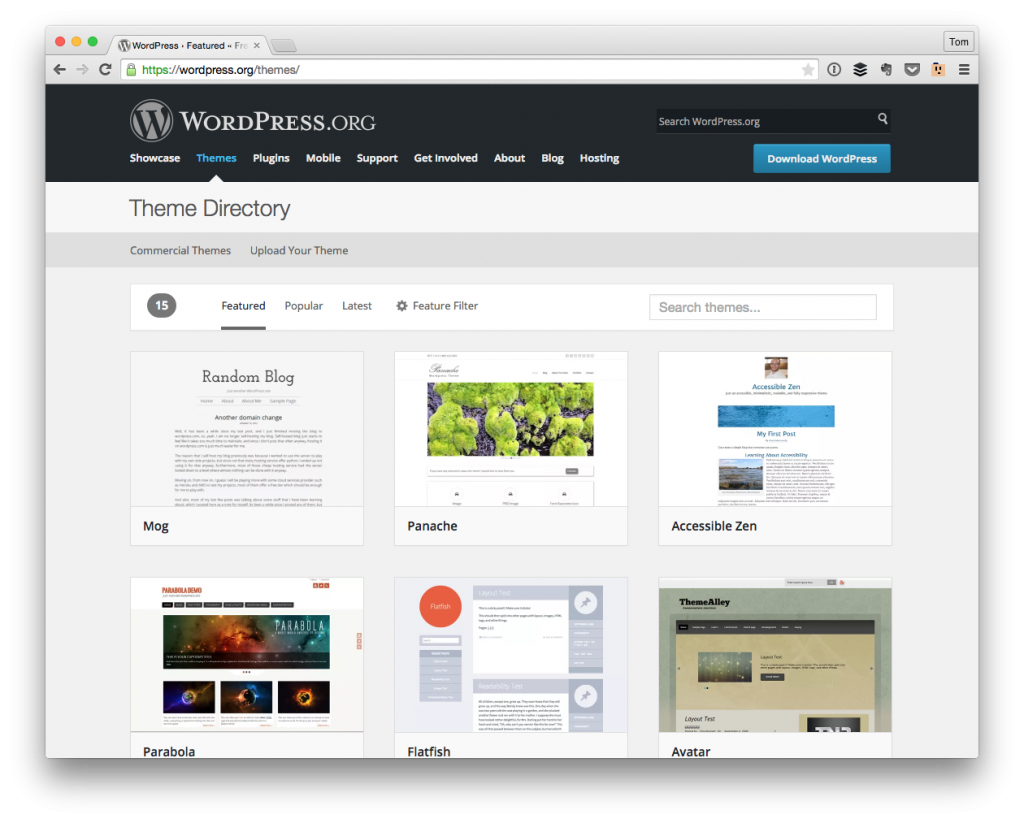 And there’s a lot of money to be made here, but is it the same as developing a complex piece of software? No.

If you’re talking about that then I’d argue that it does have a fairly low-barrier to entry comparatively speaking.

There’s still more to it than that, but if you’re a developer and you’re trying to present WordPress as this platform that has a low barrier to entry then I’d argue that – at least to a point – you’re being at least a little intellectually dishonest because it requires quite a bit of learning to get up to speed with it (I didn’t even mention any of the multiple APIs) and this differs very little from other frameworks and platforms that are available.

Yes, we can talk about the core application’s architecture or other decisions that you probably wouldn’t make were you to be building a similar solution from the ground up using your own technologies of choice, but that’s a completely different conversation.

This is about what it means to get into the world of WordPress.

With that said, the problems that we opt to solve with WordPress are as complicated as we accept. As I mentioned earlier, sometimes it’s something like building a theme or providing a simple plugin to fill a gap that the current application doesn’t offer.

Other times, there are far more complicated things that we’re building that integrate with third-party APIs, that have to deal with caching, that must be aware of race conditions if multiple people are entering data into the database at the same time, or that have to account to malicious input. The usual list of complicated tasks goes on and on as it does with any other platform such as .NET, Rails, or Laravel.

But here’s the thing: Solving these types of problems doesn’t necessarily mean the developer is making a lot of money. In fact, s/he may opt to release the code completely free of charge. By nature of its relationship to WordPress, it must be open source, but that’s yet another conversation.

For example, one complicated problem that I think everyone can agree on is solving the issues of eCommerce and all of the various nuances that come with dealing various payment gateways, tax laws, regulations, and international rules. 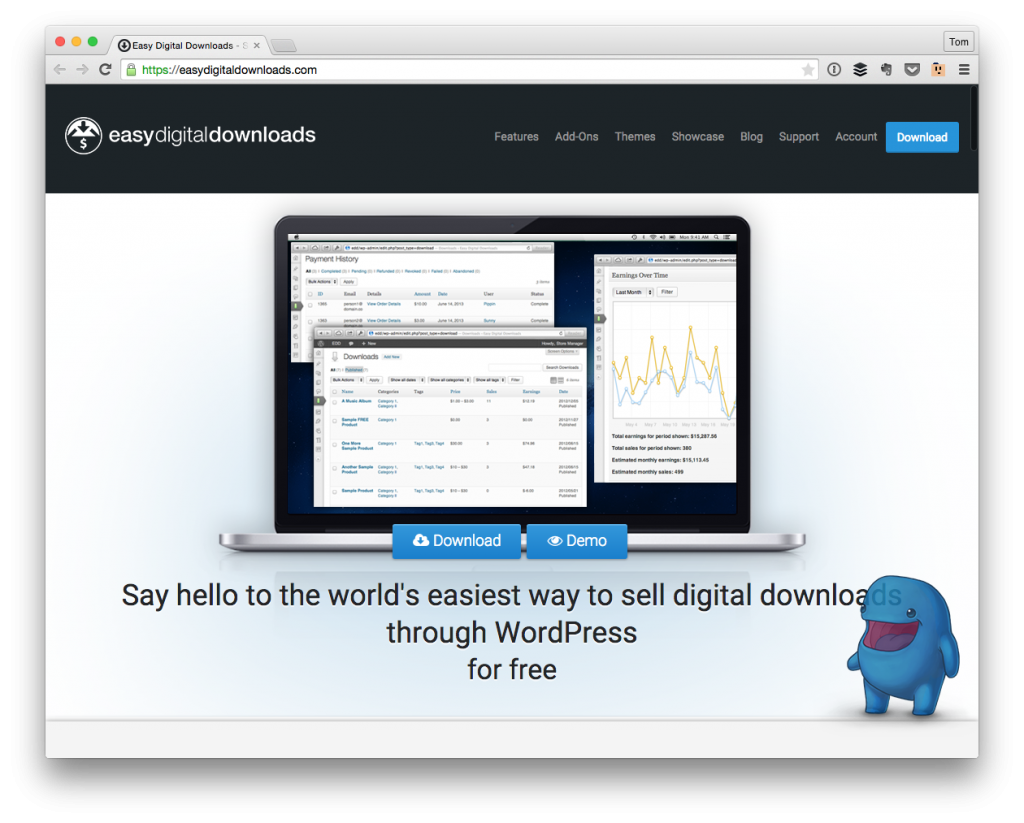 There’s a lot wrapped up in that, and there are a number of people who are working to tackle the problem. And they are doing a stellar job of it. This is one example that results in a nice financial return in exchange for solving a complex problem.

Then there are other plugins that do a lot of heavy-lifting for us but don’t charge anything (unless you opt to go the route of the upsell). They do a stellar job at their core mission, but don’t make a dime off of it.

So, sure, I think it’s fair to say that it’s not terribly difficult to make easy money with WordPress, but that doesn’t preclude the fact that you can also make incredibly mature, advanced, and complicated solutions that work alongside the software, as well.

Further, the nature of the project on which you’re working – be it setting up a theme for someone or solving a complicated caching problem that must also deal with race-conditions – doesn’t necessarily equate to the amount of money that you’re going to make within the economy.

So when you’re talking about the money that comes with building WordPress solutions, remember that there’s much, much more in play that the revenue reports that you’re seeing being published by some of the authors.

Don’t mistake what I’m saying, though: They’re deserving of respect, but it doesn’t paint a complete picture of the WordPress economy – it paints a picture of the part that they are playing within the economy.

What’s This All About?

Granted, this particular post and been a little bit all over the place – I’ve talked about themes, plugins, complex solutions, simple solutions, jobs, etc., etc., etc.

I’d like to think it can be reduced to the following:

Above all else, if it’s just about the money – as is true in any other industry – then the novelty of the experience will wear off. It should be about solving problems for other people and the reward that comes with being able to do that with a platform that they’ve selected and one with which you enjoy working.