In a previous post, I’ve talked about the WordPress design philosophy of decisions, not options. And I’m working towards getting to a point, but I’ve got to set the foundation a bit about the whole thing first.

You can read the entire set of philosophies on this page, but here’s the gist about the one I’ve just mentioned:

When making decisions these are the users we consider first. A great example of this consideration is software options. Every time you give a user an option, you are asking them to make a decision. When a user doesn’t care or understand the option this ultimately leads to frustration.

This is arguably my favorite philosophy that defines what should go into WordPress core and how; though I’d be remiss if I didn’t say I think there are areas for improvement.

(I know this is where the discussion can take a turn into left field but I don’t know to do that, nor am I trying to start armchair quarterbacking.)

But here’s the question:

If there’s an area of the WordPress UI that can be improved by a plugin that does the same set of functionality that already exists in the plugin, is it worth creating the plugin if the feature already exists?

Does it make sense to create WordPress plugins for existing features if the plugin adheres to the “designs, not options” philosophy more so than the core feature?

First, I recognize the bit of lack of logic that’s included in this statement. I mean, what I’ve out is:

So perhaps the discussion stops with the third point above. But, for the sake of discussion (for argument, if that’s your flavor), I want to take an example just for this post.

A Look at Discussion Settings

The Discussion Settings that exist under the Settings menu for WordPress can be a bit overwhelming even for, what I believe, is the intermediate-level blogger let alone beginner or developer type. 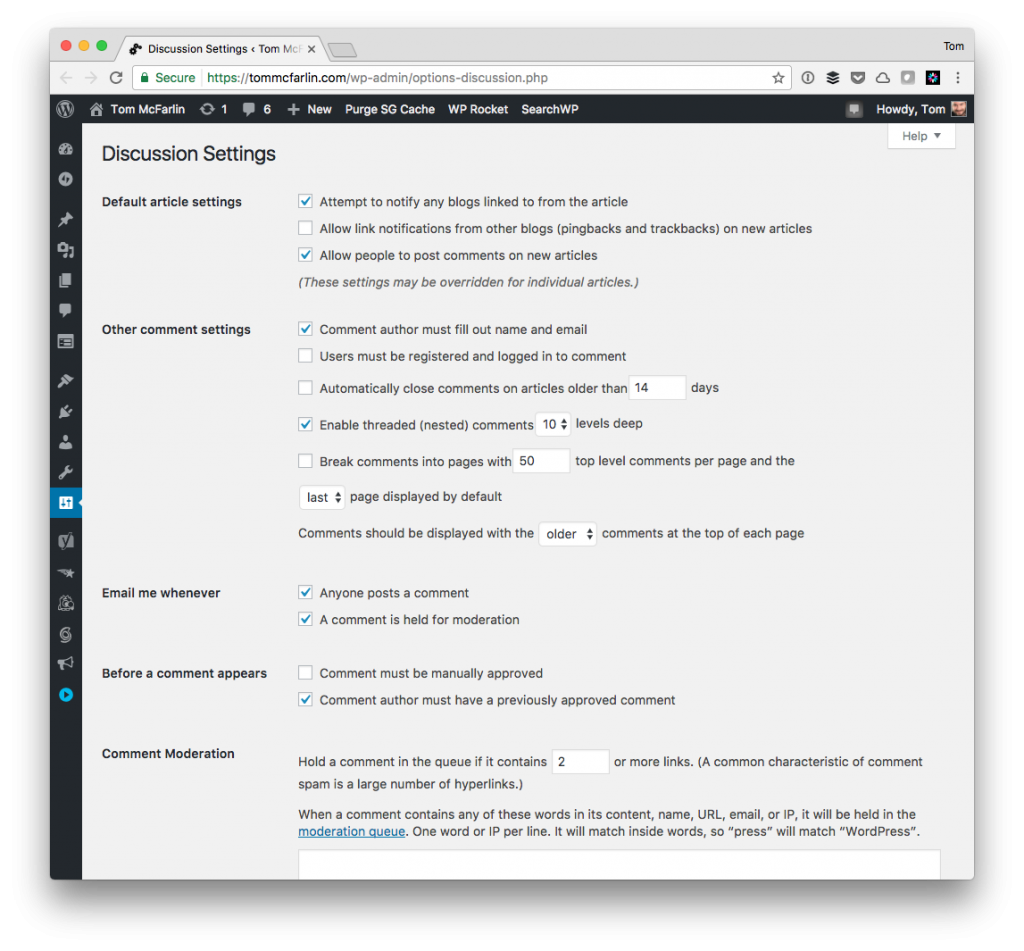 It takes a little bit of time not only read to read through the options that exist but to make sense of them. And then, there are more advanced options like the Comment Blacklist which I think could likely be part of an Advanced tab.

There’s an option present under Other comment settings that states:

But the option that’s presented as it is. That is:

I see the reason this is an option. No one should make a decision on behalf of a user on how their comments should be handled.

After all, plugins are primarily for functionality, and comment moderation has more to do with functionality than presentation.

Does it make sense, then, to create a WordPress plugin for existing features like this with the idea that it’s a simple install, activate-and-go, for users without having them scan an entire list of options and make sense of what’s presented to them?

Personally, I’m on the fence, but I’m genuinely interested in at least experimenting with it to see how it might perform. Sure, this means I should just put my code where my thoughts are – and maybe I will 😎 – but that doesn’t change the fact I’m curious in the ideas for others.