This weekend, I got a message from a fellow WordPress-developer whom I highly respect. In the note, Mario asked:

Which is a good question because, to be honest, there aren’t that many people I know in WordPress who blog regularly. 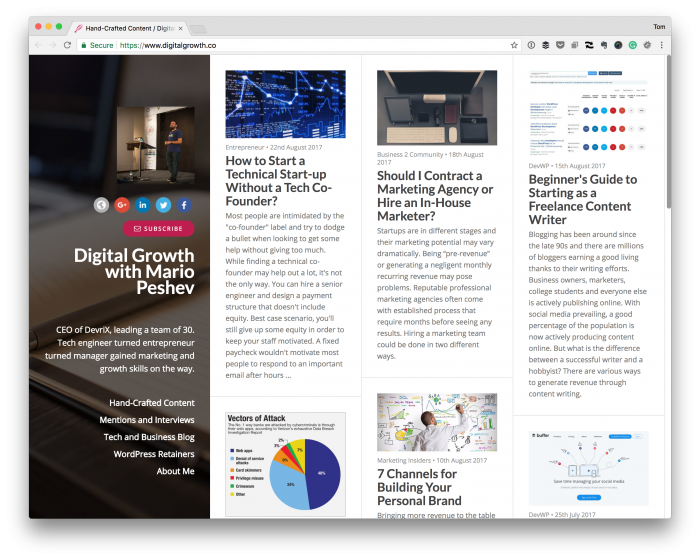 And maybe it’s weird, maybe it’s not, but I’d assume that those involved in WordPress development of some sort would occasionally write on some place on the web.

WordPress Blogs Worth Our Time

The natural end of to this post is to ask if you blog regularly using WordPress? Obviously, I have comments closed because I think places like Twitter have a greater reach. I’ll have more info on this in a moment.

But in the meantime, I thought I’d share the subscriptions I keep in Feedly (yes, I still use RSS, and the death of Google Reader didn’t kill it for me 😁) as well as those who I regularly receive in my inbox and think are worth a developers’ time to read.

And then there are the usual suspects whom I think most people in WordPress read or to whom they subscribe:

That said, if there are people that you regularly read and they aren’t in the list above, then let me know. I’m happy to follow those people via their blogs, at a minimum.

To help get the word out, please mention me in some way so I can see it in my feed (or mention @no_fear_inc) and we’ll be happy to retweet it. It’d be nice to have a set of regular bloggers in this space [again].