Using WordPress hooks is one of those topics that you hang around any Slack channel forum, email thread, Twitter conversation, or whatever and you’ll find that understanding them and using them correctly is key to working with the application. 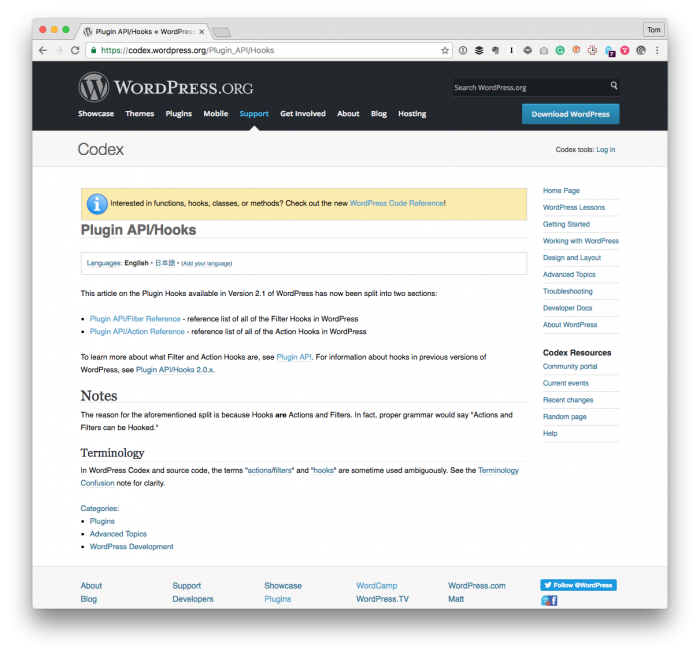 But if there’s one thing that I get obsessive about, is using the right hook (as opposed to the left hook 🙃).

Sure, that reads weird, but look at it this way:

So it would stand to reason that we try to hook our functions into the hook that’s most closely aligned and appropriately named for our particular requirement, right?

For example, let’s say that I’m working on a plugin that’s obviously going to be using WordPress hooks and I’ve got a file that kick-starts the whole process (namely, a bootstrap file). I typically attach this to plugins_loaded and then I let the plugin do its thing.

This satisfies both requirements above:

Personally, I get a bit obsessive about how I set up my plugins so having to using WordPress hooks differently than I’d like for my initial function irritates me. I feel like it creates less-clean code in that it doesn’t read as well.

Maybe that’s a bad example but you get my point.

And sure, there are strategies initialize components at different points in the WordPress lifecycle and then have them work altogether, but that’s more advanced than the purpose of this post.

What’s the Point of This?

All I’m trying to say is that if you’re someone who tries to align bootstrapping their plugin with a hook that’s at the best possibly time in WordPress’ execution and creates the cleanest code, accept that sometimes using different WordPress hooks are a nature of working with the application.

Sometimes, certain features or components just aren’t ready for when your plugin needs them. So you’re left with either trying to execute a plugin prematurely, or using a hook that may lack a name of clarity but has the resources you need.

And the worst case scenario? You document what you’re doing in the code comments.