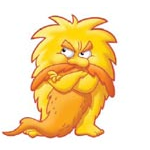 Arguably, one of the most intimidating things about blogging is knowing that you’re constantly opening yourself up to critique.

For the most part, this isn’t something that’s really all that bad especially when you consider that that you’re offering information up to help others, or to ask others for help in a given situation.

More often than not, I’ve found that people are happy to oblige one way or the other through comments, emails, tweets, and so on.

Unfortunately, you can’t have one without the other.

By that, I mean that every positive comment, every reaffirmation, or every bit of advice offering ways to improve what you’re on saying, you’re likely going to be generating negative feedback and/or criticism from someone.

The thing is, positive feedback usually comes in the form of retweets, shares, and so on.

Negative feedback may be harder to detect unless it’s posted directly in a comment because – for whatever reason – others don’t always mention your handle in tweets, pingbacks, and so on.

On one hand, perhaps ignorance is bliss, but I’m of a different mindset: If you have something negative to say about a person or an idea that they’ve shared (after all, it’s not always personal), then why not bring it to their attention?

The Dangers of Blogging

If there’s anything to fear in blogging, really, it’s this:

You’re share your knowledge as you go along, and someone further up the road is bound to call you out.

By this, I mean that as you end up blogging your experience and journey through something (such as writing software for any given platform or foundation), then you are bound to write something at some point – one day ago, six months ago, 12 months ago, or more – that won’t line up with your level of experience today.

One one hand, I think this is okay – you’re sharing your knowledge and experience for this moment in time, and you’re putting yourself out there for other people to help improve your skills.

On the other hand, if you’re sharing one way that you believe to be correct and in then in three, sixth, or 12 months realize that your initial understanding was incorrect, or inefficient given what you know now, people may end up calling you out on the initial post either when it’s published, or if they discover it.

Granted, there’s something to be said for having a paper trail of your experience, but it does come with an apparent cost.

And it’s not so much the “being called out” that can be disconcerting, but it’s the lack of offering up a solution to help educate a person on why they are wrong.

Simply telling a person they are wrong without giving a solution, and then offering a personal attack of their ability (or inability) to demonstrate a concept effectively is poor form.

We’re better than that.

And if we’re going to participate in an open source culture, then why would we not aim to help those who are sharing code, ideas, thoughts, and so on?

However You Want To Be Known

Then again, I realize that we all have our ways, personalities, and some people have different perspectives.

All fine; however, I can’t help but question one’s integrity when they are more content to simply judge and critique rather than to help and improve their fellow developer (or whatever other type of blogger you are).

In the end, I’d rather be known as someone who documented his journey through developing software using a given frameworks – failures, mistakes, and successes along the way – and helped others when the opportunity presented itself, rather than a person who generally scanned other people’s article, negatively reacted online, and did nothing more than criticize their abilities or lack thereof.