What Is the Assets Directory?

Last week, I wrote a short post asking What Is the Vendor Directory? which yielded a number of great responses, but it also resulted in a number of different questions, all of which were related, but none of which could be covered in that specific post.

For example, the article asked?

And though some of these were answered in the comments and some of these answers can be found elsewhere, it did result in another question about the assets directory.

Regardless of what package manager you use or how you opt to organize your files, you’re likely familiar with having an assets directory. How you opt to use this directory is likely different than how someone else uses it, though. 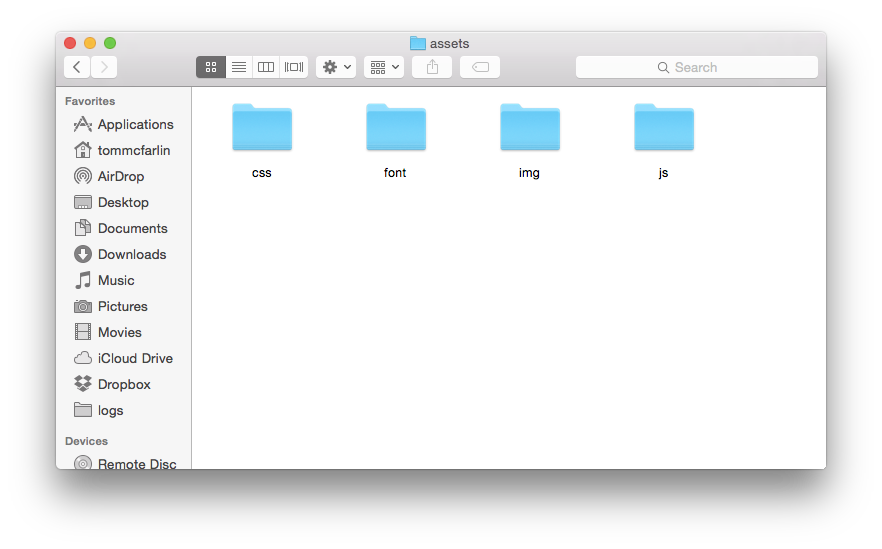 In other words, vendor and lib usually have slightly stricter guidelines or are generally used in the same way than something like assets.

I mean, to some degree, couldn’t we make a case that everything we include in our project – CSS, JavaScript, custom PHP libraries, images, fonts, and so on – are all assets?

And if that’s the case, then how do we come up with any type of rule of thumb to follow when we want to use assets especially in conjunction with vendor and lib?

Before looking at a way to actually organize our assets, I think it’s worth trying to come up with a working definition of what a project asset actually is. In our case, we’re going to be talking about WordPress-specific projects (so this will vary if you’re working in another environment).

First, the official definition of asset is:

a useful or valuable thing, person, or quality.

So using this as a guideline for our work can help. As previously mentioned, CSS, JavaScript, images, fonts, and so on can all be considered assets. Therefore, would it not make sense to have a top-level assets directory into which all of the above would live?

Alternatively, couldn’t a case be made that a given library has its own set of assets? For example, think of a front-end framework that includes glyphs, fonts, images, and CSS. Would an assets subdirectory make since under a lib directory?

I think a case can be made for that, as well.

Given the previous discussion on vendor and lib, I tend to approach assets in the following way:

Sure, this may result within a nested assets directory, but the point is to keep the packages as organized, as cohesive, and as self-contained as possible. I don’t want my files mixing with other files.

Secondly, if I write my own library then I will treat it the same way as another developer would and organize the files as such as then drop it in its respective directory.

And finally, since vendor tends to be something included as a dependency via a package manage, I also treat it like a black box – however it’s organized is how it stays.

Ultimately, I think for your own work, having a top-level assets directory in the root of the project makes sense, and then leaving the organizing of lib and vendor intact is the easiest way to maintain the code based on how your code and other third-party code is written.

But I’m also curious how the rest of you opt to approach this. So, as with the vendor directory conversation, feel free to share your thoughts in the comments.