SSL for WordPress is one of those topics that’s been a bit of a big deal (at least regarding being a point of discussion) ever since Google announced they were going to be using it as a signal for ranking.

For these reasons, over the past few months we’ve been running tests taking into account whether sites use secure, encrypted connections as a signal in our search ranking algorithms.

If you’re not a technical user, then the idea of setting up SSL on your site has to be a pain. Purchasing a domain, pointing nameservers, and hooking everything up to a hosting account is already enough to get people frustrated (and rightly so).

And though this post isn’t necessarily about setting up SSL (perhaps I’ll cover it in the future as I’m a big fan of Let’s Encrypt for some of my latest projects), it is about arguably one of the best plugins I’ve found for quickly making sure your WordPress site is set up once you have a certificate installed.

Though the WordPress plugin repository is replete with a variety of SSL-based plugins (and I’ve given several of them a fair shake), one that I am confident in recommending to others is Really Simple SSL for WordPress. 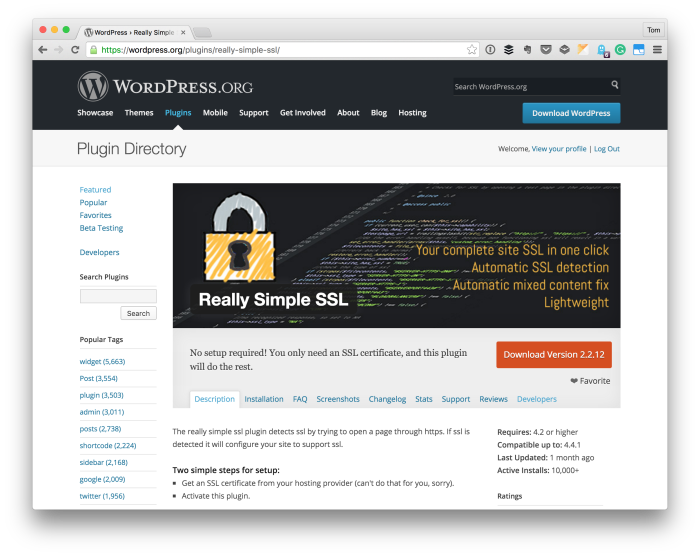 This plugin is about as turnkey as configuring your site can be. Straight from the repository:

No setup required! You only need an SSL certificate, and this plugin will do the rest.

And it really does. Some of the features include:

In fact, here’s what it looks like running on The First Version: 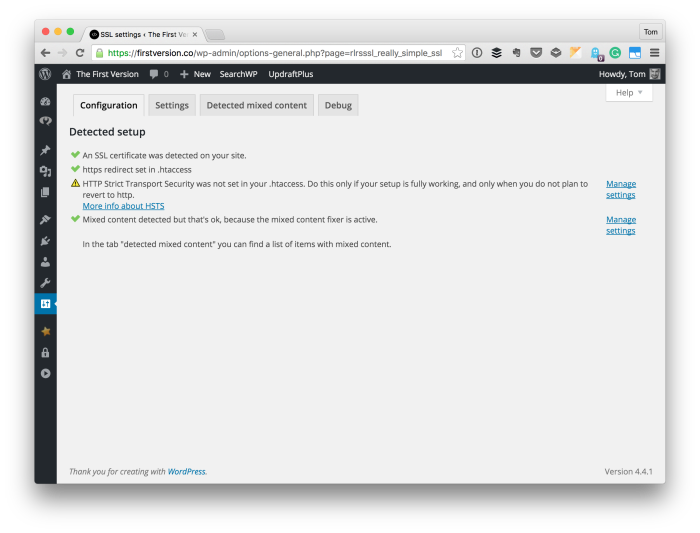 From the perspective of a WordPress developer, I specifically appreciate:

Of course, there’s more, but those a few of the things that seem harder to come by in many plugins. It’s nice to see something built that follows more of “the WordPress way” of doing things.

Anyway, assuming you’ve gone through the process of obtaining an SSL certificate, installed it, and are now looking for how to configure your website, this plugin is one of your best bets.