A little over three years ago, I wrote a post about starting to write shorter blog posts. And in that particular posts, I made two comments that I think are still relevant but that I’ve gotten away from doing.

Because the truth is with the amount of information coming from other blogs, Twitter, and whatever other social networks and news sources you read, odds are that this site is one that can also be easily marked as read or thrown into Pocket oblivion never to be read again.

And I also wrote:

Secondly, it’ll aim to be more to the point than anything else. The idea being that you can load up the article, read through it quickly, save whatever information you’d like (or not), and then move on to whatever’s in your queue.

I don’t know if old habits die hard or if I’ve simply gotten away from it and back to writing longer form writing because that’s how I tend to write. 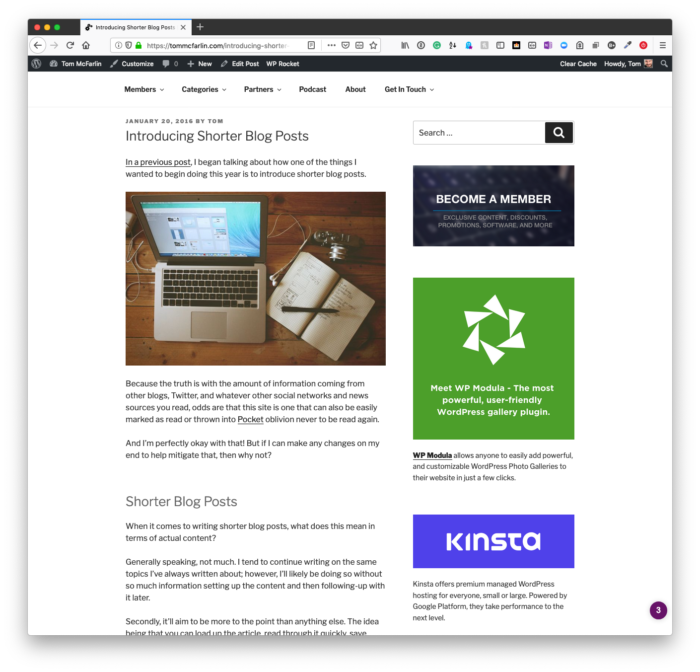 But I don’t want all of my posts to be that way.

It’s weird – and very meta, I know – blogging about blogging – but when this is something I’ve been doing for so long and want to make sure that I’m covering content in a way that caters to a wide audience (from beginner to intermediate WordPress developers), then I want to make sure I’m doing it right.

And with the membership area of the site open, there’s more than enough work to keep me busy with writing long-form content. 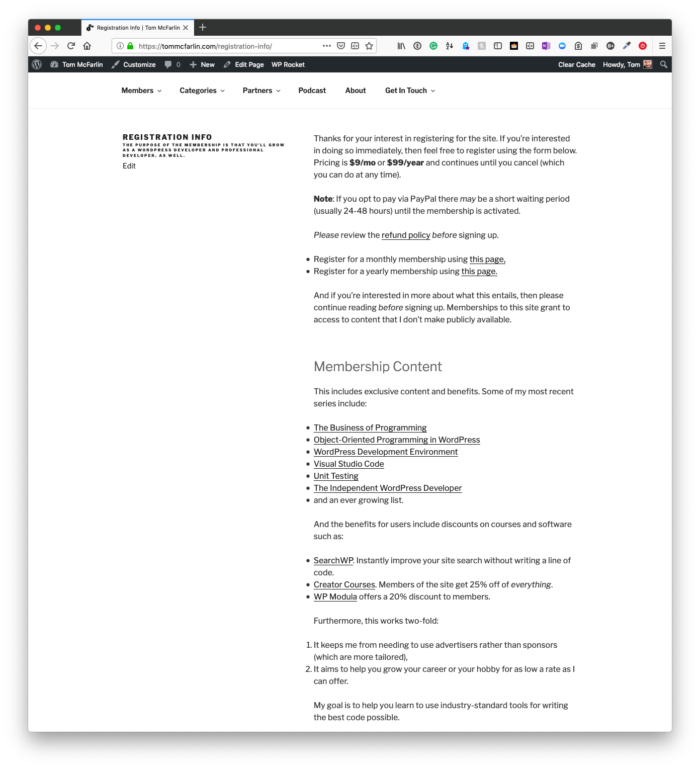 So it’s completely possible and reasonable to share smaller bits of information on how to do something related to object-oriented programming in WordPress (or even some front-end development work) without spending 600 to 800 words on it.

So here I am again, trying to commit to writing short-form content, once again, for those who read this blog and don’t want to have to spend more than a few minutes doing this.

This means that some of the content I share might not be relative to what you’re doing; it might mean that you’re already experienced with it or it may mean that it’s something quick you can begin to implement yourself after a single read.

That would be a good goal.