A couple of weeks ago, I had the opportunity to chat with Matt Medeiros [once again] about various topics related to WordPress.

I’ve had the pleasure of knowing Matt for several years now, got a chance to hang with him at WordCamp US 2016, and continue to chat with him (when he’s not #medeirosing) both on podcasts and via other channels.

Yup – it’s one of those cases where you meet someone on Twitter, and they become friends. That does happen, you know.

Retweet if you've ever met someone face-to-face after previously only knowing them from Twitter.

Instead, how about some more fun (or at least more interesting) things?

In this episode of the Matt Report, I had a chance to talk about managing products and services in the context of WordPress which is something I’ve not talked about in previous episodes. 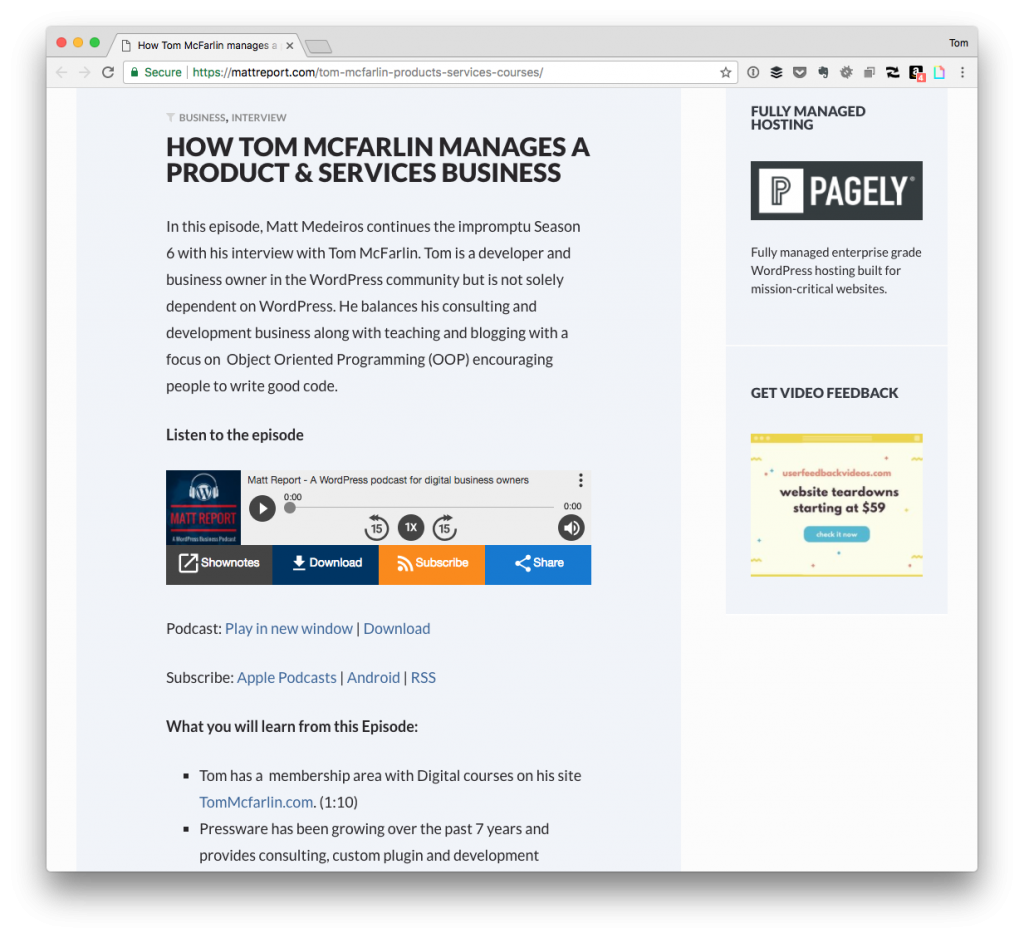 You can read a breakdown of the conversation in the show notes, but the gist of the episode is as follows:

[Tom] balances his consulting and development business along with teaching and blogging with a focus on  Object Oriented Programming (OOP) encouraging people to write good code.

Furthermore, some of the things we discuss include:

If you’re not subscribed to the Matt Report podcast, I recommend it. He features a variety of different guests all of whom participate in the WordPress economy in their way.

You’re likely to find yourself exposed to a few new ideas or a new take on something about which you already know.