As evidenced by this entire blog, one of the things that I enjoy most is writing about software development within the context of WordPress.

That is, I enjoy writing about taking techniques learned in computer science, software engineering, object-oriented analysis and design, and so on and then applying them in the WordPress space.

I’ll also talk about front-end development, and web application development. Sure, I’ll occasionally cover things like databases, though that’s not really my strongest area and I try to leave that to those who are far more skilled than I am.

But one of the tough spots that comes with having a site like this is making sure that you’re able to make the information as accessible to those who are just starting out in WordPress. As much as I would absolutely love to help bring others up to speed on where to start, it’s really hard to do that without giving them a strong foundation off of which to build.

Hopefully, we can change that.

A Partnership with WPBeginner

Anyone who has been involved with WordPress for a significant amount of time is well-aware of WPBeginner; however, there are plenty of people who enter space every single day who have no idea where to even start with the software (let alone begin writing code for it). 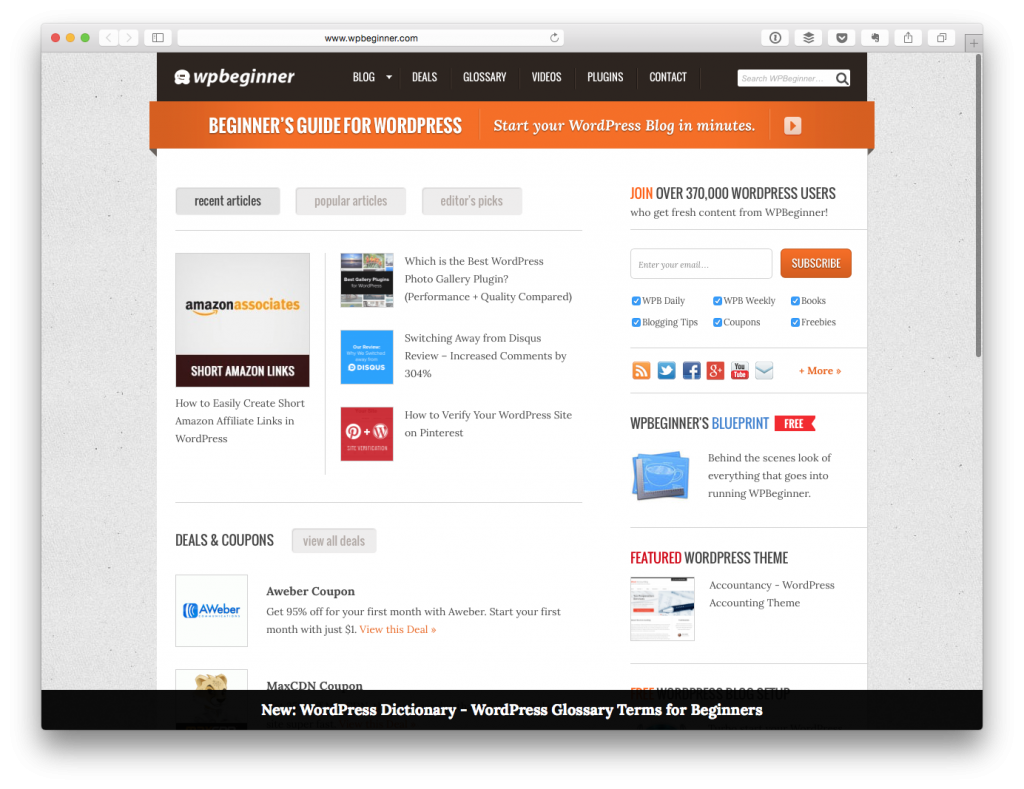 That’s where WPBeginner comes into play: when you need to introduce people into WordPress, be it for:

Then you’ve got a solid resource available to other people.

So in an effort to help bring more people into the world of WordPress and make sure they have the strongest start possible, I’m pleased to share that I’m officially partnering with WPBeginner as my suggested resource for those who are looking to get started on using WordPress both as a tool for their publishing needs and as a foundation for the development efforts.

Many know Syed Balkhi who runs the company behind the site. I had the pleasure of meeting him at WordCamp Atlanta 2013 and have kept up with him off an on since then. For those who know him, you know he’s been a successful entrepreneur in a number of different areas one of which being WordPress.

Because of his reputation, personality, integrity, and general disposition that he has, I’m happy to include him in a list of people who I trust to help others within the WordPress space.