As far as WordPress projects are concerned, I’m far more comfortable talking about projects that I’ve been working on myself regardless of if they are for fun or profit.

Contracts, respect, professionalism, and all that fun stuff.

But there’s been a project that I’ve been a part of for a few months now, and I received an email last week that struck a chord with me. I asked the client if I could share the quote – keeping them anonymous of course – but use it to try to make a point.

I hate trying to support a theme that’s so dated and broken. I can hardly wait until I can offer support for a theme that I am proud of and is coded well and will be kept up-to-date.

And though it’s already been referenced through a number of different blogs, and the article is already over a week old (which is, you know, practically forever in Internet time), I couldn’t help but think: “We’re ruining WordPress.”

You may or may not think of it as hyperbole, but this is a very real problem.

At this point, there’s very little to say that hasn’t already been said as it relates to the current state of modern WordPress products. In short, we’re all over the map.

So this does raise the question: When we’ve got this much going on within the WordPress economy, how can anyone believe that we’re actually ruining it?

For those of us who make a living off of WordPress – and who care about the features that are going into, say, the next version, or the version after that – then we’re clearly staking our livelihood on WordPress as a foundation for the work that we do.

It means that we believe it’s a foundation on which we can build work for other people such that it solves their problems while also providing us with a satisfying work experience as well as a way to make a living.

It’s a pretty good deal, in my opinion.

But when you hear feedback from clients that includes words such as “dated and broken,” or that exude frustration and embarrassment in phrases such as “I can hardly wait I am proud of,” then you can’t help but notice that there’s a serious problem going on in the industry. 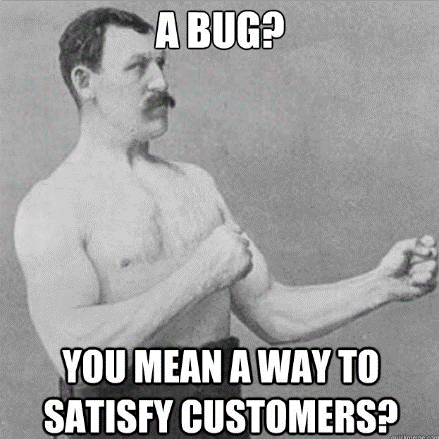 Then again, I know that this isn’t a new problem – this isn’t unique to WordPress, then isn’t something that has just started to happen in software, but for someone who really cares about the work that they do for a living, I will always do what I can to argue against those producing work that contributes to comments like the one shared above.

Forcing a Shift in Experience

As long as I’m involved with WordPress in some capacity, this is something that I believe I am always going to care deeply about. I believe that it is the best platform not just for blogging, but also for content management, and it’s maturing to a point where we can use it as a foundation for web applications.

But, collectively, we’re finding ourselves churning out products that completely ignore the philosophy, disrespect the coding standards, and are nothing more than what amounts to lipstick on a pig.

Sure, there are plenty of themes that look good, but any good developer – or any good engineer – knows that there’s significance in the work that goes into the parts that people won’t see and it does matter that those things are well-organized and architected.

It’s only a matter of a time.

Perhaps it’ll be the next update to WordPress, perhaps it’ll be two releases later. But whatever the case may be, if you end up putting together a product and doing so in a way that is motivated more by “just getting something working,” or that is motivated more by making easy money, then the customer will begin to notice as the work will begin to fall apart.

And as sad as that is, it’s as equally sad that we’re giving people that experience with WordPress.

Oh I used WordPress for a project once, but after one releases, the site just began to break all over the place so we’re opting to use a different platform.

Chalk one up for the bad guys.

We have the ability to create world-class products and high-end experiences for others, yet we’re polluting the air of the economy so much so that people don’t only know what WordPress is capable of, but they don’t necessarily trust it to power their ideas.

No, we can’t get rid of poorly produced products, but we can do a better job of educating clients, taking greater care of the work that we produce, and generally making a stronger effort to build our work in such a way that people are proud of the work they’re supporting and that they’re using.

8 Replies to “The Embarrassing Nature of Modern WordPress Products”