My Suite of Apps: LineIn

I don’t do a lot of audio work on my computer – I don’t podcast or have a vlog or anything like that. I do, however, participate in a number of Skype calls and/or Google Hangouts, and I also do a fair amount of screencasting.

Because of the latter, I have a couple of pieces of equipment that I use in order to make sure that I’m getting the highest quality audio possible.

It’s a simple setup, but it works. The thing is, if I have my headphones in and I’m working on my laptop, then I have three potential microphones available that the computer can capture audio:

And even though I can generally set the devices I prefer to use and leave them, all it takes is one mistake before I end up double and triple checking my settings for each call and each screencast.

Unfortunately, I made one such mistake before so now I check my settings every. single. time.

But, for the sake of screencasting, I even take it one step further: I use a small software tool called LineIn (and anyone familiar with audio inputs and mixing boards will understand the importance of knowing which device is capturing what audio at what level). 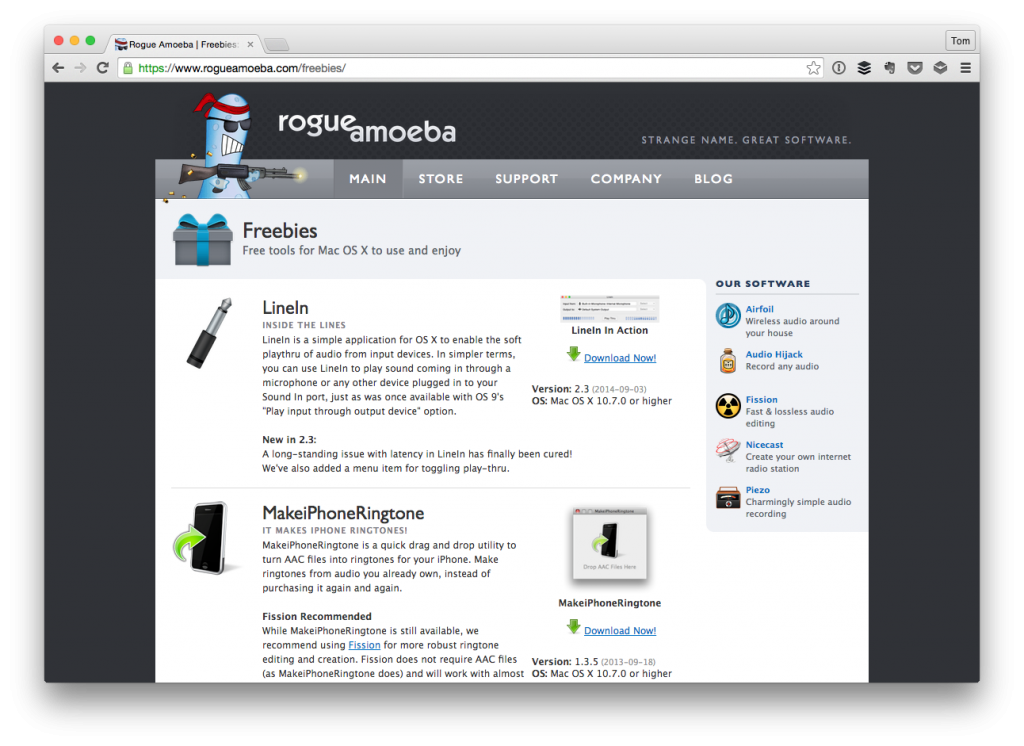 And it’s been a fantastic little application for making sure my levels are balanced and that allow me to hear what others will hear based on my system settings.

As mentioned, LineIn is a really simple application. In fact, the interface is just about as simple as it can get in terms of the options that you have available:

From within the application, you can choose:

As far as the last point is concerned, it’s not always a good idea to enable.

For example, let’s say that you’re microphone is sitting near your computer – which it likely is – and then you’re listening through your external speakers, some stereo speakers, or something like a JamBox.

Then you enable play thru.

But, on the other hand, let’s say you’re wearing a set of headphones (that the microphone obviously can’t pick up) and you want to monitor what other people will hear with respect to how the audio sounds when it is received from your microphone.

In this scenario, you’ve got a decent setup where you’ve essentially got your headphones acting like in-ear monitors. And this has been a really, really nice thing to have when I’ve been participating in calls and especially in screencasts.

So if you’re looking for a solution on how to monitor the input of your microphone(s) and aren’t looking to spend any money, then I recommend checking out LineIn.

Audiophiles may not dig is as much, but if you’re looking for a really simple, really easy-to-use application that gets the basics done, it does.