I recently wrote about developer maturity. Specifically, I said we should not be afraid to use third-party solutions when possible.

This doesn’t mean we should piecemeal every project together. That isn’t development. That’s implementation (but that’s another post).

Anyway, Andy and I just finished up a project which demonstrates this point quite well. Part of the project called for providing a rating of certain criteria.

As such, we used jQuery Raty for laying the foundation of the rating system.

The Considerations For Ratings

Any developer who’s had to build a rating system knows the challenges that this can present. I’m not claiming it’s particularly difficult, but there are certain things to consider.

Depending on the complexity of your solution, there’s more to consider. Regardless, jQuery Raty makes introducing ratings easy. 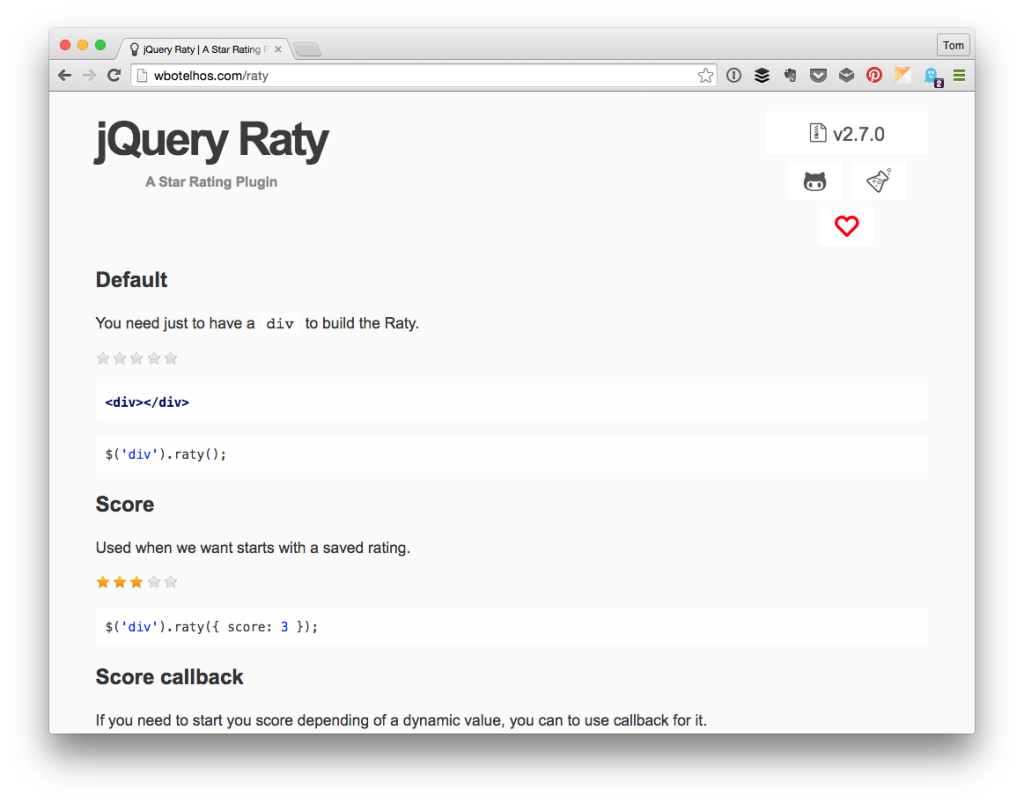 The description of the plugin is about as simple as it gets:

To get going, it’s a matter of including it in your project and then setting the required parameters. From there, there are plenty of options that you can use to provide your solution.

For example, our project called for the following:

With jQuery Raty and WordPress’ APIs, we setup a system quicker than had we built the entire system on our own. All that to say, the plugin is a fantastic resource should you need to build a rating system. It’s also another example of how to be pragmatic when building solutions for others.