Personal Involvement and Improvement in WordPress

A couple of weeks ago, a friend (who I finally had a chance to meet earlier this year) sent me two questions that I thought would best be covered in the context of this blog.

Specifically, the questions are around evaluating the skill of potential and existing employees in the context of personal development rather than if a person is worth hiring.

I’ll share the actual questions momentarily, but I think it’s important to note that my experience in doing this within the context of WordPress, let alone open source, is very different than when working in a corporate job working on a closed source application.

No, corporate environments aren’t all like this. It’s fun to think of them that way, though :).

That in and of itself could probably be its post (and it’s not a bad thing any more than it’s a good thing), but I thought I’d offer whatever input I have with hopes of having others chime in via the comments.

Involvement and Improvement in WordPress

First, I want to be clear that I don’t consider myself in a hiring process in the technology industry, let alone the WordPress industry.

When I was working for a company before working for myself, I did have the ability to interview (and then ultimately hire) people to work on my team, but there were several contingencies.

Since I’ve been working out of Pressware for a while and have worked with companies like Envato, I find remote work incredibly well-suited to my personality and the way I work. Furthermore, when it comes to work with people (versus having people work for me), I look for different traits than what I did when looking for someone with technical prowess.

With that said, that doesn’t mean I don’t have some experience working with other technically-minded people. I also have opinions (because we all do, right?) that I can share though I’ll make sure I only share the ones that I’ve found to hold true.

As mentioned earlier in this article, the first question deals with both new and existing employees and a context in what they need to improve:

Do you know of any good online tests for evaluating both new hires as well as existing employee (with an eye towards what kind of training they need)?

I love this mentality because it shows not just a way to vet a potential hire, but because it also shows an investment in existing – and even potential – hires.

Regardless, what would I consider to be an online test for evaluating them? The short answer is that I don’t really know of any formal tests.

What I would look for, though, are a few things:

This list could go on for a very long time, but the point of what I’m trying to make is that new and potential hires should all have a keen interest in the field in which they are working. Among reading blogs, Twitter feeds, books, listening to podcasts or audiobooks, and the desire to attend conferences should be key signs that people are wanting to improve. 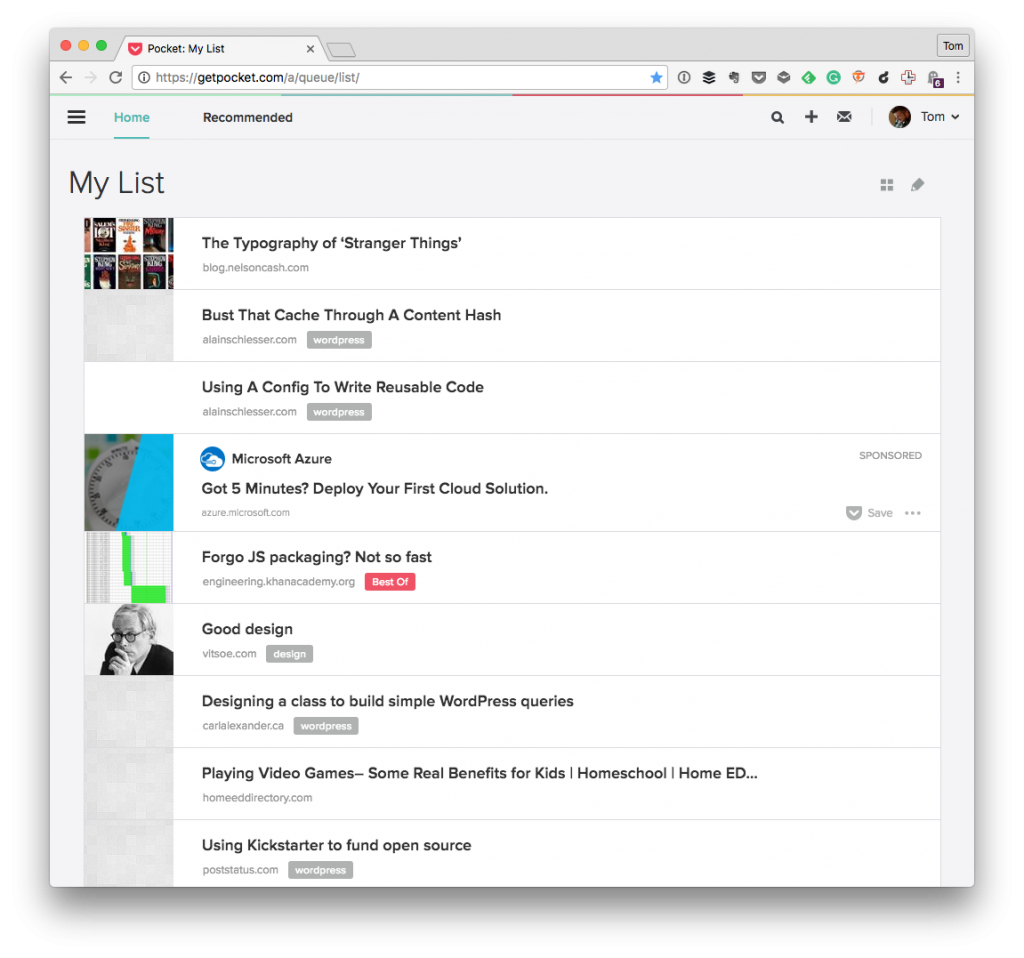 Do they have tons of articles stashed away in Pocket or Instapaper? Insta-hire! /s

Still, where do they go for training? And this is the hard part especially in WordPress because it can consist of so many areas of focus:

And so many more topics (security, PHP, and on and on it goes). Once the area of interest has been identified, then it’s key to find the proper resources for that. It’s much easier to seek out resources, people, books, conferences, and other content once you pinpoint the area in which a person wants to grow.

And, as mentioned, there’s a second point to the question that dovetails off of the first question. Though I still think it’s important to make sure distinguish it from the first question as it deals more with personal development within the WordPress economy.

My thought on it is more of a personal development angle than “are you worth hiring?” But really looking for anything suitable to beginner-to-intermediate WordPress developers.

As far as development is concerned, I’ve already outlined a few things above. But there’s so much more to it, right? I mean, WordPress is a CMS, a blogging platform, and even an application foundation.

To that end, there’s customer support, training, security, and more that are outside of the traditional roles of programming (that so many of us think of when it comes to WordPress). 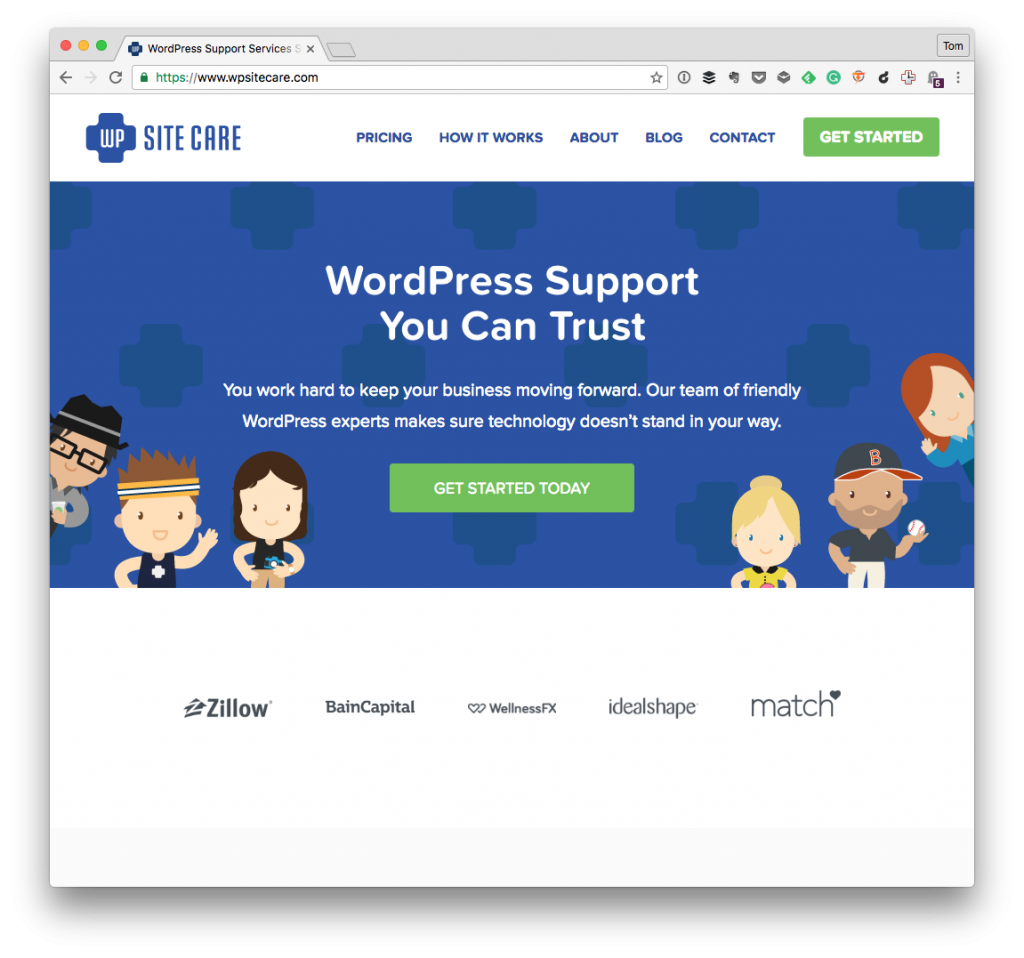 There are entire companies dedicated solely to WordPress support.

So given that the variety of roles that can be used to staff a position related to WordPress varies so much across a wide spectrum, it’s important to gauge where a person currently sits with respect to their experience

Given the question above, we’re focusing on those who are beginners-to-intermediates. But what that looks like for the various roles is very different. As such, it helps to helps to have others who are advanced (if not experts) in a given area that can help not only gauge where a person is through conversations, questions, and so on, but that is also well-versed in the options that are available.

For example, I consider myself to be an intermediate developer. I know a number of different people who I’d refer to as expert developers and a number of podcasts, resources, and conferences as well as speakers worth recommending for the sake of other developers.

But in terms of, say, support technicians? That’s not my forté. I’d have to pass to te buck to someone who does know. Thus, it’s important to stay well connected to the people in the industry so we’re able to rely on one aonther to specifically answer these types of questions.

Your Involvement and Improvement in WordPress

I know a number of you who read this blog are designers, developers, support technicians and so on. As such, I ask for your help (either via retweets or comments).

Specifically, the two questions above are best answered by a wide variety of people who have experience in the spectrum of opportunities that exist in our field. At least that’s how I see it.

So take some time to respond and then please share this message – not for the sake of hits or anything. But for the sake of helping someone else do the best job possible in helping others as they seek to get better at WordPress.