That is, we tell ourselves that from the outset of a project that this time is going to be different than the last time. Whereas, the last time, our commit messages started off well but, by the end, we’re writing things like:

Sure, this is a bit facetious, but the point is that if you look at commit messages for a lot of projects, they start off far more detailed in the beginning than by the end of the project.

I’m guilty of this, too. How, then, do we stick with good commit messages (and specifically, good Git commit messages, since so many open source developers use that service)?

Not long ago, I shared a resource that @Rarst shared with me that provides some really good guidelines when keeping a changelog. 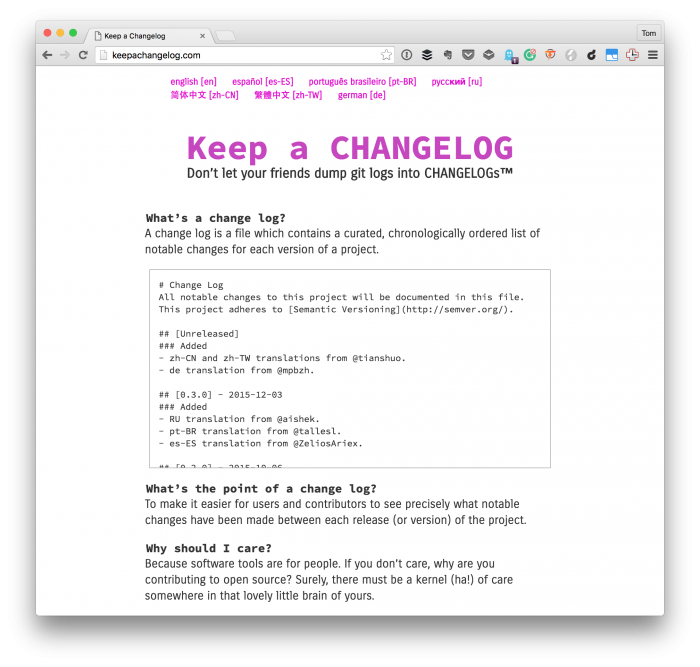 And it’s funny because the subtitle of that site is:

There are some really good ideas and conventions that to adopt from that site. (And I’ve been using them for a recent client project.) But I’m not entirely sold on the idea that Git commit messages can’t be changelogs.

But that idea is predicated on the idea that we can write good Git commit messages. And that’s where this site comes into the picture. 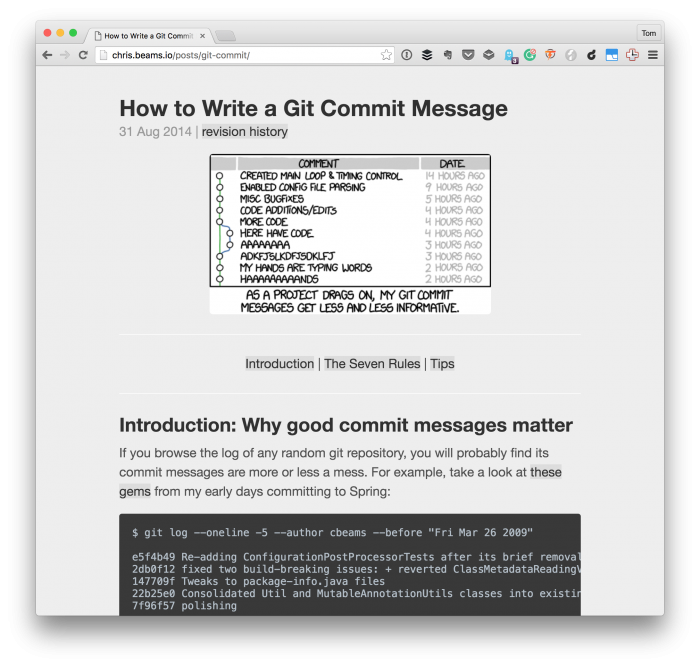 How to Write a Git Commit Message outlines how to write good Git commit messages by following a simple formula:

If applied, this commit will your subject line here.

There’s a little more to it all of which are on the site:

Even if you don’t spend any time reviewing the site, at least consider adopting the convention mentioned above. It does help when writing meaningful messages.

I think this convention is one any source control system can adopt, but it works especially well with Git because of how it bundles its changesets.