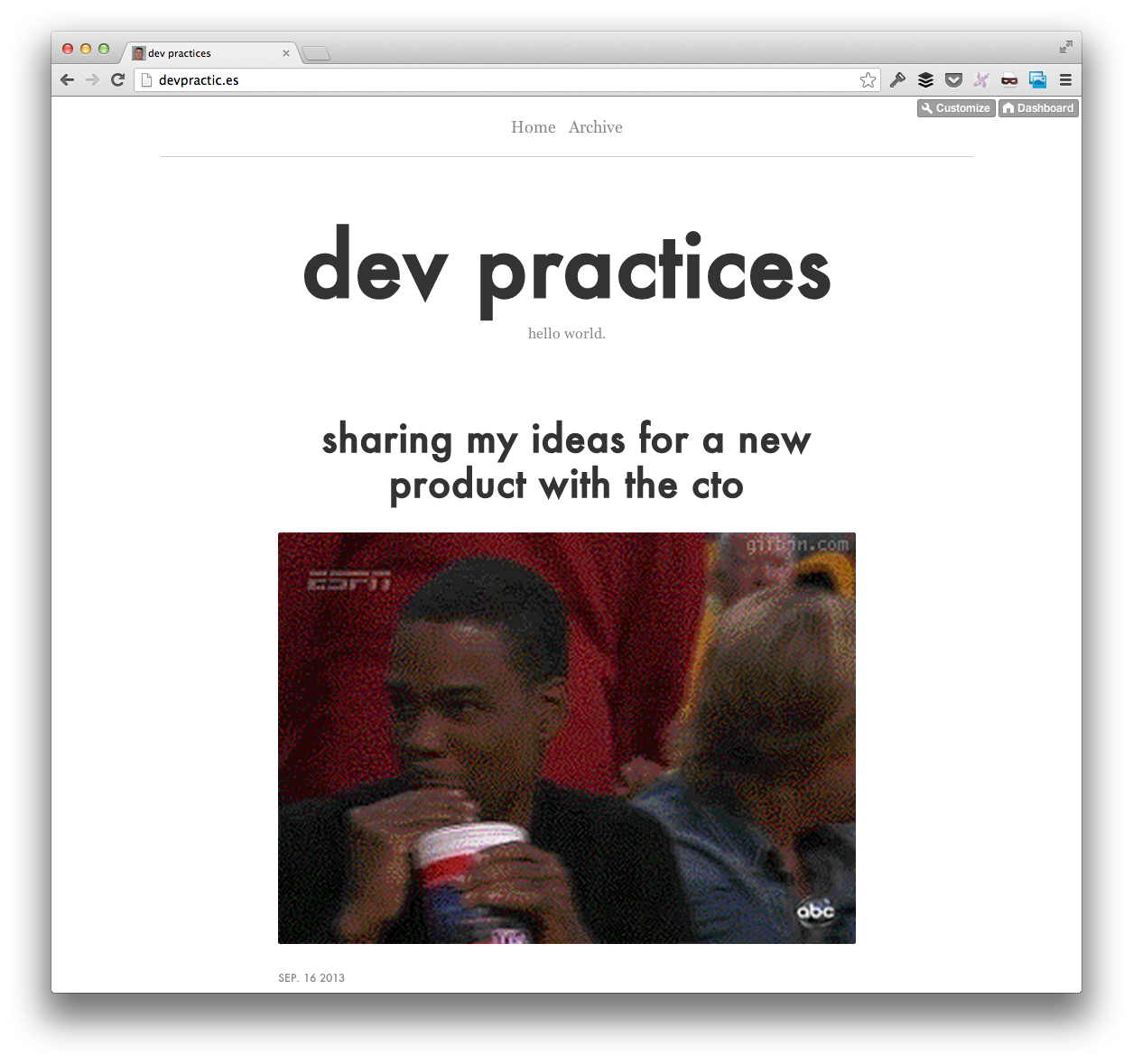 A couple of weeks ago, I started a Tumblr called Dev Practices. This idea isn’t unique and there are a handful of other similar sites (or people who tweet) about similar stuff in different industries.

But at the urging of a couple of friends, I opted to spin this up as something just for fun. If you dig it, awesome. If not, no big deal either.