By nature, the idea behind open-source software is awesome: a group of people contributing their time to building something greater for others to use.

For the longest time, I’ve been someone who has often benefited from open source, but aside from contributing tickets, bug reports, or documentation, I’ve never actually contributed code to an open source project.

Contributing to WordPress 3.5 is the first time that I’ve ever contributed code to a project, and I couldn’t be happier that it’s on an application that’s such a significant part of my career. 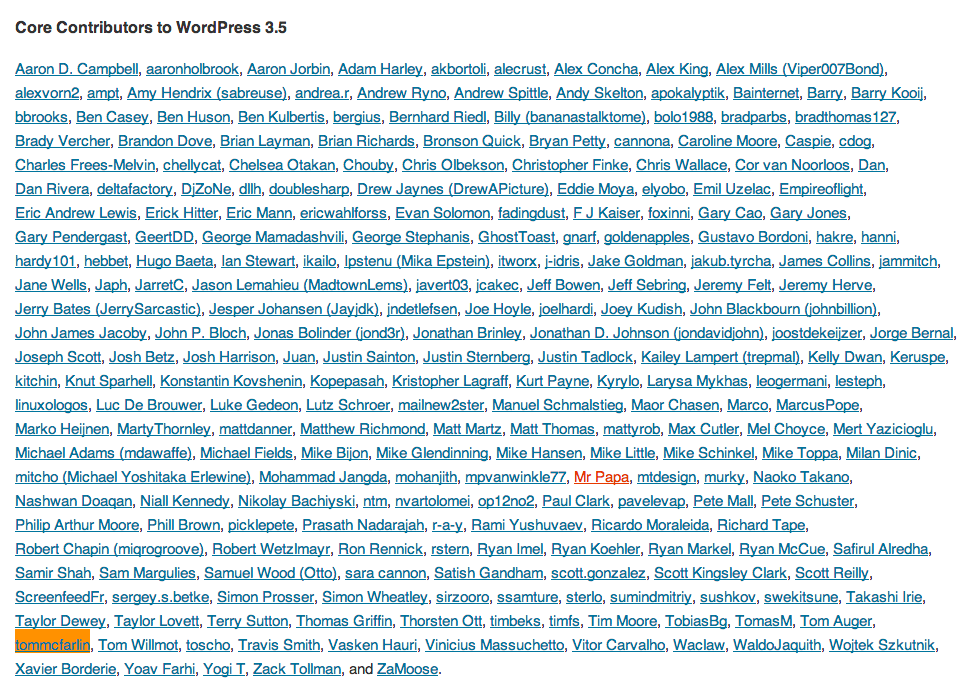 Though I’ve been using WordPress – for both blogging and development – for roughly seven years, I’ve never actually contributed code to the application.

Of course, it’s not because I didn’t want to – it’s because I lacked what was necessary to actually do it. Depending on your level of experience, this will likely look different for you.

The Challenge of Contributing

At some point, I think any programmer wants to contribute to his or her favorite open source project, but sometimes there are factors that make it more difficult.

Whatever the case may be, getting started with contributing to the core application takes time, energy, and education and that can take months – or even years – before you get to that point.

That’s what happened to me. In fact, I submitted a couple of patches several of which weren’t accepted because someone else provided better work (and I’m thankful for that).

To get started in contributing to WordPress, I recommend the following things:

It doesn’t look like much, but I highly recommend following Trac for sometime to understand how developers interact, how patches are created, submitted, and then accepted or rejected before going about it.

I’m simply glad to be a part of the group of people who contributed as I’ve got great respect for everyone involved.