Since the Dev Practices posts are scheduled so far out, sometimes I forget which ones are added and which ones are running on what day. It makes it all the more fun to run the site, but I digress.

One ran the other day that, although I thought was funny, was more “funny because it’s true” and less “funny, haha” or “funny, weird.” 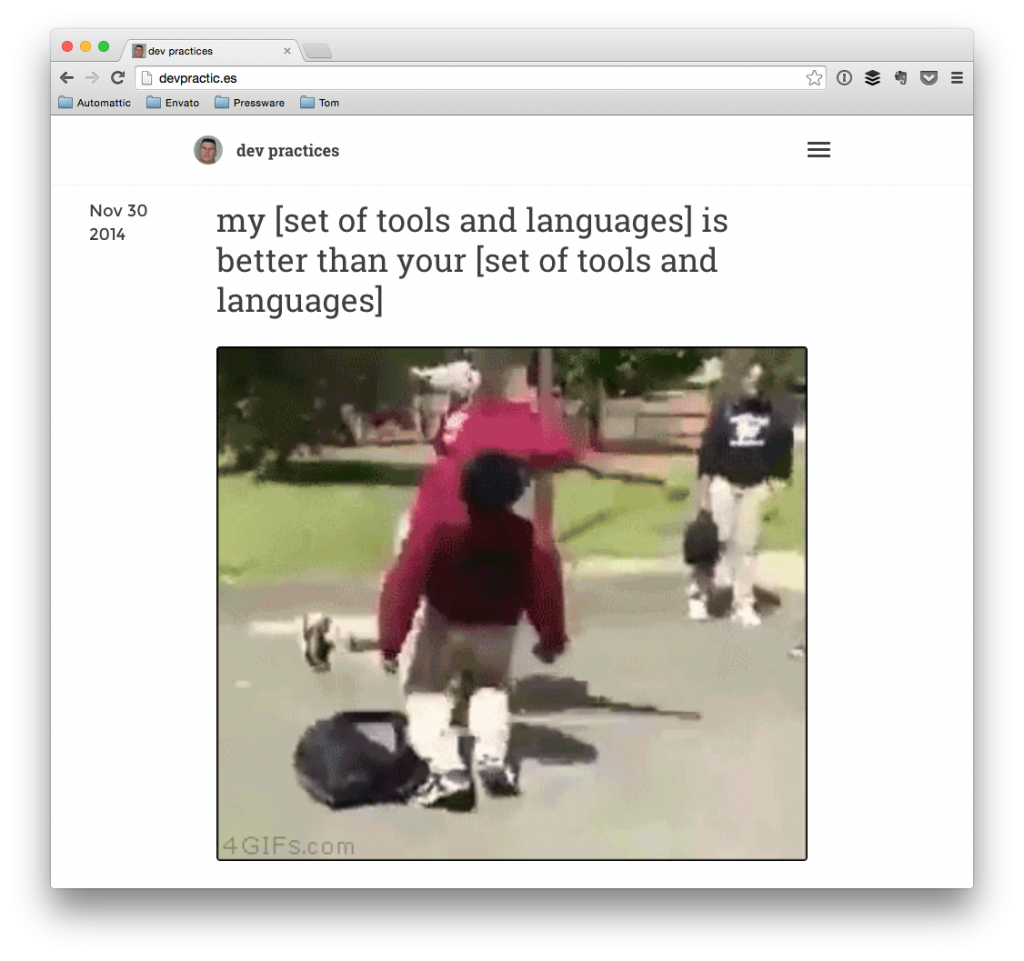 How many of you have found yourself in some type of conversation that escalated into an argument about comparing programming languages and tools and who’s set is better when all you were initially trying to do was to share what things you enjoy using in your day-to-day?

For example, when writing JavaScript, it’s relatively common among developers to use a linter such as JSLint or JSHint. The idea behind each of these tools is that it helps us to write higher quality JavaScript.

But if you are aware of them and you write a lot of JavaScript, then why not use one?

I think that wherever the area of debate ensues between what tools are best and why may ultimately hit a limit to where the outcome may not matter.

Sure, a full IDE is better than, say, using TextEdit but if you’re comparing two similar products (and an IDE and TextEdit is not that) then I think it comes down to how skilled a developer is with his or her given toolset.

I think there is something to be said for teams using the same set of tools when working on the same piece of software, but that’s the content for another post.

If another set of tools comes along that helps you be more productive, then try it out. But don’t blindly try something just because it sounds like it’s the next best thing and because everyone seems to be using it.

Instead, evaluate it, see how it fairs, and then make the change only if your productivity and your general enjoyment of using said application increases.