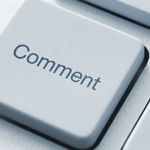 About a year and a half ago, I released the first version of Single Post Message for WordPress which is a simple plugin specifically for adding a notification at the top of the bottom of a given post.

For whatever it’s worth, it’s one of the plugins I’ve enjoyed creating the most not only because it scratched my own itch, but also because it’s an extremely lean, focused plugin that aims to solve exactly one problem.

The other day, Pippin William tweeted the following:

Good plugin idea for someone: add metabox to edit screen that allows notes to be entered and displayed just above comment form for that post

To which Japh Thomson replied:

And to which Andrew Norcross built and responded with:

You can read the entire conversation, but there are three things that I really dig about this particular exchange and the plugin that came out of it. But before discussing those, I think its worth checking out the WP Comment Notes plugin itself.

First off, I want to promote WP Comment Notes because it’s another example of not only a focused plugin, but one that came out of a need for someone and one that does one thing well.

Add custom notes before or after the comment form.

It doesn’t get much simpler than that, does it? So props to Norcross for that.

What We Can Learn From It

One of the best aspects of writing software for others is knowing that you’re solving someone else’s problem (or problems). Simply put, you’re creating something that didn’t previously exist in an effort to aid someone else.

You’re making their lives easier, and that’s a really cool thing, isn’t it?

Sure, there are times when complaints, bugs, requests, or whatever arise during the course of someone using your work show up, but the fact remains that people now have something to help them achieve something that they couldn’t previously do.

To that end, we’re in an connected world so share your needs – someone is bound to be able to solve the problem. Sometimes for free. And no, this clearly isn’t limited to the WordPress community. It just happened to manifest itself in my Twitter feed recently.

3. Props Where They Are Due

If you’re in it for glory, you’re in it for the wrong reason. There are plenty of people who aim to get into development, software, or something on the web in general with hopes of simply being known.

But I’m of the opinion that if that’s your ultimately end game, then you might as well get out of it. I mean, what’s the purpose of the means to get there? Is it not to do something that makes yourself and/or others happy? Is it not to help contribute back to something, or to put something good into the world?

Secondly, it’s not about competition. Far too often have I seen people bicker when they see someone create or build something that’s very similar to something they’ve created.

As I’ve said before, competition fosters innovation so rather than sweat the fact you’ve got someone else creating something that may be similar to your work, promote it, give ’em props, and see if there isn’t something you can do to make your work better.