The FUD of Working with WordPress

If you’ve read the title of this post, then it probably comes off as no surprise. When it comes to working with WordPress, maybe it’s even obligatory for someone like me to cover.

I don’t know, but I hope that doesn’t dissuade anyone from ignoring the rest of the words in this post.

But I do know that I’ve seen a lot of other WordPress developers and those involved in the community in some regarding talking about the latest results of the Stack Overflow survey and where WordPress falls.

That is, it’s high up on the list of “most dreaded technologies.” Before I share my thoughts, there are a couple of articles (and they are quick) that are required reading before proceeding.

The reason I want you to read those two articles is because they provide some background and perspective on where I’m going with my own take regarding this topic.

The Dread of Working with WordPress

I have almost nothing more to add to the topic of working with WordPress and the dread it causes some of the developers who are surveyed.

Chris did an unsurprisingly good job framing the current situation in a way that’s clearer than merely seeing a significant percentage and “WordPress” and “Dread” in the same sentence. 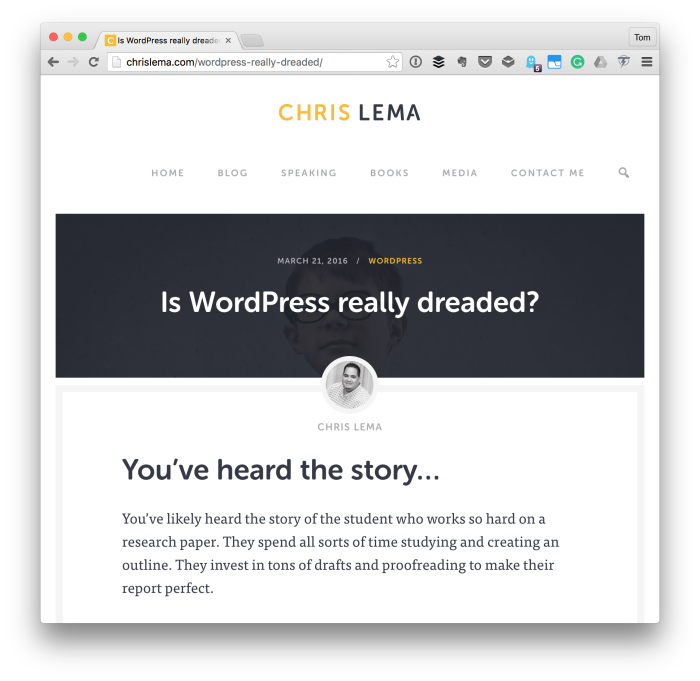 I do hope a lot of people read that post and take the framing of the data as he’s presented it.

The only thing that I would add is that this is not the first time that WordPress has appeared as a dreaded technology in the Stack Overflow results survey.

The results weren’t all that different in 2015.

Our Background in WordPress

For one reason or another, this is the first time I’ve seen those of us working with WordPress raise serious concerns about the results of the survey.

I’m not trying to be dismissive about this. It’s important for us to take note, to determine why people don’t like working with WordPress, and then to determine what’s the best course of action.

Perhaps there are things that we can do in order to make it a more pleasing experience. I’m sure everything has a wish list (though I’m not asking to read it in the comments right now :). 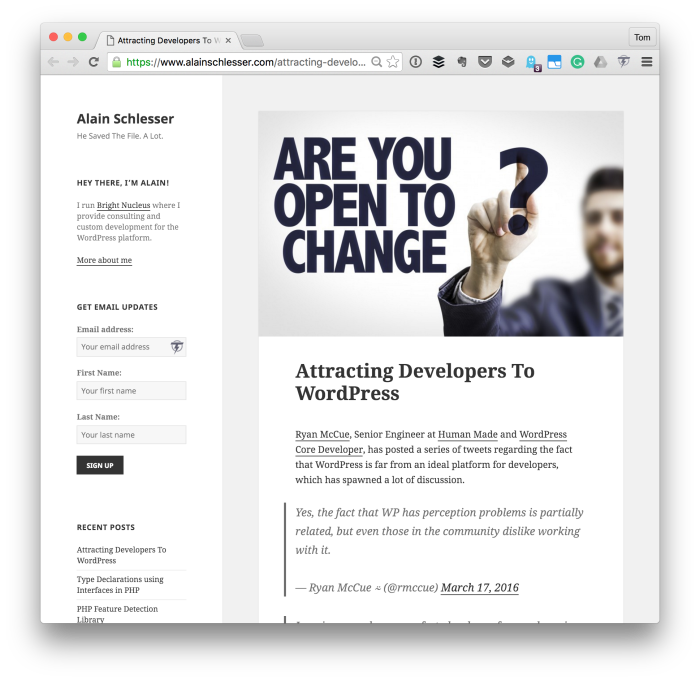 And perhaps there’s not much to do. This is subjective, though, and I think it depends on what you consider to be helpful when working with WordPress. For example, is it the need to have code completion in your IDE of choice? Is it the desire to have better dependency management through something like Composer? Or is there some other tool that’s yet to be created that you think we need?

Whatever the case may be, people come into the world of WordPress with a variety of different backgrounds.

I’d argue that the second case can be cause for some serious pain points if for no other reason that humans generally don’t respond well to significant changes.

This one hits close to home.

When we move from what we know to something we don’t know, then there’s going to be friction – even tension – and how we respond to it ultimately plays a role in how much dread we have for the technology.

Case in point: If you’re coming from .NET or Rails and you move over to working with WordPress then there is a very stark difference that requires a shift in thinking, in tooling, and in paradigms.

But humans are also incredibly good at adapting. Then again, we’re also not particularly fond of staying with something that makes us feel uncomfortable.

Given the size of the WordPress economy, the growth that we’re seeing with the platform, the reach it has both as a technology as an as a community (that meets with one another all around the world), I’d make the case that there are plenty of us who are enjoying the work that we’re doing.

But it does have a certain allure for people. And we end up staying, continuing to write about it, talk about it, build things for it and on it, and end up making a living on it.

Does This Breed FUD?

Imagine for a moment that you’re a young developer or a new developer and you’ve decided, for whatever reason, to get started working in development and you’ve opted to use WordPress.

Then you read survey results like the ones that are being discussed here, and you read some of the comments, tweets, and other articles about the results.

If you’re not ready for it, it can completely blindside you.

That is, it will have you second-guessing the path you’ve chosen for your career (or just your hobby) arguably more than anything else shy of someone telling you that your work sucks.

If this sounds like you, the first thing to note is that everyone’s work sucks at first. Everyone’s. I don’t know a single programmer who looks back at the things they were working on early in their career and thinks:

Man, I can’t believe I wrote such fantastic code when I first started out.

Truth be told, I have plenty of work in the repository and on GitHub that I’m not proud of, but that’s okay. Because the work I’m doing now is something that I am proud of and it will eventually eclipse what I’ve previously done.

Isn’t that what most programmers want to be able to say? I hope so, at least. Otherwise, I’m severely misguided. But I digress.

Seriously, though, things like this that are no different from any other hobby, career, or interest (although we often try to treat it differently).

And the same goes for programming. So don’t let this type of stuff contaminate your thinking in that you’ve made a bad choice.

If you’re someone who’s in a position where you’re second-guessing your choice as using WordPress and its associated languages and technologies as the backbone of your career, then stop.

I know, it sounds overly simplistic but hang with me as I’m writing this from direct experience.

There was a point in my career where I left the corporate world that was full of enterprise-level tools, processes, conferences and all of the exciting things that come with it, opted to start my own business, and chose to base it exclusively on WordPress. 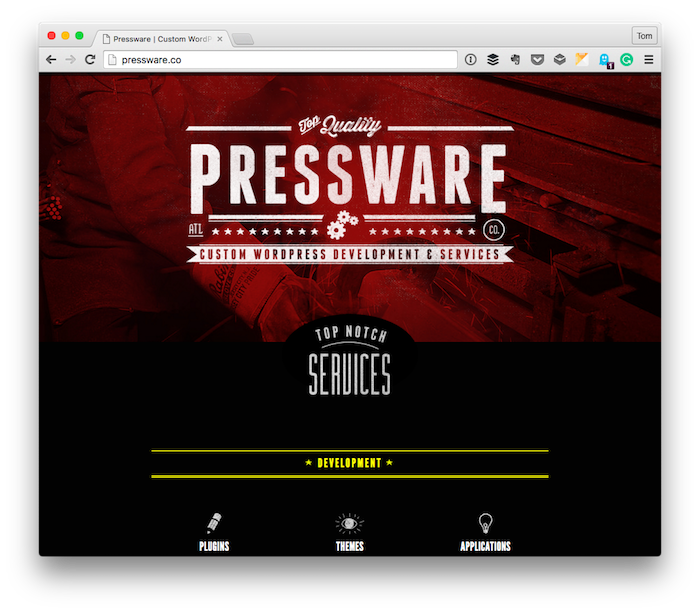 Throughout the journey from deciding to quit my job and work for myself, I second-guessed almost everything I did. This isn’t to say I didn’t want to work for myself, it’s that there was this constant wanting to make sure I was making the wisest decision possible for myself and my family.

At this point in my career, I’ve worked longer for myself than for any other organization. Hindsight is 20/20, sure, but I’m incredibly fulfilled in what I do and with the languages and tools with which I work.

All of this has happened because of WordPress.

So don’t let the FUD creep in and have you wondering if you’re going to be able to keep up with whatever other technologies are available.

There are always going to be other technologies available and if you spend all of your time chasing whatever is new then you’re never going to be an expert at anything.

Finally, although working with WordPress is considered a “dreaded technology” by a segment of the Stack Overflow audience, it’s worth noting that we do have our Stack Exchange (which is the foundation of Stack Overflow). 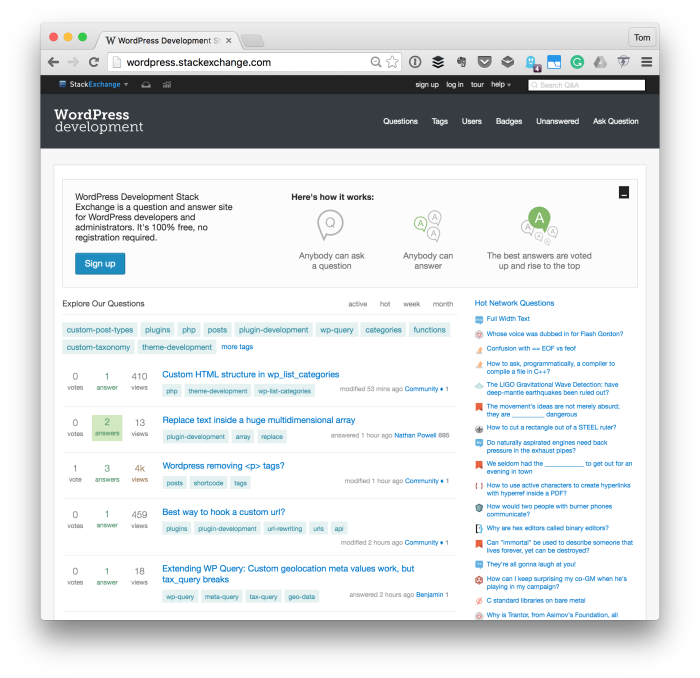 Having a community have its own Stack Exchange is not a simple matter of spinning up a site either. There’s this whole democratic process that it has to undergo before a site like this is spun up.

Don’t believe me? Check out Area 51 and read the FAQ. It mentions the following:

A good Q&A site needs a lot of people to support it, so users are asked to invite their friends and help build the community. Continuous participation is really, really important because each phase of the proposal has different ways to get involved.

This means that enough people must be active for a long enough period of time that there’s enough support to start a site.

And though we may be a dreaded technology, we were able to move out of the experimental phase that is Area 51 and on our own site.

For a technology that’s dreaded, that’s impressive isn’t it?

Although I think there are definitely some areas that we can improve as it relates to working with WordPress, I think it’s also worth making sure we’re keeping everything in the proper context. 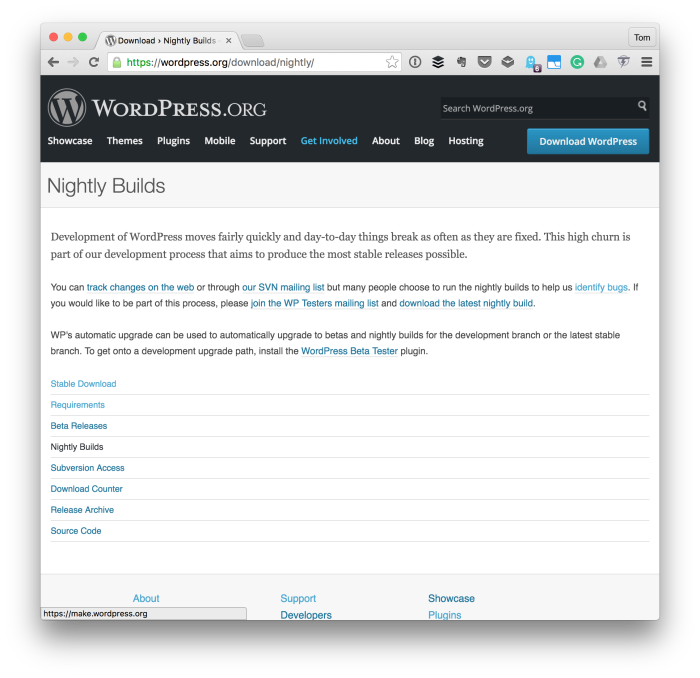 There are areas that are ripe for improvement and having constructive conversations on how we can achieve that are worth having, but camping out too long on the idea that other people don’t like working with WordPress isn’t productive.

I don’t like working with certain other technologies and I’m sure the same can be said about you, as well. And in that situation, I opt not to use those technologies, stick the ones I do like, try to learn them to the best of my ability, and make things better when possible. I ignore the rest.

So is it really that big of a deal? In some ways, it may feel like it, but remember the big picture:

We’re going to have mistakes and we’re going to have successes. It’s not going anywhere, though. And that’s exciting because I’d rather work with it over any other technology right now, and I definitely look forward to all of the other benefits it offers – from code to meetups and podcasts to WordCamps – as well.