WordPress For Christmas with WP Snippets

It’s a day after Thanksgiving so all of the Black Friday and Cyber Monday deals are going on – always fun to check out some of the neat deals online. 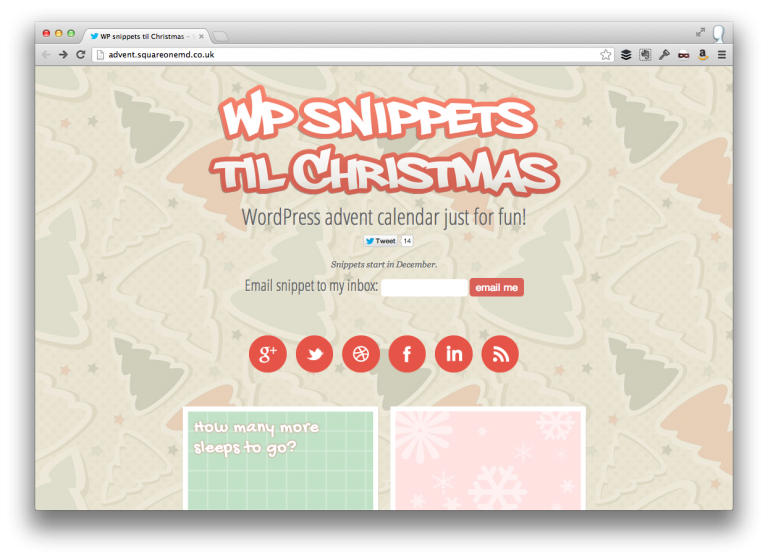 WP Snippets is a project for WordPress for Christmas. The idea is simple:

I’m a big fan of the newsletters that send a weekly digest of resources to your inbox, but this is a nice remix on the processor and a way to help level-up your developer chops.

One more thing: If you’re an experienced developer, be sure to tweet @ElliottRichmond. He and his team are the guys behind the project and are looking for some developers to contribute a few code snippets for others to receive throughout the upcoming month.