How To Find WordPress Comments That Are Missing Replies

A little less than two months ago, Pippin Williamson, Andrew Norcross, and I decided that we were going to collaborate on a WordPress comment reply plugin.

Specifically, we were going to work on a plugin that was going to make it easy for publishers to identify comments to which they’ve not responded. We also set the arbitrary deadline of having it completed by the end of WordCamp Miami.

We met the deadline, soft launched the plugin yesterday, and are officially launching it today. 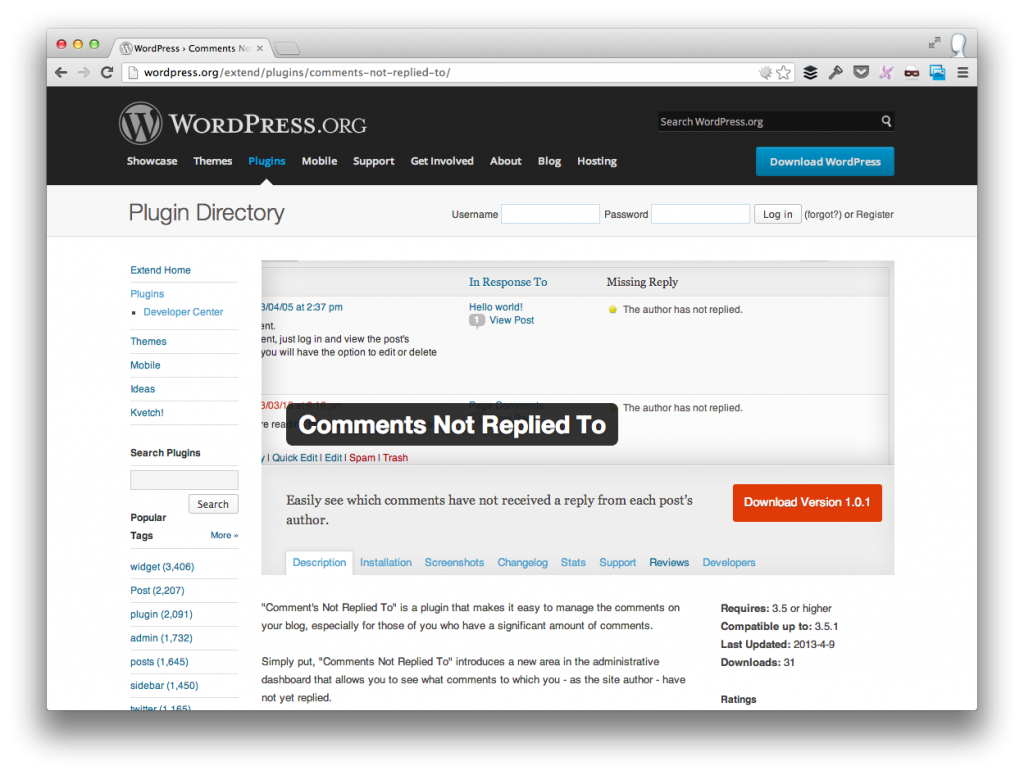 “Comment’s Not Replied To” is a plugin that makes it easy to manage the comments on your blog, especially for those of you who have a significant amount of comments.

Simply put, “Comments Not Replied To” introduces a new area in the administrative dashboard that allows you to see what comments to which you – as the site author – have not yet replied.

In short, the plugin adds a column to the Comments dashboard that makes it really easy to identify if the given post’s author has replied to the comment.

The WordPress Comments Dashboard with The Plugin Activated

If you’ve been around the blog enough, you know that this is what I call a “strong 1.0.” That is, it includes only the features that are needed to achieve the point of the plugin – nothing more, nothing less.

But that’s not to say that we aren’t all looking to improve it.

We’re maintaining all of the source code in a public GitHub repository where we’re actively maintaining issues, planning future features, and looking for contributions.

If you’re a developer and are looking to contribute to the plugin, be sure to open an issue or initiate a pull request.

For those of you who are looking to download and install the plugin, you can do so from the WordPress plugin repository, or from within the plugin’s dashboard in your installation of WordPress.

I’ll likely have more to share about this particular process in a future post, but for now, download the plugin, enjoy, and let us know what you think.