A Case For WordPress Code Comments 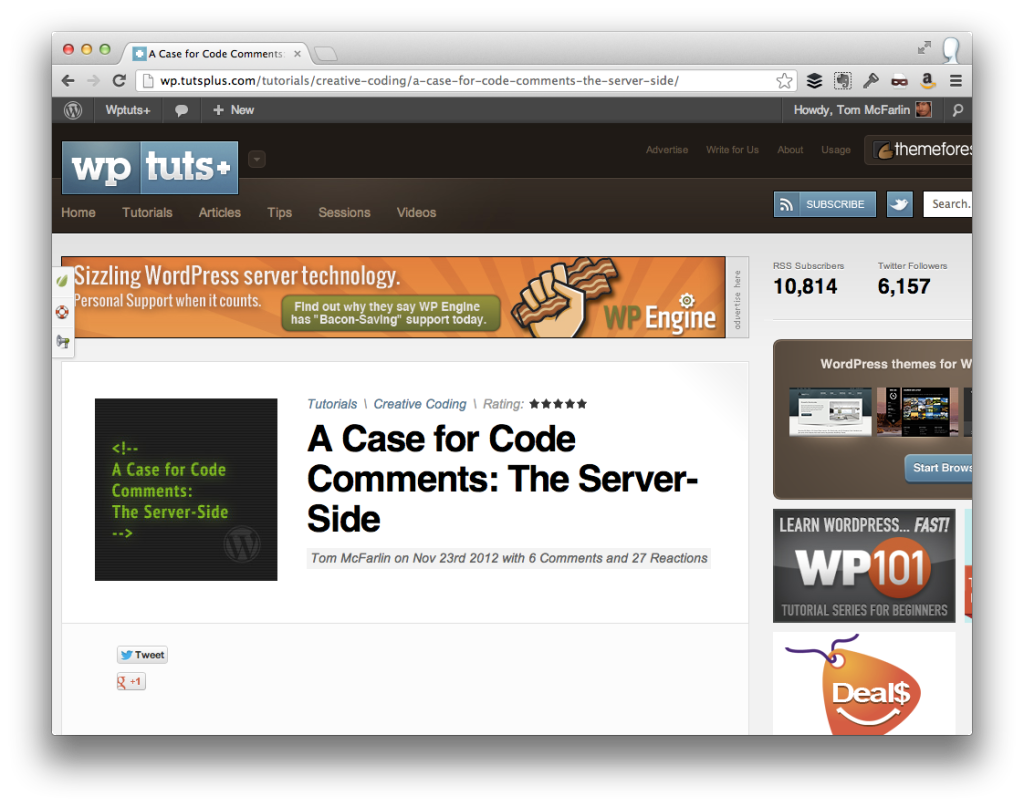 Source code – let alone WordPress code comments – is one of those things that often divide developers:

In my latest series on Envato, I discuss a case for WordPress code comments on both the server-side and the client side.

I published the series in two parts each of which cover the two different aspects of WordPress development: The server-side, that is, PHP, and the client-side, and that is HTML, CSS, and JavaScript.

In this article, I cover the following topics:

And I give code examples and links to resources for each of the above.

I also give examples and link to other resources for each of the above.

Above all else, the series is meant to provide a case for writing WordPress Code Comments – it’s not forcing any type of convention.

I think that we can all benefit from one another commenting their code especially in the open source (or, more specifically, the WordPress) space.