Separating the Vital Few From the Trivial Many

I’ve talked in earlier posts about my reading Essentialism and a lot of the information I’ve been gleaning from it. Granted, it’s slow going, but there’s a lot happening outside of reading at the moment. 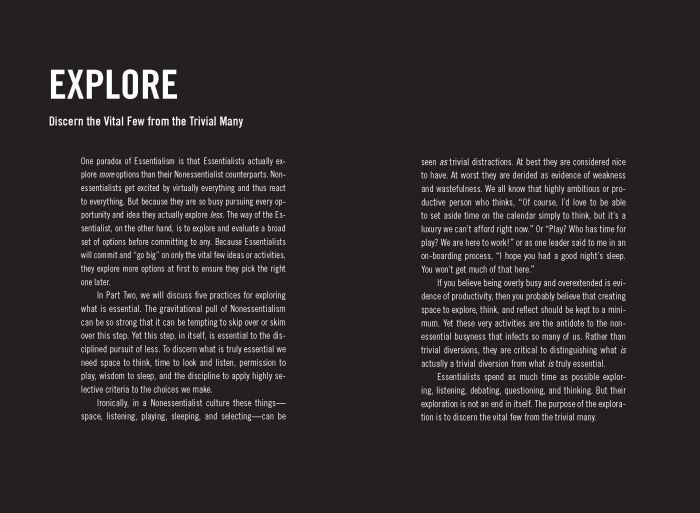 But I’ll share the point I’m going to be working towards regarding the rest of this post right now. One of the most timely quotes from the book is a bit long, but I think it’s worth sharing especially for those working on their business, their side projects, or even their day-to-day work wherever that may be.

Instead of making choices reactively, the Essentialist deliberately distinguishes the vital few from the trivial many, eliminates the nonessentials, and then removes obstacles so the essential things have clear, smooth passage.

In other words, Essentialism is a disciplined, systematic approach for determining where our highest point of contribution lies, then making execution of those things almost effortless.

Like I said, it’s a bit of a long quote, but if I could distil them for the sake of the things I’d like to share, I’d hit the following points:

For some, this reads like a big snore-fest so you can either check out now or keep reading, but I found this timely, and I think it’s something that many people struggle with (at least post on those who I chat with) so maybe it’ll be helpful.

So here’s my take on these points.

The Vital Few From The Trivial Many

For the past quarter, there are things that I have on my weekly list of things to do. Then I have things I’ve added over the three months.

Each week, when planning my week, I began to incorporate the things I added to the things that I have to do.

And this was essentially a setup for failure. 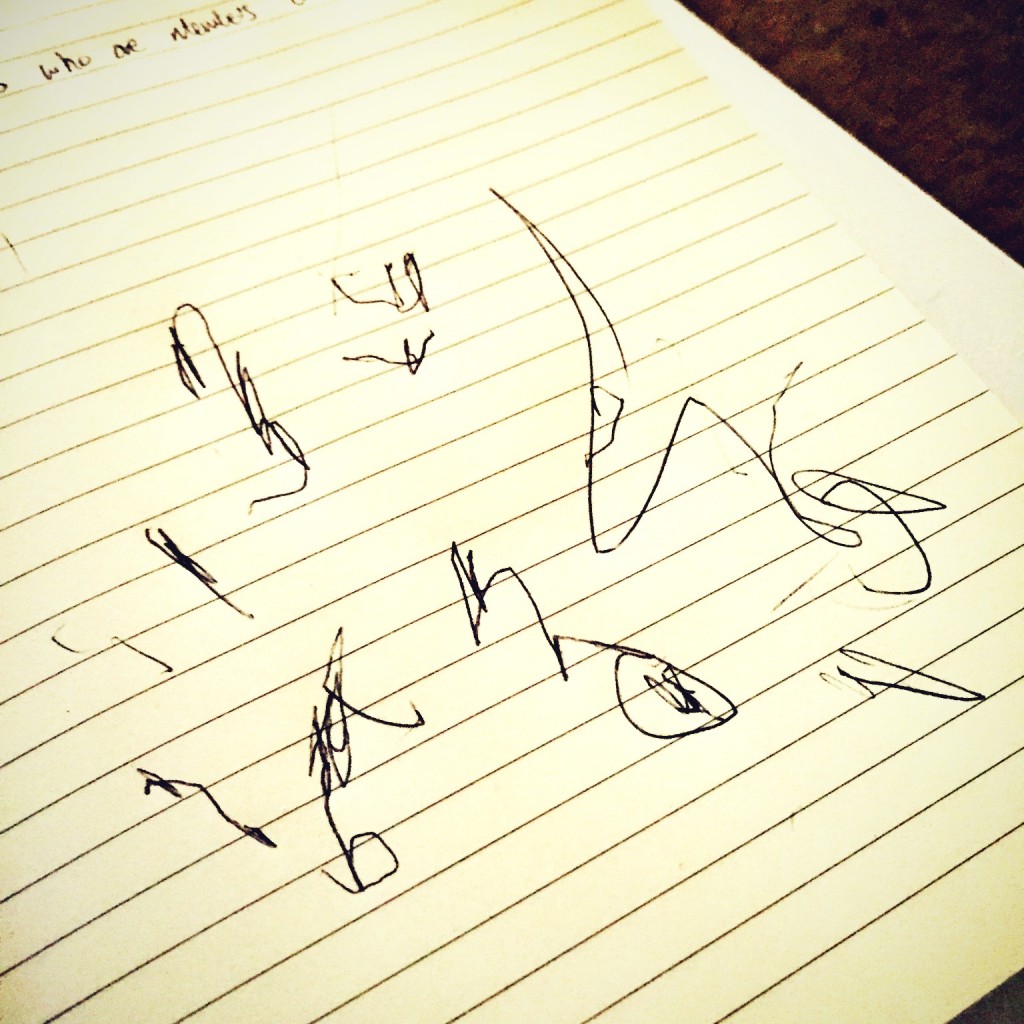 If only I could determine the vital few as my daughters do.

In short, I’d mixed the things I need to do – the vital few, in short – with those things I want to do (like study some mode on the guitar) which is part of the trivial many.

And when is that every a good thing?

Separate The Vital From The Trivial

Daily we are inundated with all of the things we need to do, should be doing, aren’t doing well enough, or could be doing.

This is symptomatic of always being available, I think, and I also believe that this comes from many of us love what we do, and we want to be able to provide some type of answers, content, response, etc. for all people who contact us.

The Vital Few: This is trivial.

But if and when things scale upwards, it’s simply not possible. More and more people are going to contact you or demand something of your time, and you aren’t going to be able to provide that.

Notice this is not to say that the trivial many are pointless. But they are trivial in context to the core things on which I need to focus.

Ultimately, it’s a matter of priorities. And when they are done correctly, it frees you from the burden of feeling like you have too much to do.

Perhaps the hardest part of getting down to the vital few isn’t so much identifying the trivial many – as that’s actually not so hard – but it’s removing obstacles that allow us to get there.

How do we do that? I don’t have a definitive answer, but I can share what I’m trying to do:

Again, though, this is is just how I’ve worked to remove obstacles. How you do it will largely depend on the context of your work, your peers, and what you do for a living.

Determining The Highest Point of Contribution

Case in point: Imagine you think you know where your highest point of contribution lies, but you chat with several of your peers, and they say you’re really good at doing [some other task]. You didn’t expect to hear that, but that’s where it helps the overall goal the most.

Whatever the case, identifying where you contribute the most to the things that are most vital in what you’re doing in your day-to-day can help everything else fall into place regarding knowing what to consider vital and what to consider trivial.

The challenge with this one is that it looks different for us all.

What Are The Vital Few?

When it comes to some posts, I like being able to list out exactly what should be done and give a definitive list of the how and why behind certain things.

In this case, I can’t do that. Instead, I can identify my vital few and my trivial many, but it’s going to look different for you.

Above all else, though, I know this: When you can sit down, work through what’s vital and what isn’t, it will create a sense of relief on the things you think you need to do versus what you need to do.

And, based on conversations I’ve had, I think a lot of us can benefit from simplifying the list of things to do down to what we need to do now versus what we want to do whenever time allows.