One of the things that I love about the open source community is not only how others can contribute to your work to create a better product, but how your work can be folded into someone else’s work.

@tommcfarlin I really want to appropriate this page template column idea (http://t.co/3ox9IcCv) directly into @wpstartbox. May I?

And I was more than happy to oblige.

This whole short exchange brought up several aspects of open source software that I really appreciate.

Depending on the licensing of the the software in question, developers aren’t necessarily required to ask permission to do anything regarding someone else’s work.

Specifically, View Page Templates is GPL and it’s free. Brian didn’t have to ask me to incorporate it into the project – he could have just done it – and if they turn a profit, then there’s a chance I’d see no cut.

Such is the nature of the business.

Additionally, I think that this shows that despite what is permissible by, say, law may not always be respectable. It’s the whole “just because you can, doesn’t mean you should” mantra. 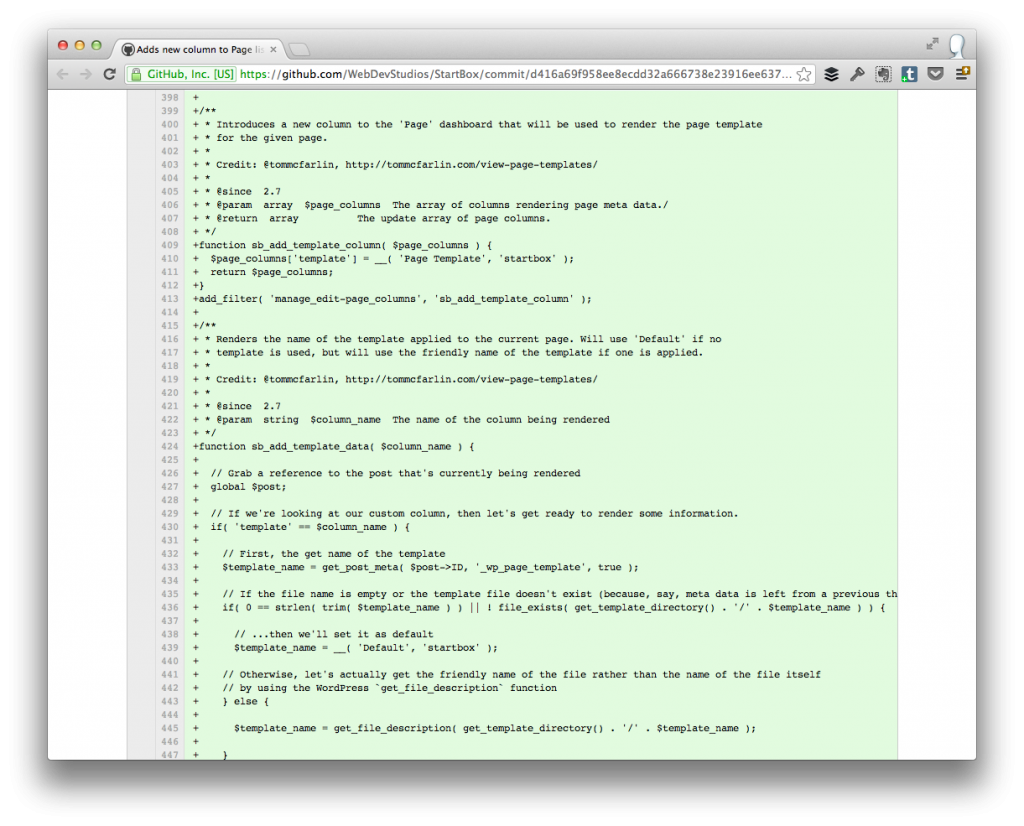 This point is very easy to belabor in the context of community-driven development or open source software, but the truth is is that this fosters greater collaboration.

I can speak first hand about working with with other developers other than Brian (such as with some of the guys at WooThemes, as one example) for us to help build better products of our own.

Case in point: Standard and WooCommerce didn’t always play nicely together thanks to a hook that both products were using. Rather than trying to hack a version of WooCommerce or hack Standard, our support guys worked together through the proper channels to file bug reports, resolve, and release.

Both products are better for it.

Finally, one of the things about a free market economy is that competition fosters innovation. There are a lot of products that do similar things each vying for a share of the market.

Perhaps the paradox of the open source community is that we’re not only doing that with, say, our themes, plugins, and other software, but we’re also asking others to make their contributions to our own products. And sometimes, people who are in our same market end up making said contributions.

It’s a bit of an enigma.

The bottom of line of all of this is that the open source community can easily be polluted with questionable ethics (which, I know, are subjective anyway), and the ability to simply do anything that you want because of certain legalities, but there is something appreciate about your fellow developer, his/her work, and respecting their time and efforts.

And you never know how stuff will play out. But, for what it’s worth, I’ve had much more success with collaboration and respect than anything else.