Confessions of a Social Networking Skeptic

TL;DR: I’m what you’d call a social networking skeptic and I have little trust in the services we use to house our data.

I’ve been thinking about writing a post like this for sometime. It’s not controversial and it won’t result in a lot of discussion, but it’s something important to me and it took a while to articulate everything it is that I wanted to say.

When it comes to working with data and applications, it’s important I have the ability to own my data.

But that isn’t completely true, so hear me out.

I know some people believe that open source gives them the ability to own all of the information that they give to the application, but that’s not always the case.

First, I think using nothing but open source as a personal philosophy is great. It’s not something that I personally choose to do, but I absolutely understand it and it does have a certain allure to it.

Secondly, when working with open source software, that doesn’t necessarily mean that the information that you’re giving an application will continue to be own solely by you. Take, for example, Instagram.

It’s a closed source application that uses third-party libraries several of which are open source: 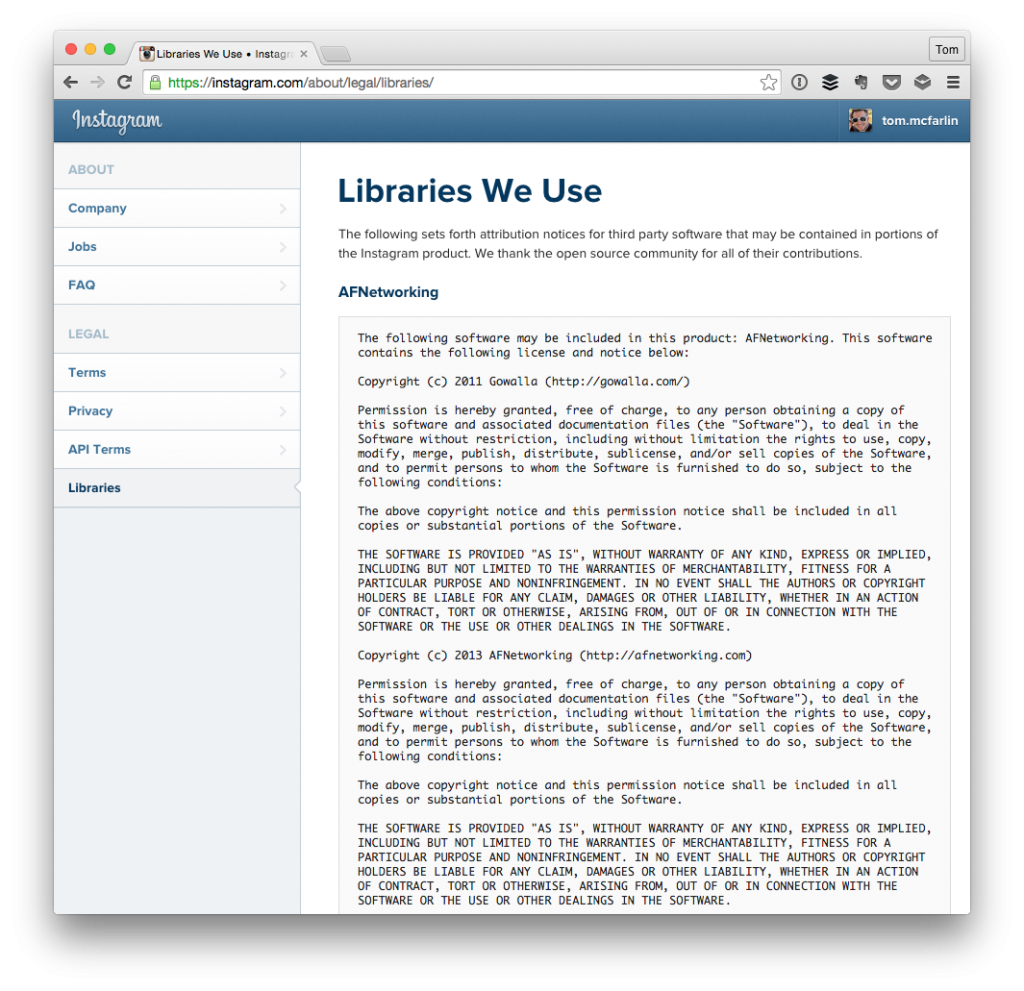 “We thank the open source community for all of their contributions.”

And that’s also fine. Using other libraries rather than writing your own – under the right circumstances – is one mark of good software development.

But do they let you maintain the ownership of your images and videos? This isn’t meant to call out Instagram specifically, but any of the social sharing services that are currently available (especially those that are popular).

To be clear, applications like Instagram do let you maintain a copy of your image on your Camera Roll (or whatever equivalent application your phone or device calls it), but that image is now stored on a third-party server where it may or may not persist from the moment it’s shared and whether or not you delete your account.

Again, for what it’s worth, I use Instagram as an example not because I’m out to vilify them, but because they were the first example that came to mind.

In this case, I’m specifically talking about social networking services.

First, I want to clarify what it means that I’m “okay sharing some of my data.” When it comes to backing up project files that are inherently open source (that is, I make a living off of WordPress so the majority of my work is open source anyway), I don’t mind sharing it with services like Dropbox or GitHub. 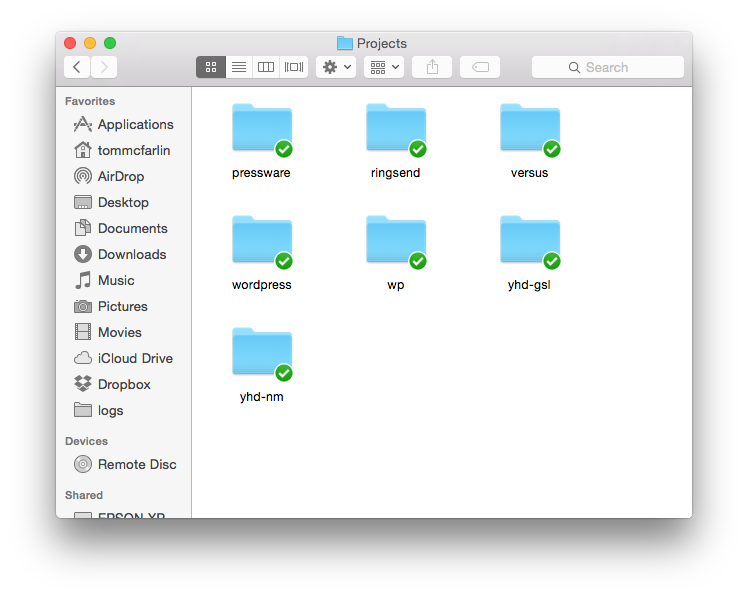 I also know that the aforementioned companies have had their fair share of being in the news for different reasons. But, for the purposes of this post, all of that is beside the point. Instead, what I’m trying to say is this:

Though I’m willingly entering into a relationship where some of my information is kept on a third-party system, I’m okay with that for the benefit that said service grants me.

Would I keep something like tax information or the social security information of my children in Dropbox? No. Would I keep a backup of, say, my latest WordPress project in Dropbox? Yes. Is this a universal statement? No – imagine if I were to be working on a project that, say, required I sign an NDA – would I want to take that risk? No.

So you see where I’m coming from: Each time I want to share something I know I’m handing over to a third-party, I try to decide if this is something that I want someone else to own or not.

There’s an article that I’ve seen circulating the Internet for a couple of weeks (though the original article is from 2011!) that I think sums this up nicely:

On the surface, it seems easy to dismiss the nothing-to-hide argument. Everybody probably has something to hide from somebody.

It’s not so much about hiding as it is about maintaining a level of privacy at a personal level.

Anyway, I know the first half off this is coming off as treating many of the issues much simpler than they deserve. That is, there are serious social issues surrounding all of and here I am talking about something as simple as source code and images when there are far, far for important things that exist.

I’m not making light of them, but they aren’t applicable to what I’m trying to cover. So to that, I digress.

The Choices of My Social Networking

So where am I heading with all of this? Ultimately, I’d love to make my way to specifically to WordPress and open source web software but that’s not going to happen in this particular post.

Anyway, the place I’m heading to all of this goes back to the original quote with which I started the article:

When it comes to working with data and applications, it’s important that I have the ability to own my data.

When it comes to work with data and applications of social software, it’s important that I have the ability to have complete control of my data.

In short, this means that if I opt to leave a service, then I want my information to be completely nuked. There is one service that’s an exception, but I’ll take more about it later.

Anyway, sure, I could take this into other areas than just social software, but because I’m careful enough as it is with that data (and because posts on that kind of information would take far longer to actually discuss), I’ve opted to leave it at that.

So like I said, it’s not so much about maintaining data ownership of more critical information – like tax records, et al. – but it has to do with the information that I share on social services like Twitter and other apps that we’re using on our phones and/or desktops. 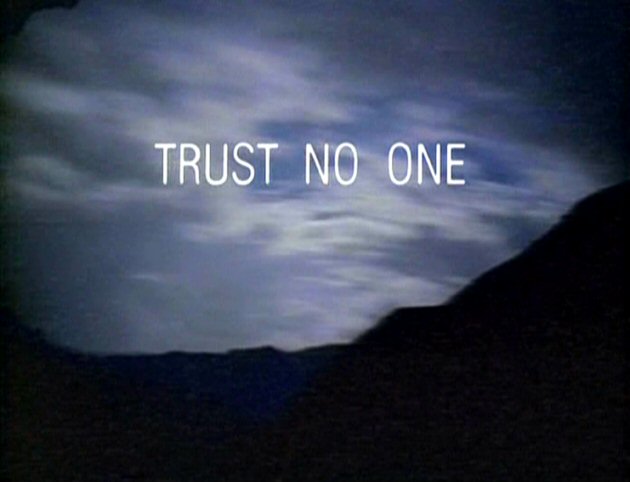 The X-Files was right all along.

I, like the rest of you, have my own reasons for opting into the services that I choose to use. For what it’s worth, I’m not really that active on social media. Other than Twitter, I have an Instagram account that I use to follow my family and my extended family (though I rarely, post), and I use a couple of other services strictly for family members and my closest friends.

I love that Twitter gives you the ability to download an archive of your data. I also know that there are some services that allow you to export your entire Instagram feed.

All of that is great, and though your information may not appear in the main feeds once you’ve deleted your account, is the information still being housed by the data services in one of their data stores?

And if it’s not, could they easily change their terms such that it is? We’ve seen a lot of stuff regarding this kind of behavior – at least in the States – over the last few years. But that’s as political as I’m going to get in this post (political discussion and the Internet are not my kind of thing, so I won’t even bother engaging in those types of discussion).

For me, pictures, videos, and location information is something that’s vitally important to me – they are snapshots of my life at a certain moment and at a certain place in time and as I have a growing family, those snapshots are becoming more and more important (and precious).

To leave the ownership of that information up to a third-party service is nothing something with which I’m comfortable. So, instead, I’ve opted to stick with services like Day One, where the information that I have can be kept locally on my computer and saved on, say, an external hard drive.

If I so choose to share it on another social service, than I can do that through features it offers, but if not, then I still have a record of what I wanted to capture in that moment.

The Next Big App

Here’s the thing: There are so many services that are available today all of which offer to do something unique with our thoughts, our images, our videos, and other media that are really cool, really exciting, and really unique.

And as someone in technology, that constant lure of the next-big-app is always present. Trust me, every Thursday when new software hits the App Store or when something new shows up in my RSS reader, I love reading about it.

I also have to temper myself from being an “early adopter.”

But the older I get (or the more mature I get – I hope :), the more I become much more wary of each application, its terms and conditions, and its privacy policy, such that I’m not sure the data won’t be stored for more than just my own posterity.

And this is not a knock against those who do – I used to do it. I get how much fun it is, and I get why some may opt-in for that. Totally cool. To each their own. But I, as of now, am opting to keep that stuff private more than not. 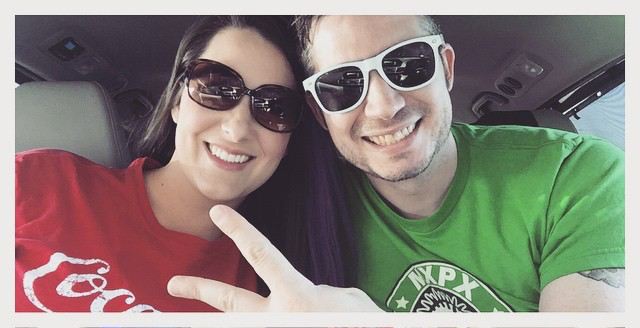 It’s just one of those things that didn’t become as important to me until I became a parent. For some, it takes another catalyst.

Finally, I know that many of you who read this blog are involved in software development, namely with WordPress, in some way and I’m definitely going to be coming back to WordPress in a future post because I think it’s strongly tied into this (I mean, we’re sharing our thoughts and our photos and other media within the platform, right?) but it’s a post in an of itself.

This post has already gotten long enough and I’m not sure who’s actually made is this far by reading the entire thing.

But there you have it – I, like many, am incredibly careful with sensitive information and I’m very skeptical of what social services are doing with the information that we share. As such, I’ve opted to keep that information closer to the chest than not.