In the past posts in this series, I’ve covered the following two topics:

Each of the above is meant to provide a primer for how to get started with writing very basic unit tests. Things can get more complex especially as an application or project grows (but that’s always true, right?).

But to make sure one is prepared for that, there’s one final component to unit testing that I believe we should focus on and that’s understanding the PHPUnit XML Configuration File (which you may have seen in other projects as phpunit.xml).

So in this post, I’m going to setup a simple project that uses PHPUnit, writes a few tests like the ones we’ve already seen, and leverages a configuration file to automate testing.

Furthermore, I’m going to do what I can to best explain the necessary parts of the configuration file so you can include one in your next project.

1. Stubbing Out The Files

Before getting into actually writing testable code, it’s important to know the files that will be needed to get the process working.

The following is, more or less, how we organize things from the outset of a project: 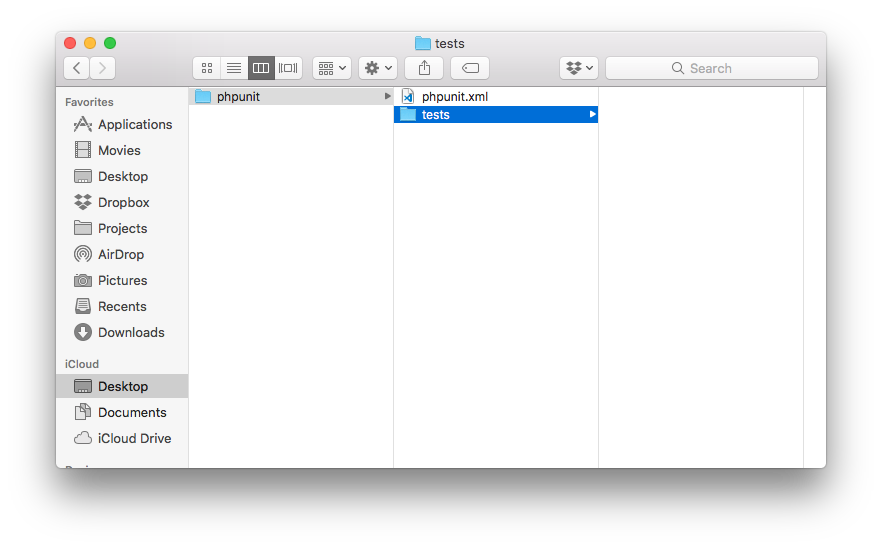 At this point, though, let’s take a look at the XML configuration file and then attempts to run PHPUnit automatically without any other parameters.

2. The Basics for the Configuration File

Now let’s understand what exactly we’re looking at (other than simple XML).

With all of that said, our XML file has everything that PHPUnit needs to run without any other parameters.

Remember, though, before proceeding through the rest of this article, I assume you’ve globally installed PHPUnit on your system using Composer. If not, review this article as it will provide you with instructions on how to do so.

Once done, you can verify PHPUnit is installed by enterting the following command in your terminal: 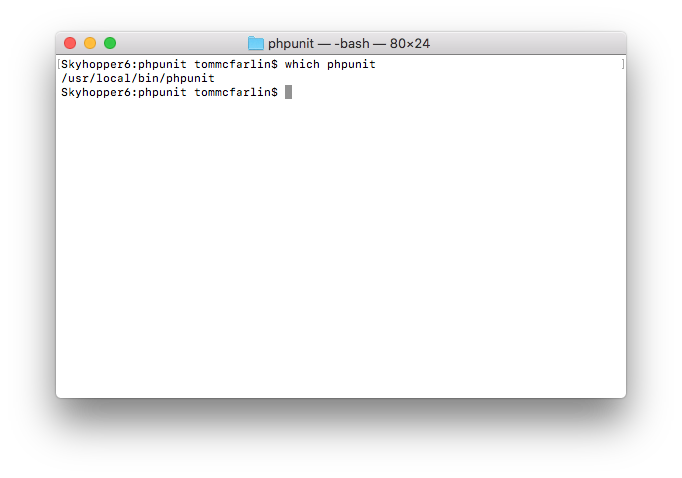 If you see something like the above, then you can execute PHPUnit anywhere from your system.

Before going any further, let’s write a basic bootstrap file. We’ll call it bootstrap.php and drop it in our tests directory. It’ll include the following:

This is a simple “autoloader” (which I hesitantly call it that given that it’s just iterating through files and requiring them, but it works for our purposes).

At this point, let’s set up a basic test.

If you read anything about test-driven development, then you’re likely going to hear about to red-green-repeat cycle. There’s a lot to be said about that and I recommend reading up on it, but it’s not the purpose of this post.

Instead, we’re more focused on actually writing tests that match what we need to do, right? So with that said, let’s do the following:

Now, from the Terminal, change directory into the project’s directory (which is admittedly lacking, for now) and then simply run phpunit:

Assuming all is setup correctly, you should see something like this: 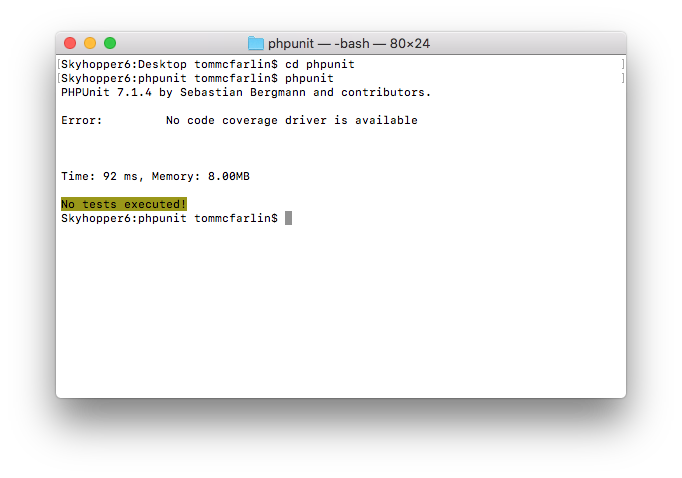 Since we have no code and no tests, we’re naturally going to see the output above, right? So let’s write a single test that will execute (and fail) since there’s no code for it actually to test.

First, in the tests directory create a file called AcmeCacheTest.php. And let’s have it do something simple like instantiate a cache object that we’ll eventually create.

Before running the test, notice that we:

This is part of what makes using PHPUnit so easy. Once that’s done, run the following code from the root of your project:

After that, you should see the following: 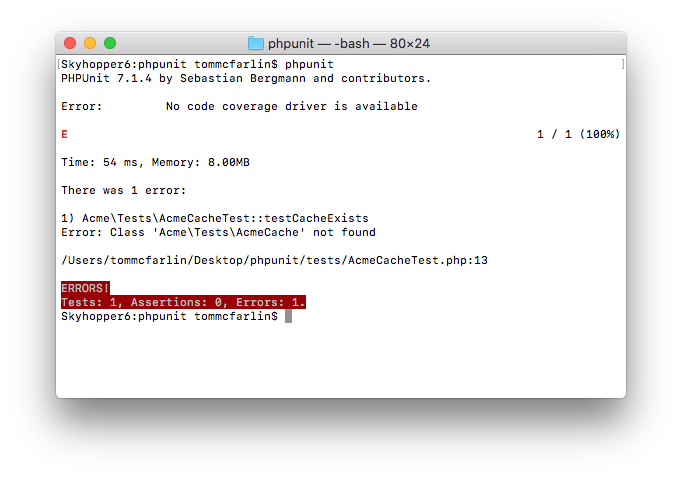 Notice that this will yield a failing test and it will tell you where the problem was found, the file, and the line.

To fix this, we need to write a class:

The basic passing test (which will be based on previous code) will include the following:

First, let’s test that we’re able to set up the class and that it’s not null. This is a bit of an unnecessary assertion since we know we’ll have a class properly instantiated, but it gets us into the groove of writing tests:

And run the test: 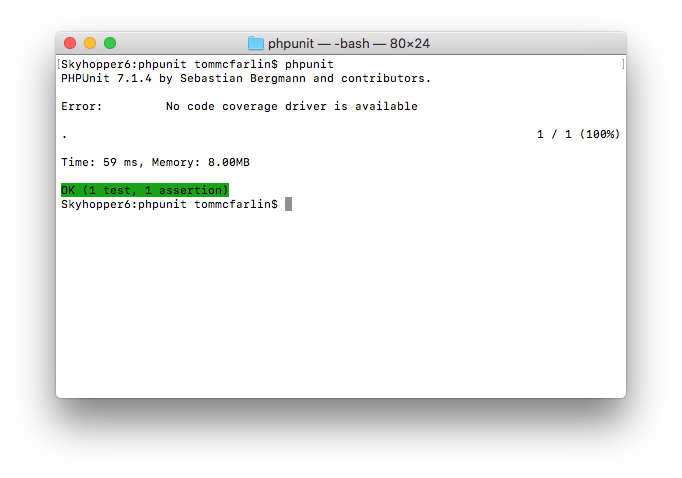 Next, let’s verify the default value of the cache is set:

As with the previous step, run the tests, and you should now see two passing tests: 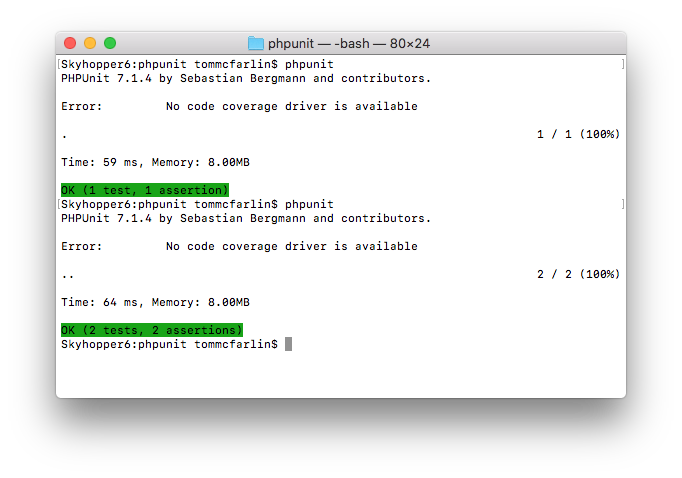 Finally, let’s test to see if we’re able to successfully change the value:

And the final three passing tests: 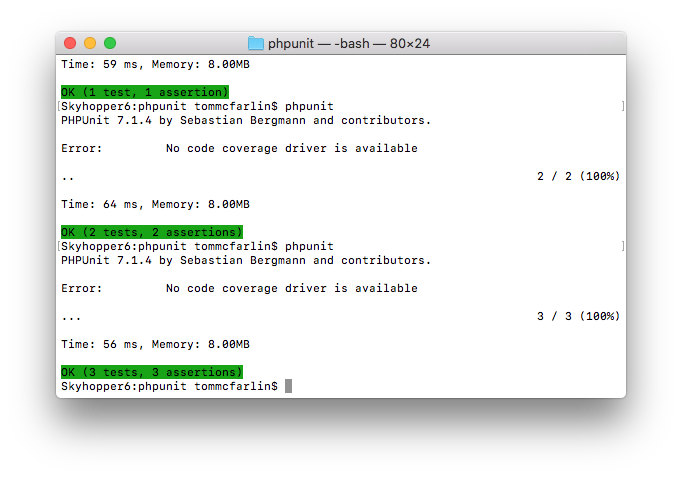 And there you have it:

Granted, it’s simple, but this lays the fundamentals for so much more than what many people already do with their tests.

Further, it gives you something to build upon as your testing chops grow stronger.

Is There More? (Always, Right?)

Finally, if you’re eager to really dive into the configuration file, you can read the manual’s in-depth explanation of it.

Note, however, everything that’s outlined above aims to be what you need to get started with setting up your own PHPUnit XML Configuration file.