There are a lot of reasons that people are excited to have the WordPress REST API merged into core.

I think some are excited because they won’t need to include the plugin dependency anymore; others, honestly speaking, I think are happy to see it merged for the sake of it. Whatever the case, having the entire infrastructure is core is neat, and I’m excited, but almost none of the client work I’m doing at the moment warrant it.

I believe that will change, though, as people learn what we can do with it. But until that time comes, one of the things I like to do is try to think broadly about what could the REST API offer that isn’t directly related to blogging.

And this leads me to a much broader question.

But before I get to that, I think it’s important to think through how some of our existing software works.

If You’re a Developer…

Think, for a moment, about the last piece of software you installed to help get your server stack up and running. That is, think about whatever tool or tools you use and what was required just to get a development environment going. 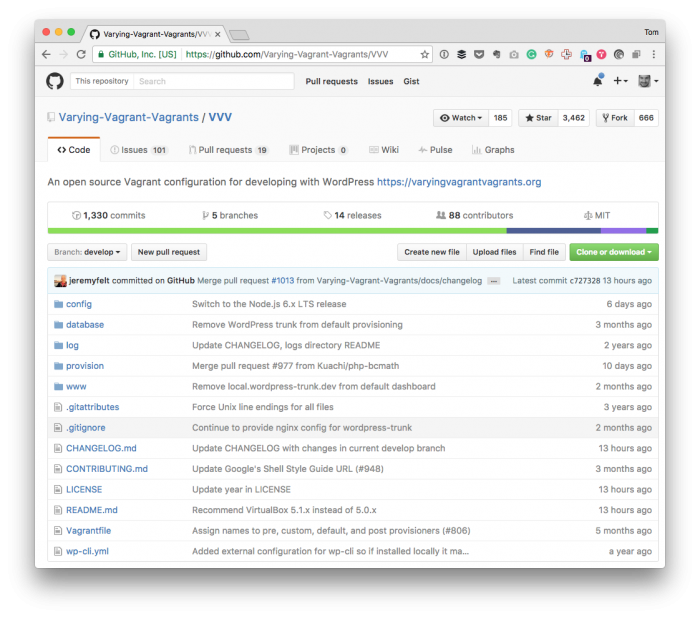 I’m sure it included a web server, PHP, and a database server. Some may even include virtual machines, alternative servers, languages, and so on.

If You’re a Designer…

How much software is required to install your creative suite? That is, how many utilities are required when you install a particular program?

Whether or not that’s a good thing or not is irrelevant. As I mentioned at the outset of this post, thinking about WordPress, the REST API, and other potential projects lead me to the following question:

Is it unreasonable to expect a person to install a desktop app that will require a web server, a database server, support for a programming language, and WordPress to run an application?

There was once a time where I would’ve laughed at this, but now? I’m not so sure. I mean there is so much software that even the typical user installs that have significant dependencies.

On top of that, a lot of operating systems are shipping with some languages like PHP, Ruby, Python, and more already installed. Is it that far-reaching to assume that their machines don’t already include a portion of the software a WordPress-based application would require?

I Don’t Think So

The more I think about it, the less outlandish it seems. As long as the application solves a problem the user has, they don’t necessarily care (or know) what’s powering it.

I mean, the user interface is more-or-less the application to the user. How it works is secondary.

With all of that said, I get more excited about the potential of possibly building applications that can run on the desktop, that is powered by WordPress, and the user not knowing the difference.