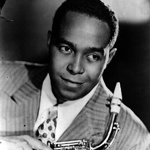 The first time that I talked about contributing to the WordPress codebase was just over a year ago today.

Granted, I’ve made other contributions that have been made to the WordPress project since then – updating Codex articles, working on the JavaScript standards, and so on – but I’ve not actually had a chance to commit code to the project until this release.

And like many of the people who are using WordPress 3.8 for the first time today, I’m more excited about this release than I have been for a long time.

I’ve no intention of actually running down the list of features or updates to this particular version as you can read all of that fun stuff elsewhere.

However, I did want to share some thoughts on being involved with the project for the last few years for those who are looking to get involved, and to those who have been involved.

If You Want To Get Involved…

There’s no shortage of ways to do this, but I know that you likely read this material on other blogs, as well.

It’s the same stuff across the board, right?

And all of that is great. I am certainly not downplaying the significance of either of those (trust me, I know how frustrating it can be to try to look something up in the Coded and see a page stub!).

But for those designer and developer types, oftentimes “get involved” means “write code.”

And everyone’s advice around this particular area will differ: Some will tell you to find something that you’re normally not used to working on, and try to resolve a ticket – it’ll help challenge you and make you a better programmer.

But I’ve got an alternative approach to offer that I think can still help expand your chops all the while keeping you grounded when working on something you love.

In short, I’m a big fan of JavaScript and have done what I can to contribute to that aspect of WordPress; however, it wasn’t until I began chatting with K. Adam White about updating the coding standards, and then following his lead and working with others to organize what needed to be done.

More specifically, he, and the rest of us who worked to close a number of tickets for this release, all picked this area of focus, and then did what we needed to do in order to close the tickets.

Sure, some of the developers are also involved in other areas of the codebase, but I’m not one of them – at least not right now.

But here’s the benefit to this approach:

So just because you’re working on a part of the project that includes a language – or languages – that you know, that doesn’t mean you aren’t going to have potential to grow as a developer, nor does it mean you’re going to be bored.

All that to say, if you’re a designer or a developer who is looking to contribute to the codebase of the WordPress application, perhaps rather than trying to find low-hanging fruit in Trac to close just for the sake of earning props, try looking for areas that align with your interests and your core competencies.

I think you’ll enjoy the work that you do more, and you’ll still be able to grow in ways that other projects can’t help you simply by nature of having to work with a distributed team of volunteers.

And For Those Who Have Been Involved

Thanks a ton for all the work that you’ve done, especially as it relates to encouraging others to contribute patches, bug reports, and so on.

There are still a lot of developers out there who want to help make the project better, but aren’t sure where to start. I was one of them (and still am, honestly).

But having the welcoming community of developers makes it all the more fun and interesting.