Go Ahead and Admit Your Mistakes

It’s human nature to want to showcase our successes and mask our failures, but the truth is that no one has any success without actually failing (and likely several times over at that).

Unfortunately, I think that developers may be more notorious than others for this. We’re good at criticism, trolling, and flat out demeaning other people’s work, but we’re not so good at accepting it when it comes back around to us.

Although this is may be a bit idealistic, it shouldn’t be that way. 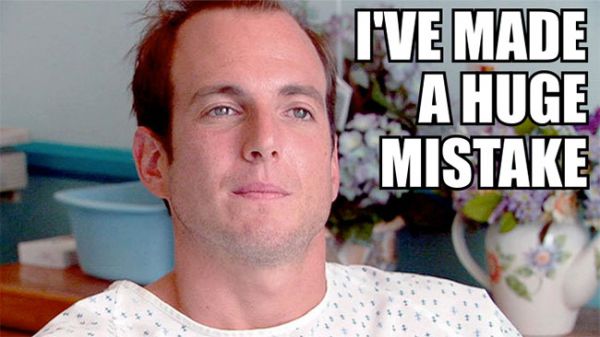 Perhaps the most ironic part about dealing with failures, mistakes, and all that jazz is that we’ll constantly quote people like Thomas Edison, Andrew Carnegie, Abraham Lincoln, Bill Gates, Steve Jobs, and other notable people in history as sources of inspiration despite their failures, but when it comes to actually admitting that we’ve messed up, we’re not so good at it.

Can we really be faulted for that?

We live in a time where many of us are sharing an extraordinary amount of information about our projects – or even our lives – for others to see, and, unfortunately, if something slips out that shows we don’t have it all together then someone is bound to get on our case.

I almost didn’t write this because it sounds so cliche and redundant that there’s almost nothing new to add to this.

But, for whatever reason, it appears that we get our kicks more out of looking at the ones others have made than generating anything positive from our own let alone encouraging others, but the truth is that the majority of the blog posts that I write come from mistakes that I’ve made while working on projects.

Straight up: I fail. A lot.

There are even posts that I’ve made where I thought I was giving good advice only to receive better advice in the comments.

Sharing what you’ve learned – even though you’re putting yourself out there – makes it easier to better yourself through the help of others, and it helps to help others, as well.

At some point in our lives, I’m sure that we’ve all been told that learning from your mistakes is significant because it helps you to learn not only the right way to do something (or how something works, or what have you), but it helps to solidify the idea in question.

To that end, sharing what you’ve learned through your own mistakes may be viewed as a shortcut to helping others learn, but the truth is that if you provide a good explanation is to why your first attempt(s) failed, then you’re doing a good job of processing your own mistake all the while educating them.

And that’s rewarding for both parties, right?

Finally, don’t be afraid to admit the lessons learned are from personal mistakes or failures. As mentioned, we all make them. If nothing else, it shows that you’re working on stuff, learning, getting better, and then by sharing it you are aiming to help others.

So failure should be a lot more about helping others learn from the mistakes you’ve made, and a lot less of chastising others for them failing at something you didn’t have a hand in in the first place, right?

Let’s aim for the former.